What Russia Can Do for America 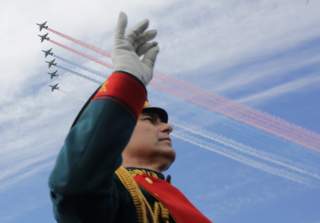 President Trump came to office believing that there are no great strategic issues that divide Russia and the United States, that there is no longer a great rivalry between them: Russia is not the superpower the Soviet Union was, having lost most of its population, all of its satellites and what was left of the mystique of Communism. He came to office believing that some rapprochement should be possible. The only serious problems were in Ukraine, which Russia fails to accept as entirely independent, and in Syria, where all agreed on the unacceptability of Islamist extremist movements, particularly ISIS, but the Russians and Iranians supported the Bashar al-Assad regime and the United States and its tepid European allies supported secular opponents of Assad and ISIS. The American response to Russia became entangled in its relations with China and with the Western alliance that had been largely allowed to crumble under George W. Bush and Barack Obama.

Trump’s initial conception was to put pressure on NATO to become an alliance again, rather than a bunch of free riders in search of an American military guarantee, and to persuade the allies to pay their way; then to roll back the excessive concessions that had been made to Russia by Obama, especially the deferral of antimissile defenses for western Europe. The next stage in the sequence was effectively to trade Russian acceptance of the complete independence of Ukraine, and the Baltic and Caucasian former Soviet republics, in exchange for an end to sanctions and the Russian retention of Crimea and the sections of Georgia that Moscow seized in 2008­—Abkhazia and South Ossetia. Trump would not attempt to incite democratic protests in Russia, and Russia would refrain from attempting to influence U.S. elections.

This seemed a reasonable and possibly attainable framework, but it quickly became mired in the spurious fabrication, spread by the Clinton and Obama Democrats and the Trump-hating media, that Trump had colluded with the Kremlin to rig the U.S. election. This must rank as the most inane charge ever to have been leveled at an American administration for over six months without being supported by a scintilla of evidence, but it has made it more difficult for the Trump administration to make real progress with Russia. That process was further complicated by Russia’s tolerance of Assad’s use of poison gas on Syrian civilians, in emulation of his late father. This led to President Obama’s infamous “red line” fiasco. Trump sent a different message when he retaliated to a recurrence with fifty-nine cruise missiles against a Syrian air base.

The United States has also been working with Russia to replace Iran with Turkey as the local player in Syria and Iraq. The antics of the Recep Tayyip Erdoğan regime have been almost as bumptious as Putin’s, and such progress does not come quickly. The United States has no problem with a Russian naval base on the Mediterranean in Syria (and Russia is not a serious threat to the U.S. Navy), and whatever its irritation with Erdoğan, the United States would like to get the thousands of Iran-backed militiamen out of Iraq and Syria, stop the Iranian pipeline of advanced war supplies to Hezbollah in Lebanon and Hamas in Gaza, and reduce Iranian influence in Iraq (the emergence of which was not the purpose for the immensely costly American occupation effort there).

The Western alliance—despite grumblings from defense-light, climate-change-frightened and Ukraine-averse Germans and others—is shaping up. Excellent relations seem to exist between Trump and the relatively new British, French and Canadian leaders. Putin has ceased trying to muscle Americans out of Syrian airspace, as he routinely did with Obama. U.S. goodwill is worth more to the Russians than any degree of friendliness with Iran, and Washington can extract a useful price for that goodwill. The gigantic canard about collusion between the Trump campaign and the Kremlin cannot possibly preoccupy the American political arena much longer.

The greater complication is with China, which has sired the greatest problem: North Korea. The Democratic fantasy that China can easily be induced to defuse North Korea is of a piece with the delusional appeasement of Pyongyang by the last three administrations. If the United States pushed Russia too hard in the less contentious matters between those countries, it would propel Putin, with all his mischief-making potential, into China’s arms and more tightly into the embrace of the Iranians.

This would be untimely. Among the options that will have to be considered to reply to the twenty years of total failure in coping with North Korea are: drastic measures to cut the Chinese surplus in U.S.-China trade; revoking the student visas of hundreds of thousands of Chinese in the United States; abrogating the one-China policy with respect to Taiwan, and arming the latter to the teeth; and not only providing the United States and all its allies with a massive, air-tight antimissile defense but making it clear that either Japan and South Korea will become nuclear military powers, or they will be on such intimate military terms with Washington that the effect will be the same in the event of North Korean provocation.

The North Korean chickens are coming home to roost, but it is not too late to reverse the Clinton-Bush-Obama surrender to the Kims. This will require straight talk and possibly stern measures with China, but need not prevent a modest improvement and normalization in relations with Russia.

Image: A member of a military band performs as Russian fighter jets fly in formation during the Navy Day parade in Kronshtadt, a seaport town in the suburb of St. Petersburg, Russia, July 30, 2017. REUTERS/Anton Vaganov​