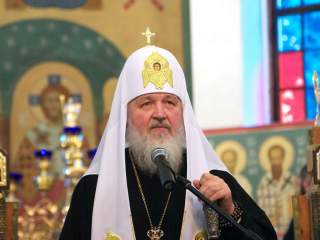 Although the Patriarchate of Constantinople holds a place of honor among the fourteen canonical Orthodox Churches, it is the Russian Orthodox Church (ROC), the world’s largest, that has emerged as the leading spokesman for Orthodox Christians. Its influence was clearly on display during preparations for this summer's first-ever Pan-Orthodox Council, when it convinced the heads of fellow churches to abruptly shift the venue from Turkey to Crete by suggesting that difficulties might arise in Turkey because of that country’s current tensions with Russia.

It was then able to ensure that the Ukrainian Orthodox Church (Moscow Patriarchate) remains the only one recognized as canonical, and that the rival Ukrainian Orthodox Church (Kyiv Patriarchate) received no invitation. Finally, in a significant blow to Ukrainian ambitions to establish their own national church, it obtained a pledge from Patriarch of Constantinople that he would not encourage a self-governing Church in Ukraine, or undertake any actions that might legitimate the self-proclaimed Kyiv Patriarchate, “not at the Council; not ever.”

Finally, this month it agreed to another historic first, a meeting between Pope Francis and Patriarch Kirill of Moscow, which both sides are describing as an opportunity to promote collaboration on the key international issues of the day. Such collaboration is already commonplace in European venues, where Catholics and Orthodox frequently combine forces to defend Christian values. Now they hope to formalize their partnership, expanding it to the Middle East and elsewhere.

Each side brings notable strengths to this alliance. Catholicism brings its global reach, a deep Western intellectual pedigree and considerable financial resources. The Russian Orthodox Church bring its considerable political influence, not just in Russia but throughout the former Soviet Union and eastern Europe, as well as centuries of experience living in harmony with the Muslim communities in their midst.

No one should expect full unity any time soon, however. The theological disagreements between Catholic and Orthodox may be minor, but they are not trivial. Still, it is encouraging to see Catholic spokesmen like Cardinal Walter Kasper, who was formerly in charge of Vatican relations with Russia, stress that these are mostly matters of local tradition, not dogma. For now, therefore, the most important thing to take away from the upcoming meeting between the two religious leaders, as noted St. Petersburg theologian Fr. Georgy Kochetkov puts it, is that “both sides want more.”

Given the noted intimacy of church and state in Russia, many are probably asking what the Church’s resurgence portends for Russian foreign policy. That is already pretty well established. First, in keeping with the transnational character of the church, it will continue to lobby Russian state institutions to defend the interests of Orthodox Christians throughout the world, even if they are not Russian citizens. Second, as it has already done with the Roman Catholic Church, it will seek out new allies to promote Christian moral values and counter the secularization of European society. Finally, wherever Russian state and civic organizations promote Russian culture and language abroad, the church will seek to tack on its agenda of “re-Christianizing society.”

For now, therefore, the state and the church in Russia are pursuing complementary agendas, the former in the secular arena, the latter in the spiritual arena. This is in keeping with the classical ideal for church-state relations in Eastern Orthodox Christianity—symphonia—which is a harmony between church and state, rather than the Western ideal of separation. This intense interaction, however, also points to sources of potential conflict.

While the state promotes the national interest of the Russian Federation, the Russian Orthodox Church promotes a larger cultural identity, that it sees itself as having inherited from medieval Kievan Rus’. Both the ROC and the canonical Ukrainian Orthodox Church see the conflict in Ukraine as a civil war within a single pan-Slavic community (the Russky mir or “Russian world”). This civil war cannot be resolved by isolating Ukraine from Russia and thereby destroying the unity of their faith. The only permanent solution is for the Ukrainian government to embrace the pluricultural nature of Ukrainian society. From the Orthodox Church's perspective, this is the only way to achieve reconciliation among the Ukrainian people, and harmony within the multinational Russky mir.

Whether or not such a thing is even possible is the subject of intense debate in Russia. Western social scientists tend to view secularization as a central characteristic of modern societies. Orthodox critics of modernity, however, believe that an alternative type of modernity can be found in the writings of Russian religious philosophers of the early twentieth century, like George Fedotov, Fyodor Stepun, Ivan Ilyin and Vladimir Weidlé. Their writings are full of references to “creativity,” “freedom” and “new social and political ideals”—issues at the heart of social and psychological modernization—but from a perspective rooted in the Orthodox tradition. Interestingly, their ideas resonated with, and were sometimes inspired by, their Catholic contemporaries, like Jacques Maritain, Henri Bergson and Benedetto Croce.

For centuries, the divisions between Catholics and Orthodox have helped to forge the East-West divide in Europe. By calling this divide into question and highlighting areas where, as Cardinal Kasper reminds us, the two churches are already in harmony—“the arena of ethical values, the themes of social justice and human rights"—perhaps they can now begin to lay the foundations for truly pan-European Christian social agenda.

Nicolai Petro is an professor of politics at the University of Rhode Island specializing in Russian and Ukrainian affairs.