What Is at Stake in Ukraine 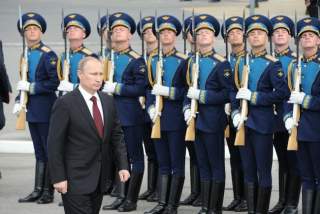 Thus, Russia has secured its power to exert substantial influence on national politics in Ukraine without deploying its own military forces or waging a full-blown war with Ukraine. The U.S. faced even greater difficulties on the way of reaching its strategic goals given the collapse of the Ukrainian economy and the state institutions, as well as the severe internecine battles within the elite. In this context, it has became obvious that closer to fall and winter a social conflict might erupt in addition to the national and regional conflicts: Western aid to Ukraine has been based on a number of very severe economic measures such as reducing social spending, increasing public utility costs and tariffs on gas and other energy sources on the domestic market for individual consumers. All these factors combined could completely destroy the powers in Kiev and accelerate the disintegration processes of the country: given the chaos and uncontrollability, other regions, not only in the East and South, would look for salvation, giving up any real hope that Kiev would help them survive.

The crash of the Malaysian airplane occurred against this backdrop. The developments around this incident can prove decisive not only for the outcome of the crisis in Ukraine, but also for the relations between the West and Russia, and what is most important, the relations between Russia and the U.S.

Without waiting for the investigation of the causes of the airplane crash, Washington and many politicians and analysts in the West immediately blamed Russia, pursuing the aim of political and moral-psychological pressure on the country, thus sealing a closer cooperation between the U.S. and the EU. The whole power of the Western political propaganda machine was deployed to depict Russia as a country supporting international terrorism, and by association paint the self-defense forces in Lugansk and Donetsk as terrorist organizations, thereby mobilizing international criticism of Russia’s actions in Southern and Eastern Ukraine. Those actions aimed at taking away the initiative and maneuvering power from Russia and Putin in order to voice demands that Moscow close its borders with Ukraine, stop its support of the Lugansk and Donetsk republics and militias, so that Kiev authorities could take control of those territories and consolidate their power on an anti-Russian basis. Washington threatened that should Russia fail to do so, it would be fully isolated made a pariah in international relations. Severe sanctions would be imposed on Russia aimed at completely shattering its economy and forcing it to capitulate on Ukraine. Many politicians and analysts in the U.S. demanded not only the neutralization of Russia, but also an increased politico-military support for the Kiev authorities so that they could sooner finish off the pro-Russian separatists in the East and South of Ukraine.

Russia found itself in a grave situation. Many analysts in Russia and in the West consider that Russia has little choice but to comply with Western demands and reach a solution on the Ukraine crisis by keeping Crimea and yielding the rest of the country, in the hope that, one day, things would resolve and come full circle. Even if the country incurs losses, they would be insignificant, and Crimea would be considered a substantial compensation.

In my opinion this approach is very superficial. Even if Russia agreed to those conditions and stopped its support for the militias in the South and East of Ukraine, Washington would not merely stop there and leave Russia alone. Another demand to give Crimea back and a threat of more sanctions will follow, until the complete capitulation of Moscow. If, after the unification of Crimea with Russia, the West was ready to look the other way in the event of even a direct military invasion of Southern and Eastern Ukraine so as not to allow the invasion of the whole country, it was because Russia was regarded as acting from a position of strength. It is clear that should Russia bow to the threat of sanctions and agree to compromise, it would be seen as acting from a position of weakness and that new concessions could be secured by increasing pressure. As a result, Russia would not realize its strategy, paving the way for the U.S. to realize its own, as we explained before.

And one more thing: the fight for Ukraine is not to decide Ukraine’s fate - it is to decide the future of Russia and the United States as well, and therefore, the future of the world. If Washington regarded Russia as a strategic partner and an ally in creating the new world order, it would obviously be prepared to accommodate the Russian strategy on Ukraine and thereby preserve the prospects of a constructive cooperation with Russia in many other spheres, without pushing Russia into a closer partnership with China.

The fight for Ukraine reveals the global strategy of the U.S. in the formation of a new world order, where all the leading countries have their proper places. The out-of-bloc status of Ukraine is not a part of that strategy. Otherwise Washington would have accepted the perfectly rational conditions of Russia to resolve the Ukrainian crisis. This would have been possible if Washington regarded Russia as a partner. However, Washington has come up with a different role for Russia in the world. This is why Washington considers the fight for Ukraine to be the fight for the future places of Russia and Europe in the new world order. This is why those, who say that the militia in the South and East are fighting not only for themselves, but also for Russia, are right. Washington uses the Ukraine crisis as a tool to deteriorate Russia-EU relations and ignite the feeling of vulnerability among its European partners. By creating the image of Russia as that of an enemy, the U.S. would convince Europe, that without American military support, Europe would be an easy prey for the aggressive and unpredictable Russia, preoccupied with establishing another Soviet Empire, and ready to invade the Baltic states, Poland and further west.

The phantom pains of Poland and the Baltic states, where politicians have a pathological fear of Moscow, further nourish the U.S. strategy toward Europe and Russia. This strategic line aims at an increased politico-military dependence of Europe on the U.S., which could be used as a tool to put pressure on Europe and accelerate the process of creating a new free trade zone between the U.S. and the EU on more favorable conditions for the U.S. A free trade zone would bring Europe closer to the U.S. not only militarily in the framework of NATO, but also economically. And this economic potential would be of great importance for the U.S. in the realization of its more serious global ambitions in the foreseeable future. In this case, Washington does not need an out-of-bloc Ukraine as a buffer zone between Russia and Europe, since it presumably has developed a different strategic line for Russia, too. Most probably this strategic line does not see Russia as a sovereign and self-sufficient country, which can make decision of its own, in favor of Europe or China. This is why Russia must be defeated and brought back to the state of dependence on the U.S. as it was in 1990s. Washington also clearly understands that Russia must not be given the opportunity for a closer cooperation with China in the foreseeable perspective. Russian vast territories, military, scientific and technological potential and natural resources in case of Russia’s closer political and military alliance with China could seriously change the balance of power between U.S. and China. That is why Ukraine is needed as part of Western politico-military structures for a tighter encirclement of Russia so as to try and bring about regime change in Russia itself and subjugate the Russian leadership to the U.S. Integration of the European economy in a single Euro-Atlantic free trade zone would contribute to the institutionalization of an economic alliance, the united economic power of which would far surpass the Chinese economy. Yet, for the purposes of restraining the growing ambitions of China, the U.S. must have control of Russian resources, for which regime change in Russia is need. A sovereign Russia with such a powerful leader is a serious obstacle on the way of realization of the geopolitical and geostrategic goals of the U.S.

In this regard, Zbigniew Brzezinski recently wrote in his book “Strategic Vision”, that closer cooperation between Europe and U.S. was essential, and that Russia must be incorporated in the U.S. and European interests so that the envisioned Euro-Atlantic alliance could successfully meet future challenges. Quite obviously, the incorporation of Russia in the alliance presupposes a subordinate role for Russia, as no one intends to give it an independent position in the framework of this new world order, where the U.S. seeks to preserve its politico-military dominance using European economic potential and Russian resources. Professor Brzezinski did not give me a clear answer to my question asked during a seminar in Washington regarding the role of Russia in this context. That is why the fight for Ukraine does not determine the future of the Lugansk or Donetsk republics, nor even of Ukraine. In fact, in front of our eyes unfolds a new stage of the fight for resources, setting the stage for the future battle of giants – the U.S. and China.