What Is the Future of NATO? 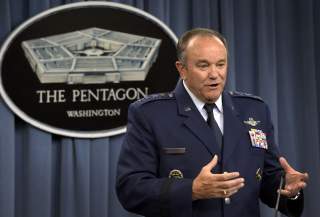 What is the future of NATO? How significant is the debate over Article V? What policy should Washington adopt towards Ukraine? Will the German Bundeswehr play an increasingly important role in coming years? Does the American nuclear force need to be modernized or is the cost simply prohibitive?

Philip M. Breedlove, a retired four-star General in the United States Air Force and former Supreme Allied Commander of NATO, visited the National Interest to discuss some of the most pressing questions facing America and its allies.  Currently, Breedlove is Distinguished Professor at the Sam Nunn school at Georgia Tech. A forceful and cogent speaker, Breedlove is intimately familiar with Russia and Europe. He is keenly attuned to the threat of cyberwarfare and was himself the victim of a successful hack that posted a number of his emails, some of which discussed Obama administration policy, on a site called DC Leaks.

In February 2016, Breedlove told the House Armed Services Committee that “the U.S. military must rebuild in Europe to face a more aggressive Russia, which has chosen to be an adversary and poses a long-term existential threat to the United States.” In this interview, Breedlove makes it clear that he is bullish on the future of NATO and is very familiar with the German defense establishment, including officials such as defense minister Ursula van der Leyen. Above all, he is emphatic about the need to modernize America's nuclear forces, noting that other countries such as Russia are moving ahead in improving their arsenals.