What the U.S.-China Experience Can Teach About Iran’s Future 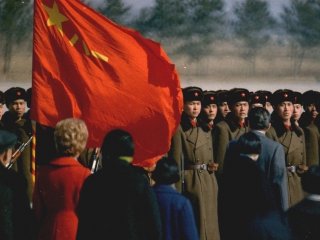 The results from Iran’s recent elections indicate that reformists and moderates have made gains in both the parliament and the Assembly of Experts—the body that will pick the next Supreme Leader of Iran. These results are already setting off intensified speculation about the long-term domestic political implications of the nuclear agreement, and whether over time the deal can transform the Iranian political system. While a helpful barometer, one election will not be that predictive of where Iran may go in the next 10-15 years. A more useful exercise is to look at similar historical examples for lessons of how a major geopolitical opening may effect a closed regime. In this regard, the lessons from Nixon’s 1972 opening to China and the ensuing changes in Chinese domestic politics, the U.S.-China relationship, and American alliances in East Asia are highly instructive.

In China’s case, while a diplomatic opening to the world eventually led to internal economic reforms, it did not lead to rapid liberalization of the political system. China’s diplomatic opening with the United States formally began in 1972 and was a pragmatic decision driven by strategic necessity as it looked for partners during its Cold War competition with the Soviet Union. But China’s economic system did not start changing until years later, after its hardline ruler Mao Tse-Tung died.

Only in the late 1970s and early 1980s—when Deng Xiaoping emerged after years of internal political strife as China’s leader—did real reforms begin to take hold, opening China’s economy to the world and beginning the global economic transformation we know so well today. And while Deng was an economic reformer, he was no political liberal. Deng was made by Mao’s Communist system, rose through it, and in his later years defended that system by backing the crackdown on those advocating for more political rights during the Tiananmen Square protests in 1989.

Similarly, in the case of Iran the deeply conservative Supreme Leader Ayatollah Ali Khamenei remains the top decision-maker. Like Mao, he is highly skeptical of the United States but pursued a nuclear agreement because of pragmatic security considerations that threatened the Islamic Republic’s existence. Khamenei agreed to limits on Iran’s nuclear program in exchange for relief from devastating sanctions that threatened the regime’s stability. But he is opposed to broader political reforms and has empowered his allies to disqualify thousands of reformist and moderate candidates who petitioned to run for the parliamentary elections.

Meanwhile, Iranian President Hassan Rouhani’s approach has in many ways mirrored Deng’s. Rouhani’s priority is opening Iran to the world economically and gaining greater international legitimacy. Like Deng, he is much more open to the outside world then the man currently in charge. But like Deng was a man of the communist party, Rouhani is a member of the Islamic Republic leadership. He has no interest in overthrowing the system and his reforms have focused mostly on the economy—not on social issues.

The question is what happens after Khamenei, who is 77, passes from the scene. Will Rouhani and his ilk be able to take the reigns of leadership as Deng did? Or will harder line elements come out on top in the internal political struggle? Rouhani and his allies seem to have scored a significant victory in the Assembly of Experts, which would auger well for their ability to determine the future course of the country. But we will not have a clear sense of where Iran is going internally until the Khamenei era ends.

The breakthrough with China also has much to teach us about where the U.S.-Iran relationship may go. In the years following US-China rapprochement, the relationship expanded exponentially: Economic relations grew rapidly; people-to-people ties blossomed; and even security cooperation expanded for years. But the relationship was still fraught with complications and competition. Human rights continued to divide the two countries, especially after Tiananmen. Taiwan itself remained a hotspot that could flare up at any point, as it did during the 1996 Taiwan Straits Crisis. Fundamentally, the biggest gulf that remains between the United States and China is that China does not want the U.S. military present in the Asia-Pacific, and the United States remains concerned over China’s own assertive actions in the South and East China Seas. More than forty years after the opening, the US-China relationship has come a long way, but they are far from friends.

U.S.-Iran relations may head in a similar direction. Iran views itself as a regional power and seeks the U.S. ejection from the Middle East, just as China seeks American withdrawal from Asia-Pacific. Iran views Hezbollah as its most important and useful proxy and uses it to threaten Israel, whereas the United States considers Hezbollah a terrorist organization. And Iran supports the regime of Bashar al-Assad in Syria and Shia militias in Iraq that directly contradict American interests. These conflicting interests are unlikely to change and will lead to tension and competition.

However, there might be some areas where the United States and Iran can strengthen ties. Both have an interest in maintaining stability in the crowded waters of the Persian Gulf and ensuring the free flow of oil out of the region. Both oppose the Taliban and extremist groups in Afghanistan and have a history of working pragmatically together in Afghanistan. And both see ISIS as a major threat, creating opportunities for tactical cooperation. The United States and Iran will likely not become partners or allies, but the opening created by the nuclear deal could transform a dysfunctional non-relationship into a more pragmatic one where they continue to compete in some arenas and work together in others.

There is also much to learn from the U.S.-China relationship about the reactions of U.S. allies and partners. After the U.S.-China opening, American allies in Asia had a wide range of reactions. Some—like Japan and Australia—quickly followed the U.S. lead. Taiwan, on the other hand, understandably has never gotten over the United States recognizing Beijing. But the constant over the years has been the U.S. commitment to defending its allies and underwriting regional security. And even the U.S.-Taiwan “unofficial” relationship remains very strong four decades later, with robust economic, people-to-people, and defense ties.

Similarly, the opening with Iran has lead to a regional earthquake in the Middle East. Many players view Iran a strategic threat and would have preferred to have the United States in an adversarial posture towards the Iranians, but they have reacted differently to this shift. Israeli Prime Minister Benjamin Netanyahu raised very significant objections and publicly confronted the President. The Gulf States publicly welcomed the deal, but Saudi Arabia has quietly fumed and taken more aggressive steps in the Middle East to respond to Iran without consulting the United States. Oman, Qatar, and Turkey have been more supportive of the agreement, while the UAE has been split with Abu Dhabi quietly opposed on security grounds and Dubai seeing the economic benefits of an agreement.

But hopefully, like in the Asia-Pacific, the United States can find ways to reassure its partners that it is not abandoning its friends, simply increasing its strategic flexibility. This will take time and require greater American commitments to its partners as it did in East Asia. And indeed since the nuclear agreement was signed the United States and Israel have begun negotiations on a new ten year Memorandum of Understanding on arms sales said to be worth $35-$40 billion. It will also require determination to stand up to Iran and counter it when it takes steps against American interests—just as it has responded to such actions from China.

Ultimately, both the U.S.-China opening and the nuclear agreement with Iran began with a compromise on one issue—with China it was the issue of Taiwan, and with Iran it was the nuclear program. With China, that crack in the door of the relationship helped usher in a range of Chinese economic reforms and new cooperation that benefited both countries, as well as many others in the region. But it did not weaken American resolve to respond to Chinese provocations or alter U.S. security commitments to its friends and allies. These are the lessons that American and Middle Eastern policymakers can apply to understanding the possible future trajectory of Iran and its relationship with the United States.