What the U.S. Government Wants from Tech Firms 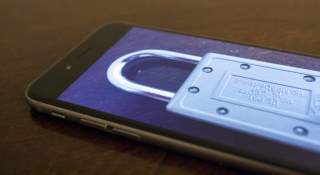 Digital communications platforms like Gmail and WhatsApp, social media platforms like Facebook and Twitter, and cloud services like iCloud and Dropbox hold the personal data of hundreds of millions of people. When police or intelligence agencies want to access this data, the companies are faced with a choice: comply or fight.

Recently, news reports revealed that last year, in response to a court order, Yahoo modified its spam-filtering technology to capture and deliver to the government emails containing a character string associated with a foreign terrorist organization. Microsoft, Google, and Apple all issued statements avowing that they would fight similar orders if they received them.

America’s greatest political theorist, James Madison, envisioned that the “opposite and rival interests” of the three branches of government would balance one another out. But government institutions are not the only features of our system that keep government power in check. The vital role of a free press was self-evident to the founding generation, which enshrined press freedom in the First Amendment. Outside advocacy groups, from the ACLU to the NRA, are another external counterweight. Increasingly, however the companies that provide digital communications and social media platforms are emerging as a powerful outside check on government power.

Technology companies’ opposition to government data collection is yet another way in which these firms have, as the cliché goes, “disrupted” settled notions about big business. During most of the twentieth century, the main channels of long-distance communication were the postal service—a government monopoly—and the telephone—for decades a government-conferred monopoly and even later subject to pervasive government regulation. Neither the Postal Service nor the telephone companies could naturally place itself, nor survive long, in routine opposition to important government priorities.

Tech firms, by contrast, are hardwired to resist to government surveillance. Their success rests on breaking rules and taking down old-economy incumbents, so it is only natural that the industry’s culture is anti-authoritarian and individualist. There are also sound business reasons for Silicon Valley firms to aggressively advocate for customer privacy. Unlike twentieth-century phone companies, tech firms’ customers have many other choices and can easily switch products if they feel ill served. Just as importantly, tech companies’ best employees are in immense demand and can easily decamp to a competitor if they feel that their company has betrayed its ethical commitments. This is not a hypothetical concern. Apple engineers threatened to walk off the job if their company were forced to help the FBI crack an encrypted iPhone. And Yahoo’s highly regarded chief of security reportedly left for Facebook when he learned about the email filtering.

Given the intense post-Snowden backlash and the media pummeling Yahoo has taken, it is fair to assume that in the future few Silicon Valley companies will accept novel surveillance orders without a fight. But even if the relationship is destined to be adversarial, it need not be hostile.  Companies could oppose government requests for their users’ data by pursuing all reasonable legal options, as most companies now do, but otherwise maintain a constructive relationship with law enforcement and intelligence agencies. This is where the government wants to land; it needs the companies’ cooperation in other areas, such as shutting down accounts used for terrorist propaganda and recruiting. Alternatively, the companies could take steps to prevent even legally authorized data collection—for example, by building into their products powerful encryption that only the end user controls, as Apple did in iOS 8.

As the fight over iPhone encryption shows, the government has a strong incentive to not poison the relationship. One way to prevent this is to forgo, absent a truly compelling emergency, certain practices that the companies see as particularly noxious—for example, attempting to force them to backdoor their own products. Another is to be more transparent with the public about why the government collects user data and what, broadly speaking, law enforcement and intelligence agencies believe the law authorizes them to do. Less public skepticism will mean less pressure on companies to demonstrate their anti-surveillance credentials.

No matter how amiably the government handles them, however, Internet companies will never become a modern-day version of the Postal Service or the old AT&T. The Madisonian clash between Silicon Valley and the federal government is probably a feature of the system going forward—for both sides, a challenge to be accommodated rather than overcome.

Adam Klein is a Senior Fellow at the Center for a New American Security.