What Trump Should Do on Nonproliferation 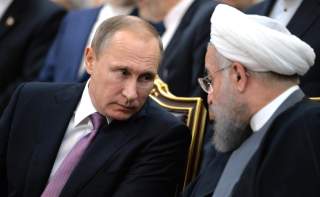 When we set out to draft this article on arms control priorities for the next U.S. administration, it was just before the elections, and we – like many – were operating under the assumption that it would likely be a Clinton administration. As such, the piece was geared to an assessment of current trends, highlighting where we thought the new emphases should be placed by another Democratic administration. Now that we know it will be a Trump administration, there are greater unknowns regarding the president-elect’s foreign policy direction in general, and certainly regarding arms control and nonproliferation. We have nevertheless kept the article as it was, only making some adjustments that relate specifically to themes that were raised by Donald Trump during the campaign.

Arms control, disarmament and nonproliferation efforts that have been pursued over the past fifty years have ranged from efforts focused on weapons of mass destruction themselves and the need to eliminate them across-the-board, to initiatives that recognize the presence of these weapons and attempt instead to focus in the first place on reducing tensions and enhancing stability among states that possess them. In considering these two arms control “ideal types” – namely, focus on the weapons or on the states that possess them – current global developments seem to dictate an arms control approach that favors greater emphasis on states and their relationships. This is due in the main to new and potentially destabilizing U.S.-Russian tensions that have developed over the past decade, and that are already having a negative impact on their bilateral arms control efforts. Continued superpower tensions and conflicting global interests will also impact their ability to effectively confront proliferation challenges in the Middle East in the post-Joint Comprehensive Plan of Action (JCPOA) period.

As the two superpowers move away from accommodation, and toward bilateral dynamics that in some respects have become more reminiscent of the Cold War years, the nuclear disarmament agenda that President Obama introduced at the start of his first administration in April 2009 – and the Global Zero movement that it energized – is looking increasingly detached from realities on the ground. The much more recent UN First Committee Resolution calling for negotiations on a new global treaty banning nuclear weapons (late October 2016) is likely to meet a similar fate. Not surprisingly, both Russia and the United States – with approximately 95 percent of the world's nuclear weapons at their disposal – opposed the UN resolution, but their agreement that nuclear weapons cannot be eliminated from today's world only brings into sharper relief the more pressing arms control challenges that emanate from their problematic relationship of late.

Since the 1960s, the United States and Russia have concluded very important bilateral arms control agreements that have introduced order into their relationship, and begun a process of reducing their vast arsenals. But in recent years, not only has progress in this direction been stemmed, but some past agreements are faltering in light of suspected Russian violations of the Intermediate-Range Nuclear Forces Treaty (INF Treaty) from 1987, and the more recent Russian withdrawal from the U.S.-Russian Plutonium Management and Disposition Agreement (PMDA), signed in 2000 and ratified in 2009. Moreover, the United States is increasingly looking toward China as well in the nuclear realm, with an understanding that arms control efforts at the global level will have to be pursued in a multipolar framework, adding a measure of complexity to arms control efforts. China is also central to U.S. policy regarding North Korea's nuclear arsenal. Any intent to significantly ramp up sanctions on North Korea to pressure it to denuclearize will likely be met with strong Chinese opposition.

The need for tension reduction in superpower relations gained a measure of urgency over the past five years in light of the ongoing dispute over US/NATO plans for missile defense systems in Europe, Russia’s intervention in Ukraine, and current developments in Syria. In fact, Russia has explicitly linked its position on nonproliferation cooperation with the United States to developments in the political sphere. The next U.S. administration will have to address these worrying trends in a serious manner. What happens at the global level will have profound implications for pursuing arms control in the Middle East as well; indeed, Russia’s growing role in this region has been occurring in parallel to the projection of non-involvement in the Middle East characteristic of the Obama Administration. If the United States loses ground to Russia in the global and regional arenas, Syria’s chemical profile and Iran’s regional status and accompanying nuclear ambitions will be increasingly facilitated by the cover that is granted to these states by Russia. In order to reverse these trends, the United States will have to divert from the approach taken by the previous administration, and chart a new course in its interactions with both Russia and Iran. While President-elect Trump has spoken about repairing relations with Russia, this must be done carefully, with an eye to maintaining American interests.

When considering Iran and the nuclear issue specifically, developments over the past year underscore that the JCPOA does not mark the end of Iran as a nonproliferation challenge, nor will the deal necessarily freeze the current situation for the next 10-15 years. Rather, the quest to keep Iran in the status of a non-nuclear state is a moving target, and it will be affected by the manner in which relations among the key players continue to develop in the years ahead. For the past year the Obama Administration has been preoccupied mainly with efforts to avoid upsetting Iran and/or the deal that it had worked so hard to conclude; this often put the administration in the awkward position of explaining away Iran’s misconduct rather than confronting it with determination.

President-elect Trump said during the campaign that he will discard the JCPOA, which he views as a very bad deal, but that is probably not a realistic option. Nor would it be helpful at this point. Nevertheless, the Trump administration will have the advantage of temporal and political distance from the JCPOA, which will enable it to reassess ongoing interactions with Iran. It is imperative to take seriously that every interaction that the United States has with Iran – whether on nuclear matters, regarding U.S. prisoners in Iran, the situation in Syria and Yemen, Iranian rhetoric, and so on – is contributing to the establishment of rules of the game between the two that will ultimately influence whether Iran is capable of maneuvering in the direction that it wants in the nuclear realm after the deal expires. This new chapter regarding Iran’s nuclear ambitions – in which the effectiveness of the JCPOA will be a function of the web of interstate relations within which it is embedded – is likely to be no less challenging than the previous one — perhaps more so.

Against this backdrop, the incoming Trump Administration should adopt a comprehensive approach vis-à-vis Iran, thereby deviating from the current policy which considers the nuclear dimension in isolation from Iran’s overall regional behavior that often runs counter to U.S. and Western interests. A clear definition of U.S. interests in the region, and on that basis carving out a comprehensive approach towards Iran, should also entail an element of deterrence. Iran over the past year has continued to test the will of the United States and Europe, and in this continued struggle, if the United States does not deliver its own deterrent messages, this will be interpreted by Iran as a signal that it will face little to no resistance, and can continue on. The United States must send a clear message not only to Iran but to the region as a whole as to its determination to be an essential factor in the political and security equation in the Middle East.

Indeed, a cornerstone for the future of a reliable nonproliferation agenda for the incoming administration should be preserving the spirit and the letter of the JCPOA, and holding Iran strictly to its commitments. In order to prevent any misunderstanding on the part of Iran, the United States (preferably together with the rest of the P5+1) will have to define what constitutes an unacceptable violation of the JCPOA, as well as what the response will be in case of such a violation, and a realistic decision-making mechanism. The IAEA should be provided with the necessary means to monitor the implementation of the JCPOA.

Assuming that more states in the region (and beyond) could consider going in Iran’s footsteps, the incoming administration should, as part of its nonproliferation efforts, also encourage all supplier states to subject the sale of nuclear reactors to a set of clear conditions which will make it almost impossible for the recipient countries to pursue a military nuclear route. Additional threats in this regard go to ballistic missile programs, nuclear safety, and possible radiological terrorism if nuclear facilities and materials are not kept safe and secure. Combating these dimensions of nonproliferation is integrally connected to enhancing arms control and disarmament in the region.