What Uber Could Teach the American Economy 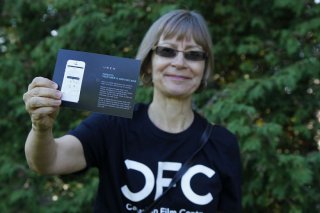 The ride-sharing technology company Uber understands more about the U.S. economy than it is given credit for. Consider Uber’s use of surge pricing. Sometimes you need surge pricing and surge pay to balance supply and demand. Surge pricing gets more drivers on the road, and makes people think twice before requesting a ride. It also allows the Uber driver to determine to a great extent when, how long and where they work. Traditional businesses do not have surge pay to adapt to increases in demand and attract workers—overtime and signing bonuses do not adjust supply in real time.

Unfortunately, the United States as a whole is not as nimble an operator as Uber. The labor market is an intriguing mix of good and bad news. On the positive side, the unemployment rate is 5.6 percent, employment is above the pre-Great Recession peak, and employment growth has been steadily increasing for a couple years. Worryingly, the JOLTS report indicates the United States has 5 million job openings, the United States is facing stagnant wage growth, a plummeting labor-force participation rate and part-time employment remains a stubbornly large portion of the labor force. There seems to be phenomena at play not receiving attention—the interaction between the contestability of jobs and the complacency of jobs.

The “complacency of jobs” refers to the lack of incentive to work for lower wages than a worker’s perceived skill set deserves. Someone who lost a relatively high-paying job during the Great Recession might be less likely to accept a low wage simply for the sake of having a job. A lack of motivation, or holding out for a higher wage may begin to explain the declining unemployment rate and the plummeting labor-force participation rate the United States has today. The lack of financial incentive to take a job leaves both the person out of work (and either in the ranks of the unemployed or out of the labor force) and the company with a job opening. A refusal to work for a perceived low wage should eventually have the effect of pushing wages higher, but this has not been the case so far.

There are other factors working against the numbers as well. In a “normal” economic recovery, there is the expectation that as the labor market tightens, wages increase. This encourages people to switch jobs or even reenter the labor force. Theoretically, the job opening above would increase the salary or hourly until it was filled. But wages do not seem to be moving even as the unemployment rate falls. This is why contestability matters.

Jobs are lost en masse during recessions. Companies shed workers to remain profitable (or solvent) in the downturn, and some get hired back. This may be changing, though. As a wide array of U.S. and developed-world jobs come under attack from automation, global high-speed internet connectivity, and the emerging cheap but highly educated labor force willing to perform skilled work for low wages, many people are simply not going to be paid as much to do what they are doing. This is exacerbated by a strengthening U.S. dollar that makes foreign labor appear more attractive. Labor is being priced on the world market, not the local market. And this suppresses wages below where they would be in a closed economy.

The global economy is setting a wage ceiling in many U.S. jobs, and recruiters and hiring managers understand that many jobs can be filled abroad. The contestability of labor is keeping wages low, even as unemployment falls, because many jobs can be automated or outsourced if wages rise too much. Wages are pressured, even as fewer workers are chasing the same job in the United States, because there is a global workforce chasing those jobs as well.

There is another factor at work in the United States—part-time employment—and its multidecade rise as a proportion of the labor force. Typically, the U.S. economy could rely on increased productivity to pick up the slack from fewer workers. The growth equation of more workers making more and more stuff per hour appears to be slowing. The shifting composition of the labor force with more part-time and fewer full-time employees could explain some of the slowdown in productivity. Part-time employees may be less efficient and have lower levels of productivity. And part-time employment increased during the Great Recession and remains high today.

In many ways, the United States is fertile ground for the kind of jobs created by Uber. Uber allows for part-time and flexible hours, the jobs are noncontestable (at least until there are self-driving cars), and the complacency factor is counteracted by surge pricing.

A recent Economist article suggested the world is divided “between people who have money but no time and people who have time but no money.” Without an emphasis on creating low-contestability jobs (like construction and those in the oil patch—you cannot replace an oil worker with a robot—yet) that are low complacency (oil-field jobs also pay a lot relative to other jobs requiring a similar skill set), it is difficult to see how this trend reverses. Instead, the U.S. labor market is reacting rationally to a changing world—one where wages feel little pressure and people hold out for better jobs. The equilibrium between wages, employment and participation will eventually be found. For now, though, the United States is becoming increasingly idle.