What the West Gets Wrong About the SCO 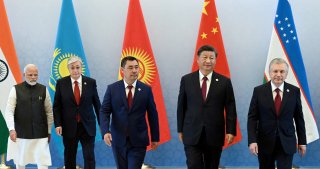 SCO countries, such as China and Iran, often portray the world of ancient Silk Roads as one of ideal harmony, devoid of any imperial wars, depredations, and catastrophes. Even geopolitical foes, like Iran, Saudi Arabia, Armenia, and Azerbaijan, have all embraced the Silk Roads concept as the organizing trope of geoeconomic sociality.

This sociality is solidified through increasing trade, gradual de-dollarization, cementing connectivity through long-lasting infrastructure, and defining a “shared future” by synergizing their development visions and trajectories.

East-West would be the wrong lens through which to analyze the SCO. In fact, “Eurasianists” conceive of Europe as part and parcel of this super-continental imaginary. The NATO-SCO distinction is wrong since it only covers the SCO’s negative geopolitical bonding and ignores its geoeconomic importance.

If China is intervening in various regions, it is intervening through geoeconomics. If it has any hegemony in the SCO, it is the hegemony of the BRI and its concomitant logic of security and development that all SCO-affiliated states—India being the only possible exception—have implicitly or explicitly endorsed.

If the United States and Europe want to compete with China and Russia, it is high time they engage SCO-affiliated countries geoeconomically so that these countries’ developmental strategies are not exclusively aligned with China or Russia’s.

Dr. Mohammadbagher Forough is a research fellow at The German Institute of Global and Area Studies (Hamburg) and a research associate at Clingendael - Netherlands Institute of International Relations (The Hague). His research areas include global geoeconomics, infrastructure-security nexus, China-Middle East Relations, and Iranian foreign affairs. Follow him on Twitter @Mohamad_Forough.