What Will China Do When America Owns Greenland? 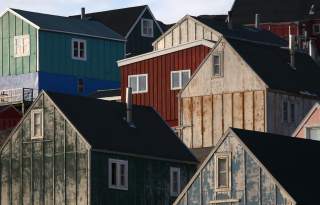 The idea of purchasing Greenland is just the kind of big thinking America needs in this new age of U.S.-China rivalry.

While America’s drive to the Far East began with the lucrative China trade in the 1780s, it was President Abraham Lincoln’s secretary of state—William Henry Seward—that initiated a train of events that enabled America to become a Pacific power.

Purchasing Alaska as a gateway to Asia from tsarist Russia for $7.2 million, negotiating a commercial reciprocity treaty with Hawaii, building a transcontinental railway across the Rockies, and gaining access to the Pacific by completing the Panama Canal.

Keep in mind that for most of American history, U.S. foreign policy has been centered on economics. “Our plan is commerce,” declared Thomas Paine, the revolution’s leading pamphleteer.

Seward strove to build a global infrastructure for American commerce and to secure control of maritime bases from which our commercial influence could be projected. Economic diplomacy and statecraft, rather than conflict, was his preferred strategy.

Throughout his distinguished career, Seward argued and acted to support an energetic economic diplomacy to promote American interests in the Pacific—and that commerce was the key to global influence.

From Alexander Hamilton to William Seward to John Hay to James A. Baker III, our best chief diplomats and treasury secretaries have understood that economic statecraft—commercial, financial, humanitarian—should be at the center of our foreign-policy agenda: safeguarding and advancing American interests.

Unfortunately, over the last three decades, American economic diplomacy has been at best reactive, naïve and almost always subordinate to perceived security interests.

Policymakers have yielded to near term corporate interests, embracing free markets without any sort of comprehensive blueprint to protect and advance American national interests.

This has to change; the twenty-first century—oftentimes referred to as the Pacific century—is one of immense opportunity, but only if America centers its attention and resources on the Indo Pacific region.

A New Age of U.S.-China Rivalry

The stakes could not be higher; the region reaching across the Indian Ocean through the Straits of Malacca all the way to the Sea of Japan is now home to several rising, contending powers such as China and India.

New strategic balances are emerging—creating friction, tension and disputes as well as opportunities.  American diplomacy and business can play a critical role as leader, balancer and mediator in the age of U.S.-China rivalry.

This is where the world’s center of economic and innovation is shifting, where our strongest partners and competitors are based amidst rising “state capitalism,” and where our destiny as the world’s leading power will be either confirmed or upended.

The U.S.-China back-and-forth this year is nothing new; it only highlights a spirit of rivalry that goes a long way back.

In early 1785, just four months after the signing of the Treaty of Paris brought the Revolutionary War to a close, the Empress of China, set sail for Canton, China.

Its cargo was $20,000 in silver dollars and 250 casks of ginseng. A syndicate of investors led by Robert Morris, the global trader and merchant known as the financier of the American Revolution, backed this intrepid expedition.

Fourteen months later, the Empress of China returned with a cargo of silk, tea and porcelain china, earning investors a decent 25 percent return on capital. Not bad—but there was a real risk of losing everything.

In 1795, Salem resident Captain Jonathan Carnes led a voyage to Sumatra and returned in glory with a stupendous cargo of 140,000 pounds of prized pepper. This was promptly sold for a princely 700 percent profit.

At that time, the largest economy in the world was China, thus beginning the rivalry between America and China that is reaching a fever pitch today.

America became the emerging market of the nineteenth century, shifting into overdrive in its four closing decades to become the world’s largest economy and manufacturer in 1900. Over the last four decades, China has returned the favor, moving from representing just 10 percent of America’s economy to becoming a formidable peer rival.

American private enterprise has to lead the way back, no doubt, but it needs support by a “speak softly and carry a big stick” economic diplomacy.

The Greenland gambit will likely fail, but it represents just the sort of attitude and energy we need to overcome the global challenge from China.