What Would a "Good" Iran Nuclear Deal Look Like? 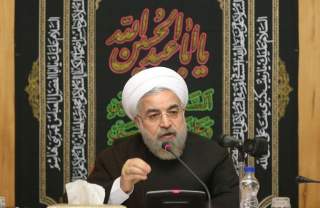 Negotiators from Iran and six world powers are going into diplomatic overdrive to try to secure a long-term, verifiable, comprehensive deal that blocks Iran’s pathways to nuclear weapons and relieves sanctions imposed on Iran. If they do, U.S. policy makers will debate whether it is “good” deal or a “bad” deal.

The negotiations are complex, and many issues must be addressed. There is also more than one way to achieve each of the international community’s key security objectives. Unfortunately, much of the conversation in Washington about what the talks can and should accomplish has focused on a narrow set of issues, leading to unbalanced and unreasonable expectations among some on Capitol Hill.

If there is an agreement, then it’s important to assess its overall effect in reducing Iran’s nuclear capacity and improving upon our existing capabilities to detect and deter any ongoing or future Iranian weapons program—not on the basis of how it addresses any single feature of Iran’s nuclear program.

But some suggest that the only way to block Iran's uranium path to nuclear weapons would be to somehow persuade Iran's leaders to "dismantle its centrifuge infrastructure."

But this is an unrealistic and unnecessary demand. Even if Iran could somehow be convinced to capitulate entirely and agree to dismantle its facilities, the Iranians would still have the technical know-how and ability to reconstitute their program within a few years.

Moreover, if the United States were to hold out for this maximalist demand, it would be blamed for the failure of the talks and the international coalition now putting pressure on Iran would fracture. Iran’s uranium-enrichment capabilities would grow—not shrink.

Instead, the P5+1 should press a formula that would significantly reduce Iran’s current capacity to amass highly enriched uranium that involves several important elements. These include: cutting the number of operating centrifuges, limiting R&D on advanced centrifuge designs, reducing its stockpile of low-enriched uranium to near zero and disabling those centrifuges that are installed but not operating. There are several combinations that could increase the time it would take Iran to amass enough bomb-grade material to twelve months or greater, which is more than enough time to detect and disrupt any such effort.

But enriching uranium at its declared nuclear facilities is one of many paths Iran could take if it chose to build a nuclear weapon. A good deal will block all paths.

Another potential avenue is Iran’s heavy-water reactor project at Arak. If built as designed, it could produce enough weapons-grade plutonium for two bombs per year. Some in Washington are insisting that Arak should be scrubbed entirely or be redesigned as a light-water reactor, or else they will oppose implementation of the agreement.

However, those specific options, which are strongly opposed by Iran, are just two among several that could effectively block the plutonium path to nuclear weapons. For instance, Iran and the P5+1 could agree to modify the Arak reactor to cut its output by about 95 percent. This would mean that Iran would need more than ten years to produce enough material for one bomb. If attempted, such an effort could be detected in weeks.

The key third component of a good deal is an even more intrusive international inspection system that we have today in order to guard against any future clandestine nuclear-weapons programs, also known as “sneakout.” A good deal will give the UN nuclear watchdog—the IAEA—the power to conduct snap inspections at potential, undeclared sites and regularly inspect centrifuge-manufacturing workshops.

However, some in Washington demand much more. They want Iran to agree to special inspections that go beyond what is required of any other country. Such demands may be well intentioned, but they are not necessary to detect and deter “sneakout” and would sink the chances of a comprehensive deal altogether.

Iran will also have to address questions about its alleged past work on nuclear weapons to allow the IAEA to determine that no such activities continue in the future. However, this investigation, which is being conducted separately by the IAEA, does not need to be complete for a final deal to be reached. But key sanctions relief, including UN Security Council measures tied to the issue, will not be removed until (and unless) the investigation is resolved.

The other key issues are the pace of sanctions relief and removal, as well as the duration of the final agreement. The agreement would likely commit the P5+1 to waiving and, if Iran meets its obligations, later lifting nuclear-related sanctions. If Iran does not comply, key sanctions measures could be swiftly reimposed by the U.S. president and by the UN Security Council.

Some restrictions may last for years, some measures will last decades, and some, like inspection measures under the terms of the IAEA's additional protocol, will be permanent.

Thus, a good, final nuclear deal should not be judged simply on the basis of the number of centrifuges Iran is allowed to keep or whether the Arak reactor has been addressed in one particular way. It will be a complex, multilayered agreement in which no individual component can be used to measure how accurately any deal will address the ultimate goal of blocking multiple paths to building a nuclear weapon.

Some may claim that a comprehensive agreement will be a bad deal because it falls short of their expectations for limiting Iran’s nuclear potential in one area or another. If so, they should offer an alternative; because without a comprehensive deal, there could be no constraints on Iran’s enrichment capacity, which would increase the likelihood of military a confrontation—a scenario that everyone acting in good faith is seeking to avoid.

Daryl G. Kimball is the executive director of the Arms Control Association.