What Xi Can Do About Taiwan 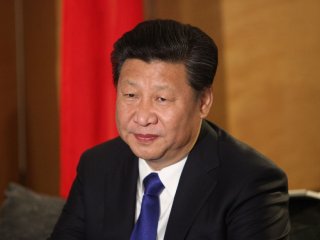 If Xi Jinping, China’s leader, is as rational and reasonable as he claims to be, then he has a rare opportunity in Tsai Ing-wen’s recent election to the Taiwanese presidency. He can, contrary to expectations, use Tsai’s historic win to showcase Chinese restraint on what is widely acknowledged as a core Chinese national interest. Rather than clubbing Taiwan for electing a pro-independence leader, Xi could overlook Tsai’s previous stances on cross-Strait relations, and extend an olive branch to her in hopes of improving ties between China and Taiwan.

Taking this step would demonstrate not only that China is not a threat to Taiwan, but also that it does not pose an imminent challenge to Asia, the United States or, for that matter, the rest of the world. It would be the most visible show of reassurance that Beijing could possibly put forward, at a time when doubts about its interests and intentions are growing around the globe.

But this opportunity to extend an olive branch to Taiwan also carries real risks for the Chinese leader. His country appears to be approaching a critical crossroad in terms of its ability to sustain its economy and carve out a path to becoming a great power in international relations. Specifically, Xi faces two pronounced constraints on adopting more pacific policies toward Taiwan.

First, being soft on Taiwan could embolden those on the island who want to more publicly assert their independence from China. Such voices are already bound to become more prominent in the aftermath of the Democratic Progressive Party’s (DPP) recent electoral victories. If supporters of the DPP perceived that Beijing was giving them a green light to pursue Taiwanese independence, Xi would have to act forcefully to deter such a development. However, it is also possible that reassuring the island’s population by taking Tsai’s ascendency in stride could calm the Taiwanese independence movement, as the island would have less to fear from the Chinese mainland. In other words, restraint might even work in China’s favor on the issue of independence.

The second obstacle to such a move is more intractable and fraught with potential danger to Xi. Appearing too lenient on the issue of Taiwan is sure to exacerbate the passions of Chinese nationalists. In recent years, Chinese nationalists have become ever more active and vocal about what they believe China must do to protect the interests and the dignity of the Chinese nation. Attempting to establish détente with the new DPP leadership of Taiwan could aggravate nationalist sentiments so much that it would provoke public demonstrations against the island, and pose a challenge to Xi’s legitimacy. Yet such a destabilizing prospect is more remote than it may at first appear, as Xi has already burnished his nationalist credentials in his approach to China’s outstanding territorial conflicts in the East and South China Seas. Moreover, to date, Beijing has proven to be quite effective in controlling the country’s nationalists when it has had to.

While both of these dangers are real for Xi’s China, they are not too large and can be easily managed. Thus, rather than seeing Tsai and the DPP’s success as a threat to China, Xi could choose to accept the new reality of a DPP-controlled Taiwan, and acknowledge it rather than undermining it. More boldly, he could even reach out to the island’s new leadership in an attempt to strengthen cross-Strait relations, rather than warning Tsai against pursuing independence.

China’s gains from such a warm overture would be visible not only in Taiwan, but also in the broader international arena. It would reassure China’s neighbors that the country’s rise does not pose an imminent threat to the security dynamic in the region, and that Beijing does not harbor any particularly aggressive territorial aspirations. It would also generate a degree of confidence in Washington, where doubts about China’s global emergence have become increasingly pronounced.

None of this is to ask, or expect, Xi to give up on Taiwan and its status as a part of China. This position has been a core principle of the Chinese Communist Party for decades, and is unlikely to ever change. However, such a stance does not have to tie China’s leader to a singular, blunt stance on the island and Tsai’s leadership. There is a slight possibility that Xi could surprise the DPP, and the rest of us, by taking into consideration the wider gains to be had from working with the island, rather than attempting to bully it. In the process, Xi could make a lasting contribution to promoting greater peace and stability in his country, in Taiwan and the rest of the world.