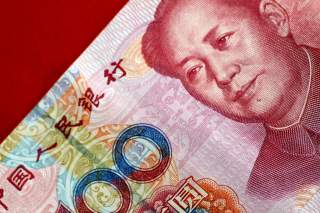 The United States must accept the truth that China is now its first superpower rival since the USSR.

Xi’s New Year Speech fittingly revives a Cold War Communist tradition: using the New Year as a platform for a counterpoint to an American-led world.

Recent Chinese presidents would have ended with statements on development and prosperity. Xi has gone farther. From commemorating China’s space and military achievements in 2017, to highlighting China’s new international initiatives, Xi has set the stage for a China that is becoming ever more comfortable voicing global ambitions. More importantly, the subtext of a series of new Xi speeches is that China is in direct competition with the United States.

A new Chinese communications strategy took shape in 2017. The year began with Xi’s keynote address at the World Economic Forum in Davos where he portrayed China as a defender of “economic globalization.” Next came the Belt and Road Forum, where Xi maintained this theme, while showcasing China’s global economic and infrastructure ambitions. Moreover, he brought together a diverse collection of U.S. allies, adversaries and international business leaders, who, in the words of Britain’s Chancellor of the Exchequer, pledged their assistance “to make President Xi’s vision a reality.”

Last year’s China-watching culminated in October’s 19th Party Congress, which is where Xi expressed his vision in nationalist terms: “backed by the invincible force of more than 1.3 billion people, we have an infinitely vast stage of our era, a historical heritage of unmatched depth, and incomparable resolve.” The gloves of prior Chinese leaders have come off. Rather than Deng Xiaoping’s mantra of “hide your brightness, bide your time,” or Hu Jintao’s “peaceful rise of China,” we now have a Chinese leader who is ready to express his country’s true ambitions to the world. Xi has declared the arrival of a “new era,” stating that the Party has brought China to a “leading position in terms of economic and technological strength, defense capabilities, and composite national strength.” Xi emphasizes economic and military power, and the build-up of a military which can “fight and win.”

First, this confidence is not the result, as many commentators would have it, of President Donald Trump, or of “America First.” It is the expression of a vision which has been in place since the founding of the People’s Republic of China in 1949. Mao Zedong spoke and wrote of “surpassing the United States” and eventually “throwing the Americans out” of the Pacific. Deng Xiaoping worked pragmatically to lift China out of poverty and onto the world stage. His successors presided over military programs, from carrier-killing missiles to anti-satellite weapons, that have now reshaped the U.S.-China military balance. Xi Jinping’s new messaging is the latest iteration of ambitions that go back decades, to the core of what he calls “the great rejuvenation of the Chinese nation.” It is an aspiration that began with the founders of the PRC: a China whose “comprehensive national power” is unsurpassed by any other nation, including the United States.

Second, the benevolent international image which China aims to cultivate is dangerous and false.

In his New Year’s speech, Xi cast China as “an upholder of the international order,” “willing to join all peoples of the world in creating a beautiful future of greater prosperity and greater peace for mankind.” His pledge for “countering global climate change” is a swipe at U.S. departure from the Paris climate agreement that will resound in European capitals. His pledge “to safeguard the authority and status of the United Nations” is an overture to numerous nations that may question the nature of China’s rise. His pledge to “push forward the common construction of the Belt and Road” is meant to advance a collaborative concept of China’s economic activities, which now reach nearly every continent.

Missing from Xi’s speeches are the realities of China’s actions as a rising power. From economics and trade to military power, China has engaged in actions that are the opposite of the image which Xi intends to build. Unfortunately, the narrative that Xi promotes is one which many nations, including vital U.S. allies, may have started to believe. China’s conquest of the South China Sea, and paramilitary harassment of Southeast Asian nations continues unabated. In 2016 China rejected a ruling at the Hague’s Permanent Court of Arbitration on its claims to this body of water that is vital for global trade. The policies of China’s state-led economy allow the PRC to run large trade deficits with scores of nations around the world, complicating and prohibiting market access to China by other nations, while engaging in forced-technology transfers and cybertheft across numerous industries. Moreover, China’s use of trade and economics for political coercion has been demonstrated around Asia, where China already enjoys enormous economic clout. This includes curbing tourism to South Korea as leverage over U.S.-missile defense deployments, restricting exports of rare earths minerals to Japan as leverage in East China Sea territorial disputes, and letting Filipino agricultural products rot on the docks during South China Sea disputes with this U.S. allied Southeast Asian nation. As China’s economic presence grows, these tactics are likely to be deployed not only in Asia but elsewhere around the globe.

In short, China’s claim to be “an upholder of the international order” belies an increasingly obvious intention by the Politburo: to rewrite the current order according to Chinese wealth and power. The Communist Party has said as much in print. In 2016, the Financial Times ran an article written by Vice Foreign Minister Fu Ying and titled The U.S world order is a suit that no longer fits. Fu Ying, now chair of the National People’s Congress Foreign Affairs Committee, wrote that “The western-centred world order dominated by the U.S. has made great contributions to human progress and economic growth. But those contributions lie in the past.”

As China becomes more comfortable wielding power in its region and around the world, the United States must let go of concepts of accommodation or of “shaping China’s rise,” a notion which remains in use in Washington. It must also see that the China challenge is unique: unlike Soviet Russia, China credibly plans to become richer than the United States. According to analysts far and wide, the Communist Party may actually achieve this, in the 2030s or even sooner. Doing so would bring an end to an American world order without a shot fired. While Xi Jinping speaks openly of “being able to fight and win wars,” it is China’s economic ambitions that America must learn to compete with. President Xi speaks of harnessing the “invincible force of more than 1.3 billion people” to carry out his vision of a new world order with China at its center.

The United States must respond. It is the only nation with the capabilities and the principles to take on this challenge. Here’s to competition. It is here to stay. May it bring unity and prosperity to America, in 2018, and in the years to come.

Jonathan D. T. Ward received his PhD from Oxford in China-India relations. He is the founder of Atlas Organization, a consultancy on Chinese and Indian national strategy.