What’s Next for the World Economy? 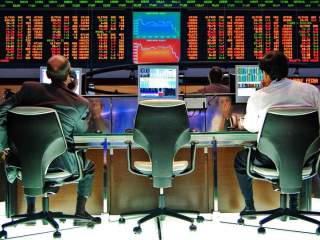 To operate efficiently at the Zero Lower Bound (where Fed Funds is near or at zero), the Fed has been forced to be transparent in its intentions and thought processes. But this has side-effects. Policy transparency from the Federal Reserve allows other central banks to anticipate its actions—and respond accordingly. This arrangement has its benefits and its consequences.

One consequence is that the other major central banks are forcing a revaluation of the dollar—whether the Fed likes it or not. By transmitting its policy function, Yellen and the Fed have essentially allowed for the euro and yen to rebalance lower.

Transparency removes the pain point of coordination, but it creates the ability to game the system as well. The Fed has tolerated other central banks piggy-backing off its policy transparency for some time, but now it is making it difficult for the Fed to enact its own policy. Although transparency and loose policy coordination are inseparable elements of the present moment, the Fed is rightfully concerned with potential abuse and amplification of its actions by others.

For now, ‘normality’ for the United States does not change too much with the first rate hike. Interest rates—especially on the long-end—are likely to remain relatively low for an extended period of time. This is partially because the U.S. economy could tip near or into recession with a sharp jump, but also because the Fed is going to be hyper-vigilant.

Tipping the United States into a recession would destroy any remaining confidence in the Fed, and cause more saber rattling from Congress about using a monetary policy rule. The Fed wields a tremendous amount of economic power in its monetary policy, and there may be some jealousy emanating from the halls of Congress. But creating a rules-based system with checks against deviation may harm the Fed’s credibility by showing consistent gaps between the Fed’s targets and reality.

At some point, there will be a ‘new normal,’ but the Chinese and U.S. economies, as well as the U.S. Federal Reserve, are not there yet. For now, we are simply in the ‘after normal’ phase with little direction on the future path of the global economy.