What's Really Going On with the P5+1–Iran Nuclear Talks? 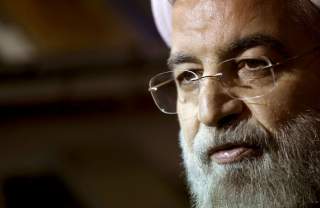 The November 24 decision to extend the P5+1-Iran nuclear negotiations for another seven months (three to four for the political framework “and another few months to formalize it”) was not a surprise, although it did create a sense of anticlimax. It was preferable to the option of a deal concluded hastily in the final days, because such a deal would no doubt have reflected additional far-reaching concessions by the international negotiators to Iran, resulting in a very bad nuclear deal. The negotiators resisted making such concessions, but it was also clear that there would be no announcement of a breakdown, because none of the parties have an interest in declaring this round of negotiations to have failed. As the parties could not agree even to a framework for continued bargaining, or to declare any issues where they have actually come to agreement, Secretary of State Kerry was once again reduced to issuing the by-now-familiar laconic statements about “real and substantial progress” and “new ideas” that have surfaced, emphasizing that progress was made on some of the most “vexing challenges” that had previously seemed intractable. But with nothing to back up these statements.

As we look to the implications of the extension decision, it is important to clarify the nature and record of the interim deal (or JPOA), because the provisions of this deal will continue in the coming months of negotiations. The dominant P5+1 narrative is that the interim deal has been a huge success. It is praised for having frozen Iran’s nuclear program, and even rolling it back in some respects. Iran’s compliance is noted as further evidence of progress. This reading of the deal is what helps support the U.S. position that the current negotiations, on the basis of the JPOA, must be kept alive at any cost.

But a full reading of the JPOA situation reveals that the deal has also enabled Iran to dangerously move forward on R&D—into more and more advanced generations of centrifuges—which offsets the significance of the dilution and oxidization of Iran’s stockpile of 20 percent enriched uranium, the centerpiece of the interim deal. Both activities relate to the speed with which Iran could breakout with weapons-grade uranium—one route was stopped by the deal, but a second route was enabled and granted legitimacy.

The terms of the deal did not touch upon Iran’s vast stockpile of LEU, already enough for six to seven nuclear devices if enriched to weapons-grade, or its work on long-range-ballistic-missile delivery systems (which continues unhindered). Overall, Iran made sure that the JPOA would not significantly cut away at the gains it had made as far as a possible breakout scenario, and its compliance with the terms of the deal is, therefore, not surprising. And with limited concessions to the P5+1, Iran nevertheless has received economic relief every month that has gone by; this will continue to the tune of $700 million a month for the extension period.

The most problematic implication of the interim deal is its lack of attention to Iran’s past weaponization work, which is under parallel investigation by the IAEA. Over the course of 2014, Iran continued to stonewall on all outstanding questions from the agency, including missing an important August 25 deadline. The implication of continuing with the interim-deal framework is that Iran is not paying any price for its ongoing intransigence in clearing up questions regarding weaponization, even though Iran’s violation of the NPT is the basis of legitimacy for the international community to press Iran on all the issues at stake in the ongoing negotiation. In painting a very positive picture of Iran’s compliance, Kerry in his remarks unfortunately made no mention of this.

This full picture is important to keep in mind when assessing what has transpired over the past ten months of negotiations, and especially whether anything has changed in the two sides’ basic positions. Our best guess is that nothing fundamental has changed in these positions, and, therefore, the only way to close the gaps between the divergent interests is by forcing painful concessions. The challenge of the international community has been to use the leverage of economic sanctions to ensure that Iran is the one to back away from its defiant positions, but the reality in recent months is that the offers of concessions have been coming primarily, if not solely, from the P5+1.

Iran has adopted a defiant stance and refuses to budge. It has laid out in very stark terms every issue that the regime will not discuss, or agree to change—all of the redlines the supreme leader set for the negotiators. Iran prefers to talk about respect and dignity and to complain about the unrealistic demands of the international community. One would be hard-pressed to identify any area where there was even a hint of willingness to compromise its hardline stance. And once the P5+1 began backtracking from previous demands, Iran was clearly holding out for the best offer.

What is to be expected to happen over the coming months that has not happened until now? The best offer from the P5+1 has obviously not yet come, but Iran will no doubt be waiting for further P5+1 concessions. As long as the terms of the JPOA continue, it seems Iran has time. Unless there is a turn to additional sanctions, in order to increase the pressure on Iran—which from Kerry’s latest statements, one can conclude that the administration will continue to fiercely oppose—there is no chance for a good deal. The U.S. administration seems willing to continue to muddle through, perhaps hoping that something unexpected will happen that will save it from ultimately having to make hard decisions.

What about Israel? Netanyahu has expressed satisfaction with the extension, preferring this option to a very bad deal. He also expressed his hope that pressure on Iran—the only thing that brought Iran to the negotiations table—will continue. Any deal reached in the coming months is still most likely to be regarded by the prime minister as a bad deal, due to the concessions that have reportedly already been made by the P5+1, and the sense that Iran will remain a threshold state with minimum time for breakout. As such, one can interpret Netanyahu's reaction as mainly relief at the additional breathing space he was provided to defer hard decisions. It seems that Netanyahu, like Obama, would rather avoid making these decisions.

One year after the talk about new and moderate leadership in Iran, and a new chance for a diplomatic breakthrough, it is time to take a hard look at what has transpired. The starry-eyed hopes have given way to the harsh realities, and it is time for clear-headed assessments and some hard decisions. Reports of the P5+1 being very generous in the final days before the deadline are worrying; they can only mean that the international negotiators were making more concessions to Iran. What are these concessions? Are they the new starting point for the next round of talks in the coming months? If there is really so much agreement currently on the table, and the parties are on the verge of an agreement, why is it not announced, and why are seven more months of negotiations needed? Assuming that they are actually still far away from an agreement, why is the U.S. administration resisting more sanctions and demonstrations of toughness, when these have been proven to be effective in the negotiations dynamic? Why is the P5+1 willing to make so many concessions to a steadfastly defiant Iran? There is something fishy in the storyline—perhaps (extension) time will tell.