What's at Stake in Morocco's Royal Trip to Russia 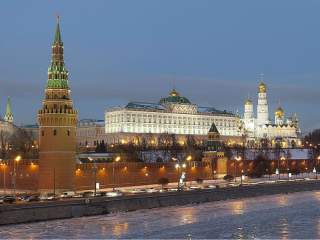 On March 15, Morocco’s King Mohammed VI is slated to meet with Russian President Vladimir Putin in Moscow—his first visit to the country since 2002. The agenda will cover a variety of bilateral issues with bearing on the two countries’ domestic concerns: a free-trade pact signed fifteen years ago stands in need of renewal, while a four-year-old fisheries agreement for Russian ships along the Atlantic shores of the Moroccan Sahara promises to become a prelude to economic investment in the area’s ports and broader infrastructure.

But when America’s oldest and closest Arab ally heads to the Kremlin, the encounter naturally bears scrutiny from a geopolitical standpoint. Mainstream policy views in Washington sharply differ from Russian policies vis-à-vis Iran, its military intervention on behalf of the Assad regime in Syria, the country’s annexation of the Crimea and a variety of other matters. Anti-American rhetoric in Moscow has escalated in recent years, blending a caustic critique of the U.S.- and NATO-led toppling of Qaddafi with conspiracy theories about an American role in the creation of ISIS. In this context, Russian outreach to America’s traditional Arab allies—notably the Saudi monarchy and the Egyptian military establishment—has sparked concern and heated debates in the United States: opponents of the Obama White House have blamed the latter’s coolness toward longtime partners in the region for their perceived tilt toward Russia. Supporters of Obama counter that as Sunni Arab powers close ranks in their struggle against Iranian proxies from Damascus to Sana, recent thaws in Russo-Arab relations have refrozen anyway.

The case of Russia’s interplay with Morocco, an Arab power distant from the flash points of sectarian conflict, while nonetheless in full solidarity with its brethren to the east, is unique. During the Cold War, while Saudi Arabia not only sided with the United States but also worked to counter the Soviet Union, Morocco cultivated a low-key relationship with the Soviets without compromising its pro-American stance. Cordiality between the King and the global paymaster of Communist revolution helped reduce, though not eliminate, the threat posed by leftist guerrilla groups that sought to topple the throne. Moscow and Rabat established political arrangements at the United Nations that reduced the intensity of ideological contest between East and West in North Africa. Viewed in this historical context, the imminent encounter between Putin and the present king is far less of a dramatic departure than the recent equivalent high-level meetings between Russian and Saudi officials, for example. Moreover, judging from past successes, there is also a strong possibility the summit could prove beneficial to American and international security interests.

There are three areas in particular in which Russia and Morocco could potentially develop joint projects the value of which goes beyond the bilateral relationship.

The first concerns the future of Libya, now a civil war–torn failed state with an ISIS enclave within rowboat range of southern Europe. Russian anger over the Western military campaign to depose Qaddafi has prevented the country from playing any significant role in its rehabilitation. This is regrettable, especially because the long history of cooperation between Tripoli and Moscow leaves the Kremlin’s Arab affairs experts with considerable knowledge and expertise about the country, its divisions and its inner workings. Morocco, which hosted several rounds of UN-brokered peace talks among Libya’s warring factions last year, is invested in the country’s future, and a credible broker of international assistance for its rehabilitation. It can help mend the rift that has prevented Russia from playing a positive role.

The second area of potential cooperation concerns the international threat of Islamist radicalism emanating from the Russian interior. Elements within the country’s large Muslim minority population have been indoctrinated by Salafis, jihadis and other elements, channeling Russian Muslims’ legitimate grievances against the central government into campaigns of violent action. Numerous Russian nationals have surfaced as foreign fighters in ISIS territory, and as terrorists as far west as Boston, Massachusetts. In other countries where radical ideologies have grown strong, notably Mali, King Mohammed has been tapped to help restore a more tolerant Islamic ethos. Building on Morocco’s enduring religious legacy of civility and coexistence and his own status as the country’s highest religious authority, the king has crafted training programs for foreign imams seeking to counter extremist teachings themselves. Five hundred clerics from Mali are among the alumni of these programs. Should Morocco provide a similar service to the Russian interior, the kingdom can help dry up a major source of global jihadist recruits.

Finally, in support of another aspect of the struggle against extremism, Morocco can encourage Russia to play a greater role in the economic development of North Africa. Opportunities to help build up the Moroccan south as an international gateway to the continent are only the beginning: Libya stands in urgent need of economic assistance, as does Tunisia. Algeria, reeling from the diminished value of its oil exports, needs expertise to not only help diversify its economy, but to enact the reforms necessary to make the country an attractive environment for regional and international investors. Russia can play a pivotal role in fostering conditions to help create job opportunities for North African youth.

At a time when mutual trust between the United States and its traditional Arab allies have reached a new low, Morocco remains a loyal partner to the United States as well as the rest of the Arab region—a valuable combination for Washington in particular. And just as it has served to nudge Arab countries at odds with the United States back into Washington’s orbit, it may be able to extract some concessions from Moscow for which American leaders would be appreciative as well.