What's the Latest Direction of the Mueller Investigation? 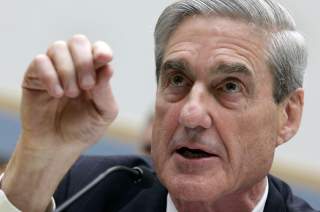 Editor's Note: In our latest Facebook Live interview (please like our Facebook page to see more of these events) Jacob Heilbrunn, editor of the National Interest, and Daniel McCarthy, editor at large of the American Conservative, discuss American politics, Trump and the Russia investigation.

Daniel McCarthy recently wrote an article on Mueller’s investigation into Jeff Sessions. A portion of the article can be found below:

Every week brings a new “gotcha!” moment from President Donald Trump’s critics in the media and Congress. Right now much of the buzz is all about what Trump and Jeff Sessions knew about campaign underlings’ contacts with Russia in 2016. Has the attorney general been caught lying, even perjuring himself?

On Friday, CNN’s Chris Cillizza gave a rundown of Session’s supposed memory lapses or misrepresentations. Asked, “if there is any evidence that anyone affiliated with the Trump campaign communicated with the Russian government in the course of this campaign,” Sessions testified before the Senate Judiciary Committee in January: “I’m not aware of any of those activities.... and I did not have communications with the Russians, and I’m unable to comment on it.”

Later that month, Sessions responded in the negative to the question, “have you been in contact with anyone connected to any part of the Russian government about the 2016 election, either before or after election day?”

And when asked in an October appearance before the Senate Judiciary Committee, “you don't believe that surrogates from the Trump campaign had communications with the Russians? Is that what you're saying?,” Sessions replied, “I did not and I'm not aware of anyone else that did, and I don't believe it happened.”

The problem with all this is that we now know that George Papadopoulos, a Trump campaign foreign-policy advisor, had at one point raised the possibility of arranging a meeting between Trump and Vladimir Putin through one of his contacts, the Russian ambassador in London. Sessions was in the room in the now-famous March 31, 2016 meeting of Trump’s foreign policy team in Washington, DC when this was mooted; indeed, he was the one who shot the idea down cold. Sessions knew about that contact, and he was supposed to know about the trip to Moscow that another foreign-policy advisor, Carter Page, took in July 2016. Page himself told Sessions about the trip beforehand.

Even some Republicans—albeit Republicans notably hostile to Trump—have said that Sessions has some explaining to do. On “Fox News Sunday,” Lindsey Graham said Sessions “should come back [before the Senate Judiciary Committee] and answer the question yet again ‘did you know anything about an effort by the Trump campaign to meet with Russia, not just collude with Russia.’” He added, “this is getting a bit old with Jeff Sessions,” though Graham insisted that “There's nothing wrong with Trump meeting with Putin if he wanted to. It would be wrong to have the Russians help the Trump campaign.”