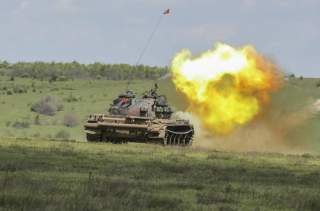 With tension rising in the South China Sea and the U.S. arms restrictions dialling back, the Sino-Vietnamese War deserves another look.

Image: “A Romanian T-55 Tank sends a blast downrange as it takes part in a live-fire exercise during Platinum Lynx 16-4 aboard Babadag Training Area, Romania, April 21, 2016. The purpose behind Platinum Lynx is to improve readiness and increase Marines’ ability to work seamlessly with other NATO and partner nations around the world. (U.S. Marine Corps photo by Cpl. Immanuel M. Johnson/Released)”