Has Freedom of Association Become a Crime? 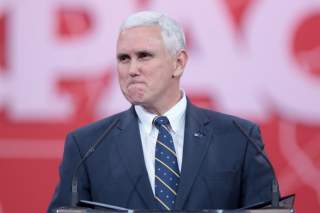 With the dust apparently settling at week’s end on the Indiana and Arkansas religious freedom compromises, and the Final Four expected to proceed in peace this weekend in Indianapolis, it’s worth a little post-mortem reflection on the state of religious freedom in America and, more broadly, on freedom of association.

After all, the nation’s first freedom, stated expressly in the First Amendment, is religious liberty. Yet our vast body of modern anti-discrimination law would seem to be at war with that liberty. Just look at some of the questions proponents of Indiana’s law posed as the battle intensified.

Does a Christian minister, if asked, have to officiate at a gay wedding? May an orthodox Jewish printer decline to supply the invitations? Can we sanction a Muslim caterer if he refuses to serve pork at the reception if the couple requests it?

And beyond the gay marriage or religion context, does an all-female health club have to admit men? Are men’s clubs any longer legal? Does a gay bar have to admit straight men—or women? And back to religion, if the Christian Legal Society at a public law school wants the institutional support the school offers to other student groups, does it have to allow atheists to be not only members but officers?

The Supreme Court has already answered that last question: They do. But the vote was 5-4. So too was the vote last June in the Hobby Lobby decision, which went the other way, upholding the right of the deeply religious owners of a chain of stores to decline to provide employee health insurance that covered abortifacients. Not simply the nation at large, therefore, but the Supreme Court too seems deeply divided on these questions.

Before turning to the main question, let me be clear: I’m anything but opposed to gay marriage. In fact, I recently finished editing the Cato Institute’s amicus brief supporting the plaintiffs now pressing the Supreme Court to prohibit states from discriminating against same sex marriages. But that’s not the question here. It’s what’s become of freedom of association?

That way of putting it implies, of course, that there was some “golden age” in which people were free to associate in any way they wished—and equally free to decline to do so insofar as they couldn’t agree, whatever their reasons.

But we never enjoyed anything quite like that “pure” model, where people could discriminate as they wished, for any reason, good or bad, or no reason at all. The main inroads, however, were limited, and perfectly reasonable, going all the way back to the common law. If you ran a monopoly, or you were a common carrier like a stage line or a railroad, or you held yourself in commerce as “open to the public,” like an innkeeper, you could still discriminate—a restaurateur didn’t have to serve a disruptive customer—but your reasons were subject to scrutiny and might not be held “reasonable.”

That still left a large dose of freedom of association, but with serious exceptions—slavery, Jim Crow, restrictions on women and minorities, even establishment churches early on—all enforced by the heavy hand of government.

That’s the history that brought us, when we finally decided to do something about it, to where we are today. In essence, with the civil rights legislation that began in the 1960s—aimed at ending not only state sanctioned public discrimination (Jim Crow) but private discrimination as well—we flipped the presumptions. Whereas before, you could discriminate except as the common law prohibited it, now you could not do so based on an ever expanding list of forbidden grounds—including, more recently, sexual orientation in many jurisdictions. In effect, the burden shifted to you to justify your decision not to hire, rent, insure, lend, allow in your private club, whatever.

No one likes to feel the sting of discrimination, of rejection. But neither do we want to lose our right to choose our own associations, to be forced into associations we’d rather not be in. But to choose just is to discriminate. Indeed, we think of a “discriminating” person as one who chooses wisely. Notice, however, that such a person has his own reasons for so choosing—they’re not imposed on him by others. And that’s pretty much the way the common law struck the balance when it held that, absent the exceptions just noted, the often complex and always subjective reasons for choosing whether or not to associate with another were your business and yours alone. It was not the business of government to second-guess you, to try to discern the “real” reason why you chose to discriminate as you did.

So why did we flip that presumption? Why did we tell an employer, for example, that if he didn’t get his numbers “right,” if he employed too few “underrepresented” minorities, we’d presume he had discriminated on some forbidden ground and require him to show that he hadn’t—an often impossible and always expensive undertaking that has led to our modern affirmative action law? Why, in short, did we prohibit private discrimination beyond the common law bounds?

We did so, over the principled objections of several in Congress, because we thought it was the only way to break the back of institutionalized racism in the South, and probably it was, even if that remains, as in the nature of the matter it must, an open question—as is the question of how much longer this legal regime must continue.

But the result, if less than clear, was before us in the Indiana battle. Although the Indiana and Arkansas compromises differ slightly, in essence they follow the federal Religious Freedom Restoration Act.

Thus, other things being equal, if a restaurateur-caterer is open to serve the public, he must serve all, consistent with common law principles. But if he’s sued for refusing to undertake the greater involvement entailed in catering a same-sex wedding, presumably he could show, as a defense, that doing so would burden his religious liberty. If not, it’s hard to know how these acts can still be called religious freedom restoration acts—or how they would protect even a minister from being compelled to officiate at such a wedding. To be sure, express protections might work, but there’s only so much we can spell out in a statute.

All of this remains to be sorted out by the courts, doubtless in more 5-4 decisions. At the least, however, we can say that this is what to expect when presumptions shift, in the name of some ideal, from liberty to compulsion.

It wasn’t ideal—it never is—when we were free to associate, or not, as we wished. That allowed for offensive discrimination. But like offensive speech, that is to be expected in a free society, and remedied by means other than the force of law, because the alternative is worse.

Roger Pilon is vice president for legal affairs at the Cato Institute and director of Cato’s Center for Constitutional Studies.