When the Robots Rise 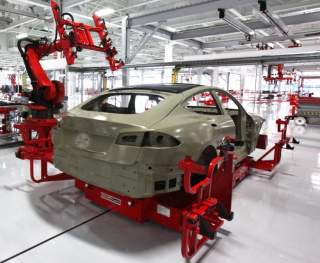 “Nature hath made men so equal, in the faculties of the body, and mind; as that though there be found one man sometimes manifestly stronger in body, or of quicker mind than another; yet when all is reckoned together, the difference between man, and man, is not so considerable, as that one man can thereupon claim to himself any benefit, to which another may not pretend as well as he.”

This peculiar thought—that, in the most important respects, and despite their manifest differences, all men are equal—has laid the intellectual foundation for democracy’s unlikely triumph. But will society retain its belief in equality when it is no longer just man against man? Can democracy thrive when more and more benefits accrue to machines that are stronger in body, and quicker in mind, than any mere mortal? And will the machines’ owners remain willing to honor the claims of their social inferiors when they no longer need them to make their food, or to staff their companies, or to fight their wars?

Machines are about to get very good at doing a range of tasks that human beings have historically been paid to perform. By some estimates, half of current jobs are in danger of being replaced. If anything close to this happens, a smaller and smaller share of the human population will possess skills that make them more productive than machines. As a larger supply of labor competes for fewer jobs, wages will fall for most, or dry up entirely. The owners of capital and property, physical and intellectual, will triumph. “With less need for human labor and judgment,” venture capitalist Vinod Khosla predicts, “labor will be devalued relative to capital and even more so relative to ideas and machine learning technology.”

Advanced democracies like the United States would then be transformed by the rise of two wildly different strata of society, with very little to keep them connected: A small upper class will largely rely on technology to serve its needs. Meanwhile, a large lower class will have very little of value to offer a shrinking labor market.

In light of this momentous transformation, it is only natural that most writing about automation has been focused on the economic realm. And yet, the rise of the machines is likely to have even more radical consequences in the political arena.

Devoid of the middle class that has historically sustained it, democracy is unlikely to survive. At some point, deep inequality will undermine elites’ support for democracy. They will simply have too much to lose from policies that help the growing ranks of the poor. Given elites’ considerable resources, and their dwindling need for the human labor (or force) that the masses provide, they are likely to coopt the democratic process to serve their own ends in an even more radical way than they do now—or to dispense with the pretense of democracy altogether. Without a middle class between the rich and the poor, it seems unlikely that popular democratic institutions can survive. As the sociologist Barrington Moore put it, “no bourgeois, no democracy.”

This antidemocratic dystopia can be averted if elected leaders preserve the middle class through some form of redistribution. But the more unequal society becomes, and the more elites have to lose from redistribution, the more aggressively they will try to block any such effort. If the material plenty created by the machines of the future is going to benefit the bulk of humanity, someone needs to solve the political challenges of the automation age before a small cadre of economic elites amasses too much power. Rendering a future automated economy safe for the shared prosperity that democracy requires will take a lot of foresight, an extraordinary amount of enlightened self-interest and some very clever political maneuvering. That is a lot to hope for, especially in the light of current political inequalities.

This challenge is compounded by the fact that neither of the two dominant political parties in the United States has an adequate framework for thinking about the challenges that a new, automation-heavy economy poses to a society already tottering on the brink of unsustainable inequalities. One party is likely to conclude that the automation revolution can be confronted with small-bore measures like education reform or more investment in training the American workforce. The other party argues that government is always part of the problem, never part of the solution. In their respective ways, both Democrats and Republicans are peddling evasive and backward-looking responses to a problem that requires a forward-thinking strategy.

Finding the right response to automation is both an economic and a political necessity. At stake is not only the broad-based prosperity to which society has long grown accustomed, but also the continued viability of the democratic system itself. Science fiction writers have imagined a dystopian future in which robots have freed themselves from the domination of their masters, enslaving the human race. From the perspective of political science, the more likely—and equally scary—scenario is that robots will indeed subjugate the mass of the population, but at the behest of a narrow elite of human masters.

OVER THE last decades, the American economy has produced rapidly rising inequality—an inequality that has become even starker in the aftermath of the most recent recession. Since 2008, the overwhelming share of the country’s economic gains has accrued to a select few: to holders of advanced degrees; to people who work in management or finance; and to people who already own property, both physical and intellectual. Meanwhile, the wages of average citizens have continued to stagnate. Americans without highly valued skills or elite educations are finding fewer job opportunities. The jobs they do find are likely to be part-time, temporary and poorly compensated. Unemployment rates may be down, but the more telling statistic is that participation in the labor force has sunk to its lowest levels since the late 1970s. Now, only about 62 percent of working age people are in the labor force.

Recent economic policy explains part of this divergence of fortunes: marginal tax rates for top incomes have decreased, regulation of the financial sector remains lax and intellectual property enjoys excessive protections. There has been an increase in what political scientist Steven Teles has called “regressive rents”—the ways in which economic winners use government policy to limit competition and thus charge higher prices for their services. But structural factors are also an important driver of inequality. If the last years have seen a great divergence in fortunes between the many and the few, globalization, declining union membership and increasing returns to high-skill work are all part of the reason.

Robotic technologies are starting to exacerbate this great divergence, and things may be about to get much worse. Over the last years, robots have become able to perform a wide range of tasks humans were long paid to perform—faster, cheaper and more reliably. As these technologies achieve the kind of mass production that will make them widely affordable over the next years, experts expect to see restaurant chains purchasing robots to prepare food, retail chains leaving it to robots to stock shelves, trucking companies making their fleet autonomous and taxi services shifting to self-driving cars.

Even high-skill jobs that had long seemed safe from the encroachment of automation may soon come under pressure. Prestigious law firms are already starting to use software for some of the tasks, like document review, that were once the purview of paralegals, or even highly paid law-school graduates. Robots have begun to carry out medical procedures. Universities are testing technologies that may soon substitute thousands of lecturers at campuses around the country with one or two star lecturers located at top universities, beamed across the world through technology, and assisted by evaluation algorithms that handle all the grading.

FOR MUCH of human history, the rich were more likely to be critical of democracy than the poor. Whether it was the elite families of Athens who gave birth to Socrates and Plato or the British aristocrats who fought to avoid an extension of the franchise, they had good reason to fear the people. After all, a democracy claims to let the people rule. Anybody who benefited from the vast inequalities of wealth that prevailed in these societies would be forgiven for assuming that the people would inevitably implement land reform, sky-high wealth taxes and other redistributive measures once they were in power.

But, starting in the late nineteenth century, and at first restricted to a few countries like the United States and Great Britain, the rich slowly began to make their peace with democracy. Part of the reason for this was that industrialists came to understand that they themselves required a well-educated labor force to build their own prosperity. Another reason was that the rich needed large-scale civilian armies, which required a stake in society through democratic participation and decent pay, lest they rise up and stage a coup.

Even so, it is only since World War II, with material inequality reaching its lowest level in human history, that the rich have become unequivocal supporters of democracy across North America and Western Europe. A broad and aspirational middle class, they now recognized, does not demand overly redistributive policies. The middle class helps to guarantee democracy in great part because it soothes elites’ historical fears about democracy. But the strong support for democracy among elites over the past fifty years does not mean they are incapable of turning their back on institutions they had feared for three millennia. As that middle class disappears, and the demand for redistribution rises, elites may once again become democracy’s most vocal detractors.