When Tragedy Strikes: How Should the American Government React? 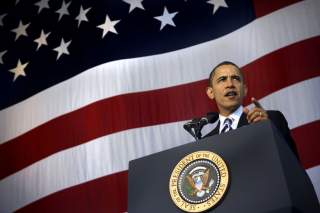 Conservatives are justifiably angry about the media’s mischaracterization of Jeb Bush’s comments about gun violence. The former Florida governor was portrayed as swatting away mass shootings with a dismissive “stuff happens” when the record shows he was engaged in a thoughtful discussion of how crises can lead to counterproductive, knee-jerk policies.

The trouble for conservatives is that many Americans would instinctively recoil from the remarks in full context. For Bush is right that “whenever you see a tragedy take place, the impulse in the political system, more often in the federal level but also at the federal level is do something.”

That impulse doesn’t just belong to the “political system,” but is shared by most voters. It may not lead all of them to support gun control, but relatively few Americans want to hear from their politicians nuanced cost-benefit analysis rather than a solution when something like the Oregon massacre happens.

Barack Obama understood this when he reacted to Bush’s comments with disdain. After first suggesting he didn’t even need to respond, the president said, “The American people should hear that and make their own judgments based on the fact that every couple of months, we have a mass shooting. They can decide whether they consider that ‘stuff happens.’”

It remains to be seen whether socialist Democratic presidential candidate Bernie Sanders, who hails from Vermont, a state with little gun control and even less crime, will see his momentum stall after Hillary Clinton made an impassioned call for gun control while he doubted “that anybody knows what the magic solution is.”

The desire to see the government do something in the face of tragedy and evil isn’t limited to liberals or centrists. Not long after Obama’s dismissal of Bush’s remarks, some conservatives circulated something the president once said in response to the gassing of civilians, including children, in Syria.

Obama observed that “when bad stuff happens around the world, the first question is what the United States is going to do about it. That’s true on every issue. It’s true in Libya. It’s true in Rwanda. It’s true in Sierra Leone. It’s now true in Syria.”

The president’s words rankle conservatives amidst Russian airstrikes in Syria, where Moscow is ostensibly bombing our common terrorist enemies but is more likely attempting to prop up the cruel dictator who did the gassing, Bashar Assad.

The horror of madmen shooting children at school in our own neighborhoods or using chemical weapons against their own people overseas is unmistakable. The temptation to take the most obvious actions is therefore understandable: disarm and take out the madmen abroad, and if we can’t identify the madmen at home in advance of their crimes, enact laws that will disarm them preemptively.

But what if intervention in Syria or what is now euphemistically described as “gun safety” laws at home won’t work? In fact, what happens if they make things worse by prolonging a Syrian civil war or disproportionately disarming those least likely to engage in the kind of acts that have us crying for gun safety laws in the first place?

Obama appreciates the limits of what our power can accomplish in faraway war-torn countries but is much less appreciative (and perhaps even in denial about) of those limits domestically. For many of his Republican critics, it’s the opposite.

Note that when each side is optimistic about what the government can do, it is no longer government power but “American power.” What’s happening in Syria is a failure of American leadership, gun violence in the United States is the failure to make a simple political choice to stop it.

The same people posting Internet memes about how Australia stopped having mass shootings after enacting sweeping gun control laws in 1996 would be likely to ridicule Bush’s argument that after his brother did any number of things—signed the Patriot Act into law, conducted “enhanced interrogation,” housed terror suspects in Guantanamo Bay or invaded Iraq—there were no further 9/11-style terrorist attacks on America.

It takes a bit more to prove the efficacy of any of these policies. But it’s human nature that many people won’t want to hear it and would prefer to believe that there is some easy fix that will keep us safe.

None of this is to suggest that military interventions are never justified or that no gun laws could ever enhance public safety. It is just that when tragedy strikes, deliberations about whether the benefits will really outweigh the cost in liberty and treasure usually fall by the wayside, no matter how much context you provide.

Prayers aren’t enough, insist those who believe politicians have the power to answer prayers.