When Trump Meets Xi: Prepare for the Opening Gambit 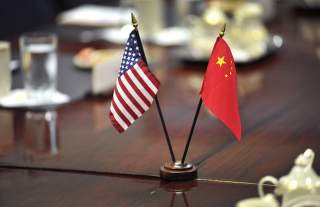 The first summit meeting between Presidents Donald Trump and Xi Jinping is the beginning of a process, punctuated by serious issues, separated by distinctly different negotiating styles. With these points in mind, the new American president can use the Mar-a-Lago meeting to set the tone and tenor of U.S.-China relations, kick start fairer trade, highlight some critical security priorities, and avoid falling prey to either the hubris that can afflict any summiteer or the traps set by Chinese tactics.

A Process, Not Decisive Single Moments

For all the buildup of this inaugural meeting, it is important to remember that diplomacy has more to do with managing relations over time than producing singular and monumental deals. The Mar-a-Lago summit represents the opening gambit—not the closing move—between Presidents Trump and Xi.

The U.S.-China informal encounter brings together the leaders of the most consequential of major-power relations in this decade and decades to come. But just because it is important does not mean it will lead to either a breakthrough or a breakdown in bilateral relations. A single summit seldom achieves the lofty altitude intimated by the word.

The very word summit lends itself to superlatives and hyperbole. Yet a lone meeting, especially an informal, get-acquainted gathering with little time for preparation or prenegotiated accords.

During the Cold War, U.S.-Soviet summit meetings captured worldwide attention because they brought together two men with the ability to initiate a world-ending nuclear exchange. Yet for all the fear and hype, the entire series of summit meetings that took place over more than three decades created more modest, if nontrivial, achievements of détente and a nuclear arms-control regime.

The key question is not what a single, loosely choreographed summit produces, but what it eventually leads to with respect to economic and security outcomes, as well as the general impact on regional and global order. And between trepidation about the impact of U.S.-China relations on the world economy and the end of Washington’s strategic patience over North Korean nuclear and missile proliferation, even the immediate issues to be discussed by the two leaders are substantial.

For an unscripted summit, this week’s meeting at President Trump’s southern White House is not lacking for urgent issues to be addressed in both the economic and military realms. North Korea’s breakneck pursuit to become a permanent nuclear-weapon state is preempting what logically would have been primarily an economic and trade summit.

But another Mar-a-Lago summit, another North Korean crisis. It was only February when Trump’s golf-diplomacy bonding with Japanese prime minister Shinzo Abe was interrupted by North Korean missile launches. This time, Pyongyang did not wait until the summit to test launch another medium-range ballistic missile, and a sixth nuclear test could be imminent. Trump and Xi represent nuclear powers, but their own national nuclear prowess is being challenged by an illicit nuclear upstart hoping to provoke surrounding powers into acquiescing to its weapons of mass destruction.

Meanwhile, Trump has sent a clear signal to Pyongyang and Beijing that something more must be done to rein in North Korea’s reckless behavior, which could trigger a major regional war. A still-classified North Korea policy review reportedly focuses on tightening comprehensive pressure on Pyongyang rather than hastily launching a preemptive strike. While everything is said to remain on the table, preventive action only makes sense in the extreme scenario that Kim Jong-un were about to launch a missile with an intent to kill.

Comprehensive pressure makes sense, especially with respect to squeezing the Kim family’s illicit economy and North Koreans’ doubts about their country’s future. Pressure may not force North Korea to abandon nuclear weapons, but it could produce arms control or pave the way to eventual change from within. In the meantime, the United States and its allies can augment their armed forces and expand their economic growth, reducing North Korea’s weapons to paper tigers through sustained deterrence and leaving North Korea’s economy further behind G-20 economies.

Not only does the North Korean threat help unite China and the United States (unlike maritime disputes in the East and South China Seas), but it also could be an added incentive to signal some trade and investment deals that would help both Trump and Xi address their vital domestic economic goals. Fairer trade will take more time, but announcing now an intention to invest in American jobs could be a winning move for Beijing.

Many other issues may be discussed in passing, but adding in time for translation, there is only so much two leaders getting to know each can delve into during a single meeting. North Korea and trade and investment will dominate. Whereas North Korea policy has at least gone through a preliminary interagency review, the Trump administration’s economic policies remain a work in progress. Trade deficits and currency manipulation—issues that figured prominently on the campaign trail last year—now need to be leavened by a more general concern with mercantilist trade practices that prevent a level playing field between U.S. businesses and China’s state-owned enterprises. The good news is that while Xi will be trying hard to determine the administration’s highest priorities, narrowing a gap in approaches to managing the North Korea problem and signaling a trade deal are useful touchstones for future cooperation and negotiations.

While context and issues are salient, it is also true that the national and personal negotiating styles of Presidents Trump and Xi stand in stark contrast. The former appears poised for tactical engagement, while the latter is well prepared for more strategic competition. If Trump’s business success and acumen favor no-holds-barred, transactional deal making, Xi’s achievements in ascending to the top of the Chinese Communist Party compel him to capture the overall rhythm of U.S.-China diplomatic relations.

Later this year, the Trump administration is likely to be much further along in developing a longer-term strategy than it is some eighty days into its current four-year term. Likewise, even if Xi is aiming for an historic great rejuvenation and “China Dream” later this century, he, too, harbors some very short-term goals. Xi wants to take the measure of Trump, ascertaining his true priorities, and ultimately making him more predictable and therefore less likely to upend China’s momentum and Xi’s plans heading into the Nineteenth Party Congress at the end of this year.

Events and crisis management could render contrasting leadership styles meaningless. Regardless of what transpires, nothing is binding, and first impressions can change over time. In sum, both Trump and Xi want to demonstrate leadership and progress, and this bodes for a cooperative atmosphere to prevail. How each statesman builds on this initial summit with its opening gambits remains the most far-reaching question.

Image: U.S. and Chinese flags during a meeting at the Pentagon, 2012. Wikimedia Commons/Department of Defense