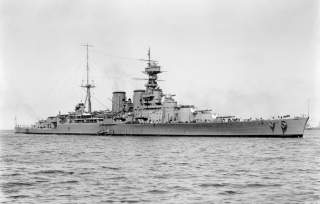 ON JUNE 22, 1940, the French signed an armistice that left Germany largely in charge of the northern half of France with Vichy in charge of the southern half and the French colonial empire. No one, including President Franklin D. Roosevelt, knew whether Britain would fight on alone or seek its own armistice with Germany, as Hitler and many other European leaders anticipated. Winston Churchill believed that to continue the war he had to prevent France’s naval fleet, the second largest in Europe, from falling under German or Italian control. The fleet, which had seen little fighting, was intact; about 40 percent of its tonnage was in Toulon near Marseilles, another 40 percent in North Africa and about 20 percent in the United Kingdom, Alexandria and the French West Indies.

The Franco-German armistice had left the fleet in the hands of Vichy France, though under German and Italian “administrative supervision.” Churchill’s nightmare was that the Axis would take possession of much of the fleet through pressure on the French government or with a quick armored thrust to Toulon. A combined Franco-Italian-German fleet could dominate the Mediterranean.

While the German navy and Mussolini lobbied to make Churchill’s nightmare real, Hitler had a more sophisticated calculus. He feared the French fleet would sail for the United Kingdom if Germany tried to take it over. Hitler therefore turned down Mussolini’s request to assume control of the fleet in a June 18 meeting in Munich, explaining that French destroyers under British control would tilt the military balance against German submarines in the Atlantic. Thus, both Churchill and Hitler saw the French fleet more as a threat than potential asset.

Vichy France had its own calculus. Senior French officials led by Head of State Philippe Pétain believed correctly that the threat of the French fleet joining the United Kingdom provided a certain leverage over the Germans, including keeping them out of the unoccupied French zone and perhaps out of the French North African colonies as well. The French in fact had made the armistice contingent on their right to man their own naval vessels. Their naval chief of staff François Darlan, for his part, sailed the Atlantic fleet to Toulon and destroyed the Atlantic naval bases to thwart German designs as France collapsed. He gave orders to his admirals to scuttle their ships if the Germans tried to take them—something he told Britain’s First Sea Lord Dudley Pound on June 18. Gen. Charles de Gaulle assured the British that the French naval commander was serious. “The fleet is Darlan’s fief. A feudal lord does not surrender his fleet.”

DESPITE THESE assurances, the British began to pepper the French with questions about the fleet’s future as the fighting drew to an end. Darlan compared those polite but insistent interrogations to “heirs visiting a dying man.” Since the British could do little about the fleet in Toulon, which was well guarded by shore artillery, they turned to the fleet in North Africa. Churchill was particularly concerned about two modern battle cruisers at Mers el-Kebir, three miles west of Oran, the Dunkerque and the Strasbourg, and two modern battleships, the Richelieu at Dakar in Senegal, and the Jean Bart at Casablanca. All were superior to their German equivalents.

Initially, Britain’s naval officials were strongly opposed to attacking the North African fleet even if the French navy refused the British ultimatum to France: sail the fleet to the UK or the French Caribbean, or scuttle it. The naval officials had two concerns: Militarily, an attack might not sink the most modern French vessels and would probably result in British losses. After the attack, France would likely retaliate; at worst, the UK could find itself in a naval war with France, including with its submarine fleet. Politically, the French colonial empire, whose loyalties were still uncertain, would be more likely to side with Vichy than with de Gaulle’s Free French Forces.

However, the British cabinet and senior naval officials (though not mid-level ones) soon came around to Churchill’s view as French officials turned aside British appeals. The British felt they could not risk having the North African fleet pick up anchor one night and arrive the next morning in Toulon, a glittering potential prize for Germany. Nor could the British spare ships to monitor the French fleet in the colonies indefinitely since Britain needed every ship possible for the Atlantic convoys from North America and the anticipated German invasion of the UK. On June 27, the cabinet decided it would use military force (Operation Catapult) unless its demands were met.

Churchill had a second reason to press for military action. According to his principal private secretary Eric Seal, “[Churchill] was convinced that the Americans were impressed by ruthlessness in dealing with a ruthless foe; and in his mind the American reaction to our attack on the French fleet in Oran was of the first importance.” Churchill was to keep Roosevelt informed about his plans, albeit discreetly.

ON JUNE 27, First Sea Lord Dudley Pound informed fifty-eight-year-old Vice Adm. James Somerville that he would command Force H, whose mission would be to neutralize the French fleet at Mers el-Kebir. Charming, intelligent, energetic and competent, Somerville was beloved by his men and respected by his French counterparts. When informed of his appalling task, Somerville assumed that the French would cede to British demands even if at the last minute. He told his naval commanders this in Gibraltar when they argued against the operation on June 30. On July 2, the admiralty sent Somerville the following message as Force H left for Oran: “You are charged with one of the most disagreeable and difficult tasks that a British admiral has ever been faced with, but we have complete confidence in you and rely on you to carry it out relentlessly.”

Armed with three battleships, an aircraft carrier, two light cruisers and eleven destroyers, Force H arrived to blockade the Mers el-Kebir harbor on July 3 at 7:00 a.m. Somerville chose Capt. Cedric Holland, the former British naval attaché in Paris, to deliver the British ultimatum to French Adm. Marcel Gensoul: sail to the UK or the French Caribbean, or scuttle. Holland, who was on good terms with Gensoul from his Paris days, approached the harbor entrance on the British destroyer Foxhound. Gensoul, knowing almost certainly the purpose of the visit, refused to meet with Holland and ordered the Foxhound to withdraw. In a daring move, Holland got into the Foxhound’s motorboat and at 9:05 a.m. headed towards Gensoul’s command ship, the Dunkerque. Gensoul’s aide, Lt. Bernard Dufy, intercepted Holland in the admiral’s barge, took the ultimatum to Gensoul and returned an hour later with the latter’s firm response. France would “meet [British] force by force.” Thereafter, the pace of events accelerated:

2:05 p.m.—The British intercept the French admiralty’s message ordering all French naval vessels in the Mediterranean to converge on Mers el-Kebir to defend the fleet there.

2:19 p.m.—Somerville informs Gensoul by naval signals that the attack will begin at 3:00 p.m.

2:30 p.m.—Gensoul signals to the British fleet that he will meet with Holland for an “honorable discussion.” (Gensoul’s real motive was no doubt to gain time for the French fleet to arrive.)

4:15 p.m.—Gensoul meets Holland in the stifling heat of the Dunkerque’s cabin and shows him Darlan’s June 27 cable ordering his commanders to scuttle their ships if the Germans tried to take them over.

5:12 p.m.—Somerville, knowing that the French fleet is coming, informs Gensoul that the British will open fire if the ultimatum is not accepted by 5:30 p.m. Gensoul reads the message in silence and says good-bye to Holland with surprising warmth. Dufy and Holland bid farewell to each other in tears.

It was not a fair fight. At 5:54 p.m., the British capital ships began pounding the French fleet, which could not maneuver in shallow waters to bring its guns to bear on the British fleet (fifteen thousand yards away). The British granted the French request for a cease-fire after twenty minutes of mayhem that left about 1,300 French sailors dead. On July 6, British aircraft attacked the Dunkerque, which had no sailors on board. Overall, Force H seriously damaged the Dunkerque, two battleships and a seaplane carrier. But the Strasbourg had managed to escape in the smoke of battle along with five destroyers to Toulon. Admiral Somerville wrote to his wife, “For letting the battle cruiser escape and not finishing off more French ships. . . . I shouldn’t be surprised if I was relieved forthwith. . . . The truth is my heart wasn’t in it and you’re not allowed a heart in war.”

That same day, the British seized French ships in UK ports with moderate resistance; the French surrendered control of their ships in Alexandria peacefully. On July 7, British torpedo bombers put the modern battleship Richelieu out of commission for almost a year at Dakar, Senegal. The British did not attack the modern battleship Jean Bart at Casablanca because they had learned the arming of the ship could not be completed there.