Where Should Nuclear Waste be Dumped? 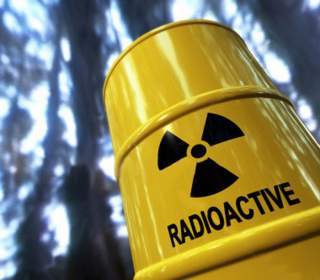 Nuclear waste is once again on the political radar with ample potential for controversy. The Obama Administration has taken the position that a central repository at Yucca Mountain is not workable, while Congress appears to have a range of approaches, including Yucca Mountain. Among Congressional measures, a bipartisan bill in the Senate proposes the creation of an independent agency to oversee the vetting of nuclear waste sites. Recently elected Congressman Hardy from Nevada has also called for an honest discussion among Nevadans about Yucca Mountain. Since public consent is so integral for 21st century democracies, one might ask: what can be learned from early adopters of consent-based processes in nuclear waste decisions?

To put nuclear waste management into context, approximately 2,200 metric tons of waste are produced annually in the US. Nuclear waste is kept in pools of water at nuclear power plants throughout the country, and such waste can be hazardous for thousands of years. Since 1987, plans have been underway to utilize a deep, central repository beneath Yucca Mountain in Nevada. The state of Nevada opposes the project. Yet, Congress overrode the state’s veto in 2002, spurring legal challenge and scientific debate on the site’s suitability.

Currently, Yucca Mountain seems to be the most primed, longer term option. More than $15 billion has been spent and decades of experience have accrued. Safety evaluation reports by the Nuclear Regulatory Commission are also favorable toward Yucca. However, legal and scientific representatives for Nevada are raising challenges. Moreover, accruing waste will exceed the legal capacity of the site, so more than one location will be needed if other strategies are not adopted.

Whatever waste sites are to be evaluated, public consent must more fully factor in order for there to be any chance at durable buy-in. Here, an open and voluntary competition for technically feasible site(s) could overcome a number of challenges, particularly if host sites are assured benefits that meet their interests. For such a genuine consent-based approach to work, state residents of prospective sites should be able to volunteer as hosts, or at least be given the right to vote against the nomination of their state. Whether consent is conveyed by a referendum or not, it should at a minimum reflect the willingness of affected parties—namely local communities and tribes, as well as the host state. Congress also needs to respect states’ determinations, and winning sites should be amply rewarded.

Working examples of consent-based processes for nuclear waste siting do exist. In Finland, an underground nuclear waste repository is being built and, in Sweden, a site has been selected. For both, the host communities appear to welcome the facilities after public deliberation was engaged in the decision-making process. In Finland, technically-suitable sites were announced and then local communities received funding to perform their own safety assessments. Somewhat differently in Sweden, a competition was organized between two, technically-approved communities. In that case, both the “winning” and “losing” Swedish communities ended up sharing the investment benefits in infrastructure, business development, and education.

While the Nordic examples provide insights, their approaches may not be wholly replicable in the US, due to idiosyncrasies of the American system. Here, it is useful to look to the Waste Isolation Pilot Plant in New Mexico—the only operating, deep geological repository for long-lived nuclear waste in the world, now functioning for over a decade. This project was chosen after local officials expressed interest in being considered. By design, it focuses on military-related nuclear waste, and is not available for commercially produced waste. However, the project’s development offers lessons on the relevance of a supportive community and state government engagement, even amidst disagreements between federal and state agencies.

From these examples, a number of important insights can be drawn. First, procedural fairness and, more specifically, consent through voluntary self-nomination can be essential for public buy-in, entailing stakeholder engagement at the local, state and national levels. Second, such approaches require time. The Nordic and New Mexican examples emerged over two decades of stakeholder engagement.

In looking ahead, there may be political temptation to view Yucca Mountain as the immediate solution. However, decision-makers must remember that sunk costs have a way of distorting assessments of potentially superior alternatives.

Regardless of today’s political disagreements, politicians must bear in mind that Presidential and Congressional terms last for microseconds, whereas the effects of nuclear waste can endure. A window of opportunity needs to be seized to step above the polarizing fray of politics. Foundations for more deliberative and consent-based decision-making should be laid now for choices on nuclear waste.

Kathleen Araújo is assistant professor at Stony Brook University and a former research fellow at the Harvard Kennedy School’s Belfer Center for Science and International Affairs.