Where Is the Russia Investigation Going? 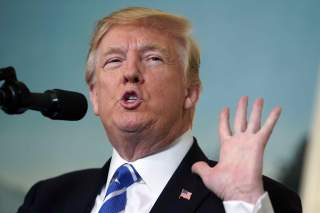 Paul Saunders recently wrote an article on how efforts to save democracy can end up threatening it. A portion of the article can be found below:

Can efforts to protect American democracy end up threatening it? In the ongoing investigations into Russia’s interference in the 2016 presidential election, the answer may well be yes—especially if the media fail to scrutinize the intelligence and security agencies pursuing the matter. The investigations may actually help Russian President Vladimir Putin to expand his influence and reach too, even as they deny the United States the ability to pursue vital national security interests. The present moment deserves reflection and judicious action, not the frenzy currently taking place.

Notwithstanding President Trump’s apparently politically motivated denials, Russia did interfere in the election and Americans need to understand what happened and why to protect against future interference from Russia or other nations. No less important, Washington needs to find a way to communicate to Moscow that such interference is intolerable and that it will carry a steep price. But Washington won’t be able to conduct any of this effectively if key governmental and social institutions fail to function properly.

Consider the case of George Papadopoulos, who recently pleaded guilty to misleading the FBI. Beyond Papadopoulos’ energetic attempts to create a role for himself in the Trump campaign, which seem founded upon amateurish efforts to shade the truth in communicating with people on both ends of the bridge he was trying to build—hardly unusual in Washington, though rarely exposed to the light of day—what is striking about the affair is an FBI preoccupation with “Russian contacts” that may contravene fundamental American values if it is broadly implemented across Special Counsel Robert Mueller’s investigation and in U.S. counterintelligence policy.

In the October 5, 2017 plea document signed by Papadopoulos, his attorney, and Mueller’s aides on his behalf, the investigators disclose that Papadopoulos failed to reveal his contacts with the Russian think tank expert “despite being asked if he had met with Russian nationals or ‘anyone with a Russian accent’ during the Campaign.”

It is understandable that investigators may have wanted to ask Papadopoulos about his contacts in the broadest possible manner to ensure that he could not avoid answering based on a technicality (e.g., how would he know whether someone he met was a Russian national) or, alternatively, to trap him. That said, the question is a troubling one on many levels. First, and most obviously, this phrasing doesn’t really solve the technicality problem; after all, who other than a linguist could reliably tell the difference between a Russian accent, a Ukrainian accent, a Belarusian accent, and a Bulgarian accent? What if Papadopoulos said he didn’t know someone’s accent was Russian? Second, if Russia’s intelligence services were trying to co-opt or exploit the Trump campaign, couldn’t they find someone without a Russian accent to undertake this most sensitive of missions? Third, and most peculiar, is the suggestion that the Special Counsel and the FBI have broadened their investigation to include “anyone with a Russian accent”—a standard that goes far beyond even the wild overreach displayed in Sen. Joseph McCarthy’s hunt for communist sympathizers.