Where Is the Unrest in Kazakhstan Headed? 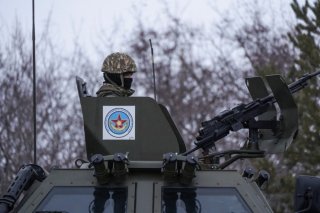 Developments in Kazakhstan have moved rapidly over the past week from apparently spontaneous protests over gas prices to an organized uprising, the removal of long-time ruler Nursultan Nazarbayev and his supporters from the government, and a successful appeal for the Russia-led Collective Security Treaty Organization to send peacekeeping forces. What factors produced this evolving situation, and where might things lead? What does this military intervention tell us about Moscow’s views of its interests and about its willingness to take risks to advance them? What, if anything, does this mean for Russia’s approach to Ukraine?

The Center for the National Interest held a discussion today with the following experts:

Alexander Cooley is one of America’s foremost experts on Central Asia and the Caucasus and Russia’s role in those regions. He is the Claire Tow Professor of Political Science at Barnard College and Director of The Harriman Institute for the Study of Russia, Eurasia, and Eastern Europe at Columbia University.

Fyodor Lukyanov is one of Russia’s most prominent foreign affairs intellectuals. He is Chairman of the Presidium of Russia’s Council on Foreign and Defense Policy, editor in chief of Russia in Global Affairs, and research director of the Valdai Discussion Club.

George Beebe, Vice President and Director of Studies at the Center for the National Interest, and a former head of Russia analysis at the Central Intelligence Agency, moderated the discussion.