Where Your Religion Can Still Send You to Jail 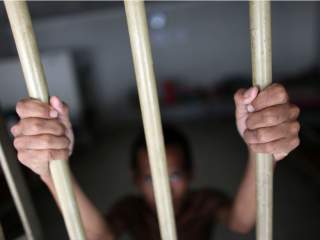 Among the worst abusers are non-state actors like ISIL and other violent religious extremist groups. In Syria and Iraq, ISIL has persecuted Shia and Sunni Muslims alike, while reserving some of its worst depredations for Yazidis and Christians. From summary executions to forced conversions, rape to sexual enslavement, abducted children to destroyed houses of worship, attacks on these communities—among the oldest in the Middle East—are part of a systematic effort to erase their presence.

State actors from China to Iran to Uzbekistan continue their own assault on freedom: witness the persistent presence and gross mistreatment of prisoners of conscience.

In order to spotlight the plight of these prisoners, as well as the repressive laws and policies of the governments holding them, the Tom Lantos Human Rights Commission of the U.S. House of Representatives in conjunction with the U.S. Commission on International Religious Freedom (USCIRF), on which we serve, and Amnesty International USA, created the Defending Freedoms Project. Through this project, members of Congress select prisoners in order to call culpable governments to account and ultimately help free these prisoners.

Among these governments are those USCIRF has recommended to the State Department for designation as “countries of particular concern,” or CPCs, marking them as some of the world’s worst religious freedom abusers.

China, for example, imposed the draconian sentence of life imprisonment on Ilham Tohti in September 2014 for “separatism,” due to his peaceful activism on behalf of his fellow Uighur Muslims, whom the government persecutes relentlessly. Tohti was an economics professor in Beijing, where he was known for his research on Uighur-Han relations as well as his activism for the implementation of regional autonomy in Xinjiang.

Eritrea has been holding Orthodox Patriarch Abune Antonios since 2007 at an undisclosed location, preventing him from communicating with the outside world while reportedly denying him medical care. In 2006, Eritrea’s government had deposed him from his position as head of the Eritrean Orthodox Church and placed him under house arrest, ironically after he protested meddling in his church’s affairs. Among the accusations against the patriarch were his reluctance to excommunicate 3,000 members of an Orthodox Sunday School movement and his demands that the regime release imprisoned human rights activists accused of treason.

Uzbekistan holds up to 12,000 prisoners, mostly for the independent practice of Islam. In April 2010 it sentenced two sisters, Mehriniso and Zulkhumor Hamdamova, to prison terms of seven and six-and-half years, respectively, and their relative Shahlo Rakhmonova to a six-and-a-half-year term, for conducting private Muslim religious instruction of girls. Mehriniso was sentenced despite being a teacher for a government-approved women’s religion course, and is being held in deplorable conditions while battling cancer.

China, Eritrea and Uzbekistan exemplify nations in which secular authoritarian tyrannies refuse to accept the independence of religious communities, resulting in serious religious freedom violations against members of groups ranging from Catholics and Evangelicals, to Muslims and Jehovah’s Witnesses, to Tibetan Buddhists and Falun Gong.

Other nations, such as Iran and Saudi Arabia, have religiously authoritarian governments which enthrone a single religious group or interpretation while persecuting dissenting religious communities or individuals.

In Saudi Arabia, Raif Badawi, founder and editor of the Free Saudi Liberals Web site, was sentenced in 2013 to 600 lashes and seven years in prison, and ordered to shut down his site. After appealing his conviction for blasphemy and other charges, he was given a new sentence in 2014 of ten years in prison and 1,000 lashes. Badawi’s lawyer, Waleed Abu al-Khair—a human rights activist and the head of the group “Monitor of Human Rights in Saudi Arabia”—was given a fifteen-year sentence.

Unfortunately, tyrannies aren’t the only governments which perpetrate or tolerate severe religious freedom abuses. Pakistan, an electoral democracy, has more people on death row or serving life sentences for blasphemy than any other nation. Among them is Aasia Bibi, a Catholic mother sentenced to death in 2010 for blasphemy. In October 2014, her appeal was dismissed and her death sentence upheld. This summer, Pakistan’s Supreme Court accepted her appeal and suspended her death sentence. No hearing date has been set.

As we commemorate Human Rights Day, it is time for the world community to rededicate itself to religious freedom and other rights, hold abusers accountable and demand the release of these and other prisoners of conscience.