Whether Trump or Biden Wins, the Battle Over America’s Future Has Just Begun 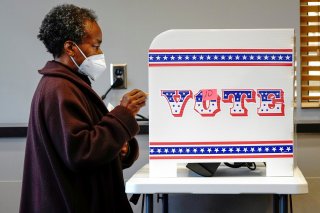 With election day almost upon us, few can say with real certainty whether Donald Trump will be elected to a second term, lose a squeaker to former Vice President Jose Biden, or be roundly defeated as voters, new and old, turn out in record numbers to send him packing.

The polls continue to show Biden with a significant but diminishing lead and when the votes are finally counted the outcome of this election, like the 2016 contest, may well hinge on a few votes in a handful of states. Or not. The fact is that no one can really be sure even at this late date whether the polls mean much this year—not because the pollsters are “lying” as some Trump supporters maintain but because it’s virtually impossible to predict with anything approaching certainty who will vote and whether historic demographic turnout or voting patterns mean much in such extraordinary times. Estimates are that this election will witness a turnout not seen since 1908.

It has become more and more difficult in recent years for pollsters to produce reliable results. The problems they confront run from the inability to draw an accurate representative sample when people can keep the same phone number when they move from location to location to a massive rise in the number of people who simply refuse to answer a pollster’s questions. Then there are those that political scientists refer to as “shy” voters—shy because they won’t openly admit to supporting a candidate or a cause that isn’t deemed politically correct by the grandees that determine such things. Finally, there is the fact that samples drawn for voter lists don’t include “new” or first-time voters in a year of increased turn-out.

This is as true for the Senate races that will determine control of that body as for the presidential contest. Two weeks ago, it appeared probable that Democratic challengers would win races in Iowa, North Carolina and Arizona. They may still win them, but they are now all within the margin of error and those who made those earlier predictions are hedging their bets.

The truth is that the country is as evenly and deeply divided today as it was four years ago. That won’t change regardless of which party emerges on Nov. 3, Nov. 4, or whenever the votes are ultimately tallied as the winner. Quite the contrary. The losers will feel cheated and argue that the winners lied and stole an election they shouldn’t have won. In the past, national elections were seen as a means of unifying the country; this one is likely to do the opposite.

All of this turmoil is a reflection of just how substantive the partisan and ideological divide has become over the past decade or so. Democratic and Republican partisans are arguing about very real differences in how they would govern. The days when it was said that “there’s not a dime’s worth of difference between the parties” is long gone. What’s more, the likelihood of any short-term reconciliation is unlikely until and if a new political consensus emerges; a consensus that can hardly emerge from campaigns that eschew real debate for personal attacks.

Let’s face facts: the hard Left is already openly preparing to take its demands into the street regardless of who wins; to continue its attacks on Donald Trump or to force Joe Biden and others to bend to its will. Americans who yearn for what President Warren Harding termed a return to “normalcy” after the trauma of a world war and pandemic more than a hundred years ago are likely to find that whatever one defines as normality won’t be found around the corner after this year’s election.

David Keene was formerly the opinion editor of the Washington Times and is a member of the board of the Center for the National Interest.