Who Cares about an Iranian Nuclear Breakout? Beware of an Atomic "Sneak-out" 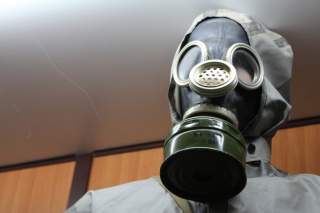 It’s time for America to rethink its strategy for preventing Iran from getting the Bomb. Negotiations over the Islamic Republic’s nuclear program are foundering on the question of how much enrichment capacity it can be permitted. So far, Tehran has refused to dismantle any of the 19,000 or so centrifuges it has installed. Its negotiating partners, led by the United States, insist that Iran can only be allowed to operate a few thousand at most. There is no clear path to breaking the deadlock.

The United States’ current strategy would make sense if Iran’s only option for acquiring nuclear weapons were a crash program using declared facilities that are inspected by the International Atomic Energy Agency—the much-discussed “breakout” scenario. If Tehran goes nuclear, however, it will almost certainly be more surreptitious and build a secret, parallel program dedicated to military ends. The United States should, therefore, aim to negotiate measures to prevent “sneak-out”—greater transparency, most importantly—and be prepared to compromise more over centrifuge numbers.

One critical lesson from history is that would-be proliferators try to sneak out; they don’t breakout. Six countries have been found by the IAEA to have violated their nonproliferation commitments: Iran, Iraq, North Korea, Libya, Romania and Syria. Each of these states was guilty of clandestinely conducting nuclear activities that it was legally obliged to report. None made a brazen attempt to divert declared nuclear material that was under the watchful eyes of international inspectors.

Iran’s own nuclear program is a case in point. It acquired centrifuge technology in the 1980s and 1990s from the illicit supply network run by the notorious Pakistani nuclear scientist A.Q. Khan. Its uranium-enrichment experiments should have been reported to the IAEA and monitored, but were instead kept secret. By the time Iran’s nuclear program was publicly revealed, in August 2002, it was operating one secret facility in Tehran and was constructing a further two, including a large subterranean plant, at Natanz.

Being outed did not, however, stop Iran from a second sneak-out attempt. In 2006, it resumed tunneling into a mountain near the holy city of Qom and subsequently began to prepare the facility for the installation of centrifuges. Tehran should have declared this facility right away, but failed to do so until September 2009—when Western intelligence agencies, which had learned of its existence, were preparing to reveal it.

Iran’s focus on sneak-out is entirely rational; the IAEA is just too good at monitoring what’s declared. If Iran tried to remove even a small quantity of enriched uranium from a declared facility, it would, in all likelihood, be discovered. By contrast, detecting secret enrichment facilities is more difficult. As a result, Iranian decision makers appear to have concluded that they needed to go underground—both literally and metaphorically—if they wanted the Bomb. They may yet do so again.

America’s focus on breakout is, therefore, misplaced. While reducing the number of centrifuges at Natanz is a worthwhile goal, it is less important than Iran’s acceptance of much more intrusive measures to detect any secret facilities that it might try to build in the future. These measures should include—but go beyond—the Additional Protocol, an enhanced inspection arrangement, developed in the 1990s, following the discovery of Iraq’s clandestine nuclear program.

Iran could, for example, give the IAEA blanket permission to take environmental samples from any publicly accessible place in the country. Inspectors could then easily and rapidly investigate a suspect facility by searching for the traces of radioactive materials that inevitably leak out. Iran could also permit the IAEA to monitor non-nuclear materials that are used in the production of the feedstock for enrichment to help ensure that centrifuges couldn’t be supplied in secret. Interviews with Iranian scientists, without the presence of minders, could also be extremely helpful. No measure by itself would be a panacea, but a carefully constructed package would go a long way to ensuring that an Iranian attempt at sneak-out would fail.

Not only would a focus on detecting secret facilities be in the security interests of the United States (and Israel, for that matter), but it would also increase the chance of a final agreement with Iran being reached. Iranian negotiators appear to have relatively little flexibility over centrifuge numbers, probably because Iran’s supreme leader, Ayatollah Ali Khamenei, has tied their hands. However, they might have more flexibility to negotiate over transparency. It’s time for the United States to test whether they do.

James M. Acton is a senior associate in the Nuclear Policy Program at the Carnegie Endowment for International Peace in Washington.