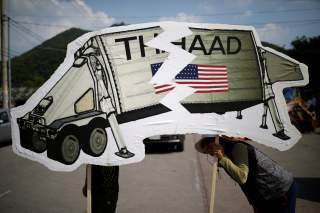 It’s a time of trial and tribulation for America’s allies and adversaries alike. Just what is U.S. policy these days? More fundamentally, who is deciding U.S. policy?

A presidential transition always creates uncertainty. Even when the Oval Office is passed between members of the same party, approaches and emphases differ. Personal connections vary. But today the differences are within a single administration.

Indeed, the latter threatens to drag America into the Syrian war as an active combatant, fighting not only the Islamic State but also the Assad government, Iran and Russia. In fact, his National Security Council was already pressing for a more active role against both the Assad government and Iranian-backed militias supporting Syrian president Bashar al-Assad, which would turn America into an active combatant in the six-year-old civil war. Yet candidate Trump criticized the Iraq War as well as proposals for entangling the United States in additional Middle Eastern conflicts. When his Republican competitors threatened to shoot down Russian planes, he called ISIS the priority. He later criticized Hillary Clinton as a warmonger, in part for her hawkish approach to the Mideast.

Candidate Trump ran for office threatening China with a trade war: he promised to rule Beijing a currency manipulator and proposed to impose a huge tariff. Secretary Tillerson threatened to blockade the PRC’s Pacific territories, a potential act of war, when testifying at his confirmation hearing. President-elect Trump upended traditional practice by accepting a congratulatory phone call from Taiwanese president Tsai Ing-wen.

But then President Trump swooned after meeting Chinese president Xi Jinping, gushing about their friendship. After demanding that Beijing “solve” the North Korea problem, he accepted the Chinese leader’s explanation why action was much harder than he’d originally thought. Still, to encourage China President Trump dropped talk of trade retaliation and a tough response to South China Sea territorial disputes. He also promised not to talk to President Tsai again without President Xi’s approval. But now, barely five months into his administration, he says relying on the PRC to deal with the North “has not worked out.”

While the president expected Beijing to act against what his defense secretary now says is the most serious threat against America, President Trump has oscillated between negotiation and war with North Korea. During the campaign he offered to negotiate with the North’s Kim Jong-un. A few weeks ago he was breathing fire and brimstone as he declared he was sending an “armada” off the coast of the Korean Peninsula, ready to attack Pyongyang, if necessary. Then, he said he’d be “honored” to meet Kim, who was a “smart cookie.” Now the president is back to looking for U.S. “solutions” to a problem which he believes China has proved either unwilling or unable to solve.

As for South Korea, candidate Trump dismissed the value of the U.S.-South Korean alliance and insisted that the Republic of Korea should spend more on its own defense, causing much well-deserved anxiety in Seoul. Then, Mattis and Tillerson visited the ROK, seeking to ease concerns by reaffirming America’s commitment to the alliance; they convinced the president to mouth some of the same platitudes. But a couple weeks before the South Korean election, Trump announced that Seoul should pay for the THAAD missile defense system, despite the agreement reached with the Obama administration. He also announced that he intended to tear up the Free Trade Agreement, which was negotiated and ratified at great political cost by previous South Korean governments. National Security Adviser H. R. McMaster responded by saying no one should pay any attention to the man in the Oval Office, apparently displeasing the man who at least nominally is McMaster’s boss.

The administration’s attitude toward Europe appears equally equivocal. Donald Trump long accused America’s NATO partners of unfairly relying on the United States, failing to meet their financial commitments and owing America billions. His ire towards Germany, which he also accused of being a currency manipulator, was particularly sharp.

Secretaries Mattis and Tillerson sought to calm troubled waters and convince the president to voice support for NATO and its role in keeping Europe’s peace. In preparation for the recent NATO summit, administration officials sought to pacify the alliance’s European members, who organized among themselves how to best deal with the president. Solution ranged from keeping their comments short and simple, making him think he won political victories, etc. However, the recent summit meeting actually widened the Atlantic gulf. The president behaved boorishly, reiterated his criticism of European free-riding, and refused to repeat the reassuring language penned for him by his aides.

Another target of candidate Trump’s ire was Saudi Arabia, which he blamed for blowing up the World Trade Center and criticized for relying on the United States for its defense. But as president he embraced the Saudi royals more passionately than did President Obama, who was criticized for his half bow when meeting the Saudi king. President Trump did a full policy genuflect. While making his first state visit to Riyadh, he inked another major arms deal and offered even greater support for the kingdom’s murderous war in Yemen.

Also, the president apparently was convinced to act as de facto Saudi lobbyist in backing the Saudi-led jihad against Qatar, which both Saudi Arabia and the United Arab Emirates, long criticized for acting as financial conduits to radical and even terrorist groups, accused of being a conduit to radical groups and terrorist groups. Yet after he tweeted his support for Riyadh, Mattis and Tillerson took steps backing Doha and criticizing the latter’s antagonists. The State Department even proclaimed itself to be “mystified” by Riyadh’s behavior, which had been endorsed by the president.

Of course, administrations often have struggled over contentious issues, with officials split over policy. Moreover, presidents sometimes have overruled their foreign-policy advisers and asserted control over international issues, especially the most contentious ones. The very public spectacle of National Security Adviser Henry Kissinger displacing Secretary of State William Rogers in the Nixon administration was painful to behold. President Barack Obama’s White House held tight control over foreign-policy issues, even with serious personalities like Hillary Clinton and John Kerry serving as secretary of state.

But never before has the United States seen so many clear divisions between the president and his appointees on so many issues. Moreover, never before when divisions were present has the United States seen its president so often losing the policy battle. NATO’s European members remain dependent on America. U.S. policy remains hostile to Russia. The United States is edging ever closer to direct involvement in Syria. Washington, DC continues to protect South Korea and threaten North Korea. The United States continues to defend Saudi Arabia while Washington seeks to moderate the intra-Gulf conflict. America so far has avoided trade wars with China, Germany and South Korea.

As a result, today many countries around the globe are in a state of high anxiety, unsure as to the identity of the real American decisionmaker, as well as his or her view of their relationship with Washington. As a result, the traditional warm, fuzzy feeling accompanying the status of an American defense dependent has disappeared. As the president proved on his European visit, his appointees might be able to convince him to acquiesce to policies which he dislikes, but they can’t make him accept them. And sometimes the inner-Trump breaks free.

U.S. adversaries and potential antagonists are little happier. For instance, expectations of an improved relationship were raised in Moscow, only to be dashed by claims of election manipulation by Russia as well as status quo thinking by Mattis and Tillerson. For a time it appeared the administration was heading toward a quasi-Cold War with China, before the president announced his bromance with President Xi. But now the spark appears to have gone out of the relationship, leading to renewed uncertainty.

The Trump administration has turned foreign policy into an embarrassing spectacle. It wouldn’t matter if Bhutan, Slovenia, Chad, Fiji or Chile behaved that way; no one would much care if such nations so ostentatiously mismanaged their foreign policy. But as the globe’s dominant economic, political and military power, America’s actions can transform, for good or ill, countries and regions. Today, no one knows what to expect or even who is the “decider,” in Bush-speak. That’s not good for the United States, and it’s not good for those affected by Washington’s decisions—which means the rest of the world.