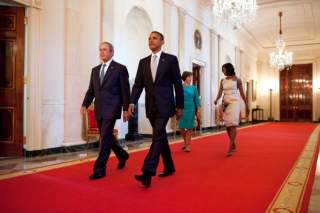 A lot has gone wrong in the Middle East through the years of our last two presidents, not least the rise of ISIS, which requires an aggressive American response. And much of what has gone wrong can be attributed to the Bush decision to invade Iraq, which ranks among the greatest foreign-policy fiascoes in the nation’s history.