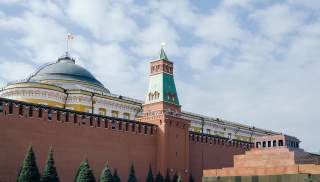 There has been a great deal of interest in my colleague Tom Nichols’ work, “The Death of Expertise,” and particularly his assertions that in the marketplace of public discourse, the value of expert opinion and analysis is being drowned out. I was reminded of Nichols’ propositions when reviewing the media coverage of revelations that a Russian think tank, the Institute of Strategic Studies, had prepared two memoranda outlining Russian interests in the outcome of the 2016 U.S. presidential election and offering strategies for how Moscow might influence the process in a way that would serve Russian national interests.

As the report came out, the expert community was asked to provide its analysis. Two cleavages among America's Russia experts were immediately apparent. The first is determining the relationship of the institute to the Russian government. Was it a de facto analytical center for the Kremlin, with its reports, generally authored by former members of the security services, directly influencing Russian policy? After all, the institute was previously attached to the intelligence service and now exists under the presidential administration, and its director holds his position as an appointment of President Vladimir Putin. Or, as Mark Galeotti, a long-standing observer of Russian political, strategic and intelligence affairs, has pointed out, is the institute largely detached from the policy process—a place where retirees of the Russian intelligence and diplomatic corps go to write reports that may or may not be read by those in power? The second, and much more consequential debate, is whether or not Russia, or any other power for that matter, has the right to try and influence U.S. elections—in this case, as the reports documented, to secure a result that would be more favorable for Moscow—and if so, what are the acceptable bounds of such activity?

Both of these are critical debates. The first matters because it is important to know who in fact has influence on Russian policy and international behavior. Over the past year, however, U.S. popular media has a tendency to describe literally thousands of Russians as “close associates” of Vladimir Putin, especially if any of them had any contact with anyone even remotely connected to the Donald Trump campaign. As a result, it become difficult in such an environment to conduct a dispassionate analysis of who the key advisors are and where the centers of gravity in Russian politics are to be found. When combined with an atmosphere where almost any Russian, from the ambassador in Washington to the country’s chief rabbi, faces allegations of being sinister intelligence agents in disguise and it becomes impossible to determine where and from what quarter the real challenges to U.S. interests will emerge.

The second matters because in a globalized world, it is increasingly difficult to distinguish between “domestic” and “international” media. Thus, a country that puts its media outlets, especially those sponsored by the state, on the job of playing a role in a domestic election campaign by giving platforms to voices that are deemed marginal or fringe, or by releasing information (especially confidential information that has been purloined from nonpublic sources) can have greater influence than in the past. Even if a small number of Americans were to watch Russia Today, read Sputnik press releases or follow the twitter feeds of Russian journalists, stories that appeared in these sources inevitably ended up in American media outlets, following the patterns of the well-known Matt Drudge effect. Drudge would break “controversial” stories and the rest of the media would “cover the coverage.” Thus, information obtained from the Democratic National Committee hacks, reports about Hillary Clinton’s health or other matters could be injected into the media bloodstream.

Yet even with those activities, whether the institute’s memos advised the Kremlin to undertake these actions or whether they were simply piggybacking on a course of action already decided, the 2016 elections should have started a much more robust conversation about the vitality and resilience of American institutions. Very few people have wanted to tackle the unpleasant question of why Soviet attempts to influence U.S. politics had so little success, while a comparatively low-cost Russian influence operation had so much apparent impact on American voters’ perceptions and preferences. But that debate is still largely absent. The narrative that Donald Trump is the “Siberian candidate” seems much too good to let go—even after the Trump administration launched a military strike on Bashar al-Assad, continued with NATO deployments to Eastern Europe (with the president himself now admitting that the transatlantic alliance is far from obsolete), and refused to grant Exxon an exemption from sanctions to drill for oil with Russian state oil company, Rosneft. Far from initiating a change in U.S.-Russian relations, the new administration seems determined to show that it is doing nothing that might be considered as a benefit for Moscow.

The irony is that the institute’s memos were designed to offer advice as to how Russia might succeed in finding a more sympathetic occupant in the Oval Office. The reality, however, of the last several months has shown quite the opposite. Even if Donald Trump remains committed to his personal vision, outlined last year, to try and find a modus vivendi with Moscow, he faces tremendous resistance. The U.S. national security establishment and bipartisan consensus in the Congress will prevent Trump from making a deal with the Kremlin, unless the Russian government completely changes course with regards to its policies in the Middle East, the post-Soviet space and in domestic affairs. Indeed, watching from afar, I can see no circumstances under which most American politicians will accept any improvement in relations with Russia—in the absence of some major catastrophe or crisis which forces the two countries to work together—as long as Vladimir Putin remains in power. One wonders whether any U.S. think tanks are preparing memos for how a transition in Russian politics might occur—and whether they have any audience inside the Trump administration.