Who Really Killed the Gold Standard? 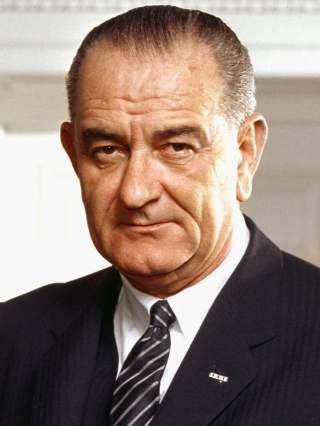 The received truth about the elimination of the gold standard in the United States (and by extension, the U.S. Dollar being the world’s reserve currency, throughout the rest of the world) is that “Nixon did it”. While it is true that President Nixon, on August 15, 1971, suspended the convertibility of the U.S. Dollar into gold in international transactions, thereby ending the Bretton Woods regime and putting the “final nail in the coffin” of the gold standard, Nixon’s action was pre-ordained by what LBJ had done three and a half years earlier.

Immediate reaction at the time of the removal of the “gold cover” in March of 1968 was “negligible”, according to Joseph C. Ramage, the Richmond Federal Reserve official who chronicled the change in the law. (The Gold Cover, page 10.) But Mr. Ramage warned that the 1968 change could lead to a “parallel” with the 1965 change in the law that eliminated the gold reserve requirement for deposits of member banks held at the Fed. Over the three years following that 1965 elimination of the deposit reserve requirement, the U.S. gold reserve ratio dropped from well over 40 percent of Federal Reserve note liability to just over 25 percent. (See graph referenced earlier.)

The precipitous decline in the gold reserve cover ratio between 1965 and 1968 was mainly due to two factors: First, there was an outflow of gold from U.S. gold reserves (in blue in the graph, US Federal Reserve Bank Gold Holdings). The net “earmarked” gold held for foreign accounts (in green in the graph, US Federal Reserve Bank Gold Holdings) did not decline materially. The outflow of gold from U.S. stocks was the result of foreign governments aggressively swapping gold for the dollars that were piling up overseas, as the U.S. balance of trade worsened. Second, there was a rapid increase in Federal Reserve Note liability, as dollars were created at an increasing pace. (See left side of graph, Gold Reserve and Federal Reserve Note Liability.)

The post-1965 increase in Federal Reserve Note liability (i.e., dollars) paralleled the rapid increases in both the U.S. federal budget and the U.S. Federal budget deficit associated with President Johnson’s “guns and butter” policies, otherwise known as the “Great Society” and the Vietnam War. LBJ’s focus on “guns and butter”, and his removal of the gold cover, ushered in a new paradigm in how the U.S. economy would be run. Free market capitalism was “out”; government controlled “creditism” was in … and has ruled us, and the rest of the world, ever since.

The old form of money, i.e., backed by gold reserves, had to be earned. The gold had to be mined and refined, which required labor and capital. To get the gold to back the currency, governments had to tax, which meant seeking permission from the taxpayers (voters) to levy the necessary taxes. And the taxpayers (voters) had to earn dollars by working and investing. At the same time, banks had to maintain substantial deposits with the Federal Reserve against their loan portfolios.

But after LBJ’s changes, politicians quickly realized that they no longer had to increase taxes (unpopular among the voters) in order to increase spending, especially vote-buying spending on their favorite special interest groups. The government could borrow to fund ever increasing deficits, secure in the knowledge that their servants at the Federal Reserve, freed by LBJ from the weight of any necessary gold reserve to back their Federal Reserve notes, would simply create the money out of thin air and buy the debt obligations not absorbed by the credit market (the definition of quantitative easing). Moreover, banks, as a result of substantially reduced reserve requirements, courtesy of the Federal Reserve, could easily create even more money simply by making new loans. For the first time in human history, it appeared that there actually was a “free lunch” (as well as free dinners, free healthcare, free education, free …). Just borrow and roll the debts forward, at successively lower Fed-engineered interest rates, forever (or until some distant generation had to pay the price for “free”).

With money no longer having to be earned, it simply appeared ex nihilo on the computer screens of the Federal Reserve, and lending—to governments, to businesses, to consumers—exploded. Total U.S. credit, which was $1 trillion in 1964 (when the GDP was $3.8 Trillion in chained 2009 dollars), is nearly $60 trillion today (with a GDP of $16.25 Trillion in chained 2009 dollars). Ask yourself why it takes $3.70 in credit today to generate $1 of GDP, but it took only 26¢ in credit to generate $1 of GDP before fiat money.

Significantly, the referenced $60 Trillion of extant credit does not include the over $200 Trillion of unfunded liabilities associated with federal government entitlement programs, according to Professor Laurence Kotlikoff. Of course, neither the $60 Trillion nor the $200 Trillion can ever be repaid. These debts will be liquidated.

The real question to ponder is whether that liquidation will be accomplished “morally”, i.e., by default, with the holders of the debt losing their principal and learning a lesson that will not be forgotten (at least until the extinguishment of presently sentient lives in being), or whether it will be accomplished through a final spasm of money printing and its associated hyperinflation. Either way, LBJ’s monetary legacy of “creditism” will come to an end, because, as Ayn Rand observed, “You can avoid reality, but you cannot avoid the consequences of avoiding reality.”