Who Will Really Set the Next President's Security Agenda? 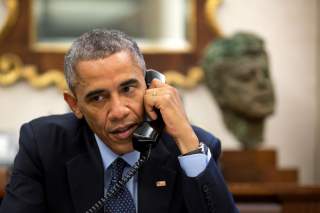 The domestic policing crisis has swept from the news cycle stories about the activities of foreign-policy advisors to the Donald J. Trump campaign, and the possible sanctions that close aides to presumptive Democratic nominee Hillary Clinton may face for their roles in facilitating her unconventional e-mail setup while at the State Department. Yet while the immediate attention of the country remains riveted on the aftermath of events in Baton Rouge, Minneapolis and Dallas, both of these other stories point to ongoing questions about directions in national security that either candidate might take once in office. Who really has the ear and trust of the candidates—not their lists of expert endorsers or the reams of policy papers they produce—is what matters.

There is a long-standing narrative about how national security policy gets made in a presidential administration. Once a party selects a nominee, the overall professional Republican or Democratic “brain trust” comes on board to provide expertise, coexisting with or even displacing the campaign operatives. A candidate gets elected and prominent individuals (business figures or senior politicians) are nominated to the cabinet, while the party’s cadre of experts (especially from the professional congressional staff or alumni of previous administrations) fan out to take control of the senior echelons of the national security bureaucracy. The prevailing assumption that is sold to the voting public is that the president is not only surrounded by “top people,” but that he (or she) has access to the finest advice in the land.

Increasingly, however, this storyline no longer quite rings true. Increasingly, national-security decisionmaking is flowing away from the formal officers charged with overseeing the various parts of the executive branch entrusted with national security matters, and towards a White House circle of advisors and staff. There have been suggestions that when key decisions, for instance, have been made in the Obama administration, the secretaries of state and defense have not been in the room. Sometimes the senior cabinet officials, as well as their departments, have been kept in the dark about initiatives started by the White House and managed by the president’s personal staff. Complaints have been rising ever since the end of the Cold War that presidents and their aides discount the expertise and knowledge of the departments in favor of relying on White House personnel.

This point has been reinforced by the doubling in size of the president’s national security staff based in the extended White House complex every time a new chief executive took office, from the some one hundred personnel that Bill Clinton relied upon in growing the size of the leaner George H. W. Bush staff of fifty, to the two hundred slots bequeathed by George W. Bush to Barack Obama, to the more than four hundred today (even with some recent trimming by National Security Advisor Susan Rice).

Indeed, in teaching national security affairs at the U.S. Naval War College, we have been forced by the realities of how the sausage is made in Washington to break out a new perspective, to augment the older formulations advanced by scholar-practitioners like Graham Allison. Traditionally, we taught our students about the “bureaucratic politics” perspective—that the heads of the major organizations conducting national security policy (the cabinet secretaries and the agency heads) would seek to shape policy in reference to their own organization’s priorities and interests. The model, of course, assumed that the principal advisors to the president would still be those people charged with overseeing the machinery of the U.S. government. The reality today, however, is that secretaries of state and defense no longer automatically have the last work in the president’s ear when it comes to foreign policy. Even at the time Allison was writing, national security advisors—most notably Henry Kissinger in the Nixon administration—were already carving out more control over policy at the expense of the principals. Nevertheless, the situation that prevailed in in the Reagan administration, when two very powerful cabinet secretaries (George Shultz at State and Caspar Weinberger at Defense) were also the two “poles” around which the administration’s foreign policy debates revolved, is today far less likely to occur.

In our classrooms in Newport, we have resurrected the formulation of “palace politics” to explain a growing factor in how U.S. national security decisions are made—that the trusted circle of presidential staff and trusted advisors may have as much or even more influence on policy than those charged by the president and confirmed by the Senate with responsibility to manage the country’s vast number of officials, experts and operatives. Karen de Young’s anonymous subcabinet official’s complaint that a young White House staffer, who may not have a great deal of particular expertise or experience in the matter at hand, can set the agenda and controls access to the chief executive speaks to the importance of the “palace politics” perspective in balancing out the long-held assumptions of the bureaucratic politics model.

What does this foray into academic theory have to do with the present election? For different reasons, both of the presidential candidates will have strong predilections to continue to weight and prioritize the influence of the “palace” over that of the bureaucracy. For Trump, the #NeverTrump movement that has gained hundreds of adherents from the ranks of putative card-carrying Republicans in the Washington foreign-policy establishment forces the candidate both to search elsewhere for expertise and to distrust the “establishment” as uncommitted to his agenda. A President Trump and his close associates could very easily and eagerly fall into the temptation that former national security advisor Brent Scrowcroft warns against: “not to replace departments. . . . That’s always the instinctive thing—well, ‘These guys aren’t doing a good job on something, we’ll just do it ourselves.’” This tendency could be further reinforced if a President Trump finds that a hostile or suspicious Senate is not prepared to confirm his preferred nominees for key positions. If officials are “forced” upon him in this way, why wouldn’t Trump and his team simply continue the trend to downgrade the importance of the cabinet and subcabinet in favor of retaining a larger White House operation?

Hillary Clinton is in a different position, with thousands of Democratic staff and experts (not to mention some Republicans as well) all eager to offer their services in a Clinton administration. Yet Clinton has consistently shown a preference for managing via a small circle of dedicated loyalists who, in turn, act as her gatekeepers and enforcers. The consistent reconstruction of the “Hillaryland” structure—from the White House in the 1990s to her Senate office in the 2000s to Foggy Bottom in the first term of the Obama administration—all strongly suggests that no matter the formal setup of National Security Council and cabinet meetings, the real focal point of decisionmaking will remain that inner circle.

In an election year, it is fun to speculate about possible nominees for secretary of defense, or to rib colleagues who are serving on the myriad number of “advisory groups” about what low-level position in the national security bureaucracy or out-of-the-way embassy they will get if their candidate wins. But the real question to ask is what role either of the candidates expects the formal structures will play in how they formulate national security policy. All of the signs point to the fact that, no matter who enters the Oval Office come January 2017, the “palace”—that circle of trusted personnel around each candidate—is going to carry enormous weight in the deliberations of the new administration, perhaps even to the exclusion of senior officials. Knowing who in the Trump and Clinton entourages will occupy those key (if hidden) slots is going to be vital information.