Who Won the Cold War? 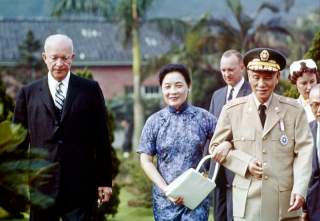 IN 2005, the Yale historian John Lewis Gaddis released his book, The Cold War: A New History. Glowing reviews of the book followed in the New York Times and Foreign Affairs. Among the few dissenters was Tony Judt, a New York University historian who died in 2010. Judt had opposed the Iraq War, when so many other intellectuals—including Gaddis—joined in the delusions that George W. Bush could, should and would democratize the Middle East. By 2005, those fantasies were discredited by events in Mesopotamia (though Gaddis was unchastened, arguing in the American Interest as late as 2008 that the senior goal of American foreign policy should be “ending tyranny”).

In the New York Review of Books, Judt argued that “John Lewis Gaddis has written a history of America’s cold war: as seen from America, as experienced in America, and told in a way most agreeable to many American readers.” However brilliant his works had been during the Cold War, Gaddis became an American triumphalist once the Berlin Wall collapsed. He had comparatively little understanding of the Soviet experience and, most egregiously, didn’t seem to care much about the enormous damage both superpowers inflicted on what was then called the Third World. The result, Judt argued, was that the Cold War was “a story still to be told.”

With Odd Arne Westad’s new book, the story is now told. Westad is the coauthor of several books on the Cold War, as well as coeditor of the three-volume Cambridge History of the Cold War. He also wrote The Global Cold War: Third World Interventions and the Making of Our Times, which won the Bancroft Prize. As its title indicates, The Global Cold War suggested that the Cold War was very much a globe-spanning conflict, migrating into areas far beyond the borders of the two superpowers.

His new book integrates that focus on the developing world with a more traditional emphasis on the great powers. It is aimed at a general rather than a scholarly audience, with far fewer footnotes or archival research than his previous works (more on that later). The Cold War: A World History is told chronologically, but unlike most books on the subject, it begins with the right period.

THE FIRST well-regarded book on the war written from a post–Berlin Wall perspective was Martin Walker’s Cold War, published in 1994. Like so many others to come, it began with the dissension in the Allied ranks in the closing years of World War II. By beginning with an earlier period, Westad advances beyond that approach. He is able to devote some attention to the ideological sources of the struggle, which began with Lenin’s interpretation of communism, prioritizing global revolution and antagonism toward the noncommunist world. “The Cold War was born from the global transformations of the late nineteenth century and was buried as a result of tremendously rapid changes a hundred years later,” he writes. Those changes include decolonization, the ascension of the United States to world power and the gradual decline of scientific socialism, as well as the two world wars. “The Great War jumpstarted the destinies of the two future Cold War Superpowers. It made the United States the global embodiment of capitalism and it made Russia a Soviet Union, a permanent challenge to the capitalist world.” Westad also makes the thought-provoking claim, rather unusual in a book on the Cold War, that

it is therefore quite possible that the Cold War will be reduced in significance by future historians, who from their vantage point will attach more significance to the origins of Asian economic power, or the beginning of space exploration, or the eradication of smallpox.

Westad proceeds from there through all the stops along the way to the breakup of the Soviet Union in 1991. Separate chapters examine India, China, the Middle East and Latin America, as well as summaries of Richard Nixon’s diplomacy and the reigns of Kennedy, Brezhnev and Gorbachev. That he manages to do all this in largely sequential fashion is doubly impressive.

The Cold War evinces a lifetime of research and thought on the subject. Compelling ideas and valuable insights appear frequently, such as: “In spite of their attractiveness on a global scale, neither the Soviet nor the US system was ever fully replicated elsewhere.” Or the explanation for communism’s appeal in Vietnam: “One reason, ironically, was the integration of Vietnamese elites into French culture and education, from whence the post-1914 generation took over the radicalization that was prevalent among French youth, too.” Or: “In Asia as in Europe, US policy in the early Cold War was more oriented toward the expansion of capitalism as such than toward a unique preservation of US national economic advantage or the interests of specific US companies.”

Westad’s assessment is that some sort of conflict between the United States and the Soviet Union was inevitable once the common foe of Nazi Germany was extinguished. “Leaders of the two countries had seen each other as adversaries ever since the Russian Revolution of 1917, and in some cases even before that,” he writes. Illustrative of his measured approach throughout the book, Westad assigns blame for the conflict to both parties, though not so much that he is unable to make moral distinctions. Stalin’s determination to establish control in Eastern Europe, particularly in Poland, contributed greatly to the breakdown of good relations with Britain and the United States. But, he writes, “it was containment that made postwar conflict into a Cold War.” The United States was unwilling to grant the Soviets a traditional sphere of influence, let alone see them as a comparable power deserving of commensurate respect. Seen from 2017, it might seem absurd that so many Europeans, even in England, looked upon the Soviet Union with admiration and gratitude. But, however much Americans like to forget it, it was the Red Army that “tore the guts out of the German military machine,” in Winston Churchill’s colorful phrase.

Westad faults Truman for being unwilling or unable to extend Franklin Roosevelt’s friendly policy toward the USSR. Stalin might have hunkered down and developed foreign-policy paranoia regardless of Truman’s behavior, he concedes. “But the intensity of the conflict, including the paranoia that it later produced on both sides, might have been significantly reduced if more attempts had been made by the stronger power to entice Moscow toward forms of cooperation.” This is somewhat unfair to Truman. The day he was sworn in as president after Roosevelt’s death, Truman said in a statement he intended “to carry on as he believed the President would have done.” There is little reason to doubt his sincerity. In From Roosevelt to Truman, University of Notre Dame professor Wilson Miscamble credibly argued that Truman began his presidency with open-mindedness toward the Soviets but was convinced by events that cooperation was impossible. He wasn’t alone.

ASIA, MEANWHILE, experienced rapid decolonization. Both the United States and the Soviet Union were resolutely opposed to traditional European imperialism, however much they acted as imperialist powers in their own regions. Combined with the destitution of the former colonial powers, this meant that Asian nations were freer to pursue their own destinies. Of course, in Japan and Korea, those destinies were determined by their occupiers, who molded these societies in their own images. It is a sign of Westad’s attentiveness to facts that, without ever succumbing to anything resembling American chauvinism, he can write something as direct as: “The Korean War came from Stalin’s change of mind. If he had not given the go-ahead to Kim, there would have been no war.”

Westad betrays no romanticism toward the Soviet Union or its communist admirers—that might seem like a low bar, but there are still scholars like Bruce Cumings who look fondly on the Marxist regimes—but the book makes the clear-eyed observation,

Only by industrializing fast could a country become socialist and modern. The policy had an obvious appeal: in countries on the European periphery, where there was a profound sense of having fallen behind, and in countries outside of Europe, such as China, Korea, and Vietnam, rapid industrialization seemed indeed to be the way forward.

Westad might have added that the Soviet Communist Party’s untouchable command of power was similarly appealing to political leaders and intellectuals worldwide.

Immediately prior to The Cold War, Westad’s latest book was a study of China’s foreign policy since 1750. His mastery of the subject is evident in a chapter called “China’s Scourge.” It is valuable not only for a discussion of how the Chinese Communist Party managed to win the civil war against the Nationalists, but also for a succinct reminder of why and how swiftly relations dissolved between the CCP and the Soviets. “The Soviet assistance program for China was not only the biggest Moscow ever undertook outside its own borders,” Westad writes. “It was also, in relative terms, the biggest such program undertaken by any country anywhere, including the US Marshall Plan for Europe.” Within a decade following this generosity, they almost fought a nuclear war.