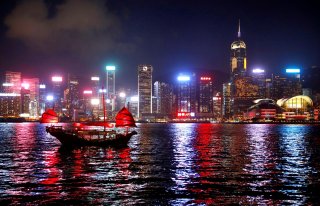 Singapore has ranked among the freest economies in the world since 1995. But it was only this year that the island city of some 5.5 million people gained the top spot in The Heritage Foundation’s Index of Economic Freedom.

Singapore stands alone as the only country rated “economically free” in every Index category. Its sustained march to ever-higher levels of economic freedom has produced one of the world’s highest living standards—a feat few other nations in the developing world have been able to replicate. It is worth noting that forged its free-market path to prosperity at a time when many of the world’s most prominent intellectuals and political leaders were touting many different models.

The foundations of Singapore’s economic resilience and competitiveness include strong protection of property rights and effective enforcement of anti-corruption laws. The efficient government provides good public services with low tax rates. The regulatory environment is flexible and transparent, encouraging vibrant commercial activity. A strong tradition of openness to global trade and investment has long boosted productivity while facilitating the emergence of a more dynamic and competitive financial sector.

Despite its remarkable economic success, Singapore is not without its critics. While the private sector has been the primary source of Singapore’s economic transformation, the government involves itself closely in some areas of its citizens’ economic lives. For example, the Central Provident Fund (a government statutory entity) has long administered public housing, health care, and various other programs. Public debt stands at over 100 percent of GDP.

Freedom House rates Singapore as being only “partly free” politically. In the July 10 general election, the country’s ruling party, in power since 1965, maintained its majority. However, the opposition gained notably. As the Wall Street Journal reported, the People’s Action Party won eighty-three of ninety-three parliamentary seats, allowing it to keep its supermajority for another five-year term, but the main opposition Workers’ Party took ten seats, surpassing its six-seat tally in the last two elections.

As the world economy faces new challenges from expanding Chinese influence, free and open Singapore matters more than ever to the United States. As America’s proven partner in Southeast Asia and beyond, Singapore has consistently punched above its weight in regional and global affairs related to trade and security initiatives.

Though not formal treaty allies, the two long-time partners have pragmatically worked together in a strategic partnership reinforced by “shared values and a common desire for peace and security in the Indo-Pacific region.” The United States and Singapore have also institutionalized extensive trade and investment ties.

The U.S.-Singapore Free Trade Agreement, which went into effect in January 2004, was the first U.S. bilateral trade pact with an Asian country. The United States is by far the largest single-country investor in Singapore, with American companies accounting for over 20 percent of foreign direct investment in the country

Singapore and the United States have a broad and deep partnership that has spanned decades. The relationship has undoubtedly made important contributions to stability and peace in the critical region.

The country's singular role in Southeast Asia may have been best summed up by former British prime minister Margaret Thatcher when she welcomed Singapore’s founding Prime Minister Lee Kuan Yew, a fierce anti-communist and America’s stalwart friend, who was visiting the United Kingdom in 1990.

“Singapore has become a byword for excellence, whether it be in education, in commerce, in high technology, in your city administration and plans for traffic management which others are now copying. . . .  Singapore is more important than ever now in the face of protectionism and the tendency to establish blocs of countries which are more concerned with their internal trading arrangements than with keeping markets open to the whole world.”

Those words are as true now as they were then.

Anthony Kim is the research manager and editor of The Heritage Foundation’s Index of Economic Freedom. Terry Miller is the director of Heritage’s Center for International Trade and Economics.