Why Amazon's Allegations of Wrongdoing are Wrong 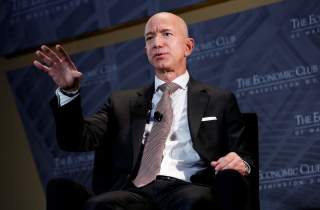 The news that Amazon filed an appeal with the Court of Federal Appeals contesting the Pentagon’s award of the JEDI cloud computing contract to Microsoft came as no surprise. After all, today there is almost no downside, other than the legal fees, to a company appealing such a large decision that does not go in their favor.

Some companies decline to appeal Pentagon contracts that go to a competitor based on a calculation that an appeal might garner ill will from their customers. Since the Pentagon is a relatively minor customer of Amazon, that factor was probably not very important.

What is surprising is the number of media outlets and commentators predicting that a protest will discover that President Donald Trump’s public comments criticizing Amazon and its CEO Jeff Bezos played a role in the contract award.

Amazon Web Services fed such speculation by releasing a news statement that stated there was “unmistakable bias” and “political influence” involved in the decision process. Indeed, Amazon has notified the court that it intends to use videos of Trump criticizing Amazon, including one of candidate Trump filmed in February 2016, as part of its case.

AWS filed their appeal under seal, so we can’t see their exact rationale. But the notion that presidential suggestions or guidance can influence a Pentagon procurement decision betrays a fundamental lack of understanding of how the acquisition processes work within the Department of Defense (DOD).

For Amazon’s scenario to work in practice, it would require us to believe that DOD acquisition decisions are made based on Pentagon officials holding up a finger to judge which way the wind was blowing and making their choices accordingly.

On the contrary, contract source selection panels are conducted in a way that most closely resembles a grand jury in terms of rigor, secrecy and process. Members of the panel are experts in the technology being contracted or in a specific discipline of acquisition.

Political appointees, in my experience, are never part of this process, nor do they have an avenue to intervene. Panel members are sworn to secrecy and can never reveal the details of the award process nor have any outside discussions on the decision. Having sat on one such panel as a two-star general, I was struck by the rigor, secrecy and the sanctity of the process. Even though the panel was in 2010, I still can’t talk about it. Don’t bother to ask me about it.

Gathered in the source selection panel I participated in were experts in their fields, most gray-haired and wrinkled (like me), and by their comments and demeanor, interested solely in making sure that the government made the best choice possible at the least possible cost. I sensed each of the members took their responsibilities very seriously.

The idea that this group was going to be influenced by some external influence, like an old campaign video, is frankly laughable. The group was hand-selected based on their experience, judgment and probity. It would be difficult to understand why the Pentagon, given the substantial interest in the JEDI contract and the high likelihood of a protest, would run this process any less diligently. Indeed, it was probably even more tightly controlled.

That’s why—even though linking Trump to the outcome of this contract award makes for a juicy story—knowing both the process and the type of leaders that would make up such a panel, I am confident that the Court of Federal Claims will find there was no political interference in the award process.

In fact, the suggestion otherwise is frankly insulting to the good public servants at the Pentagon who deserve better.

Thomas Spoehr is the director of the Center for National Defense at The Heritage Foundation (heritage.org).