Why America’s Environmental Record Creates a Challenge for China 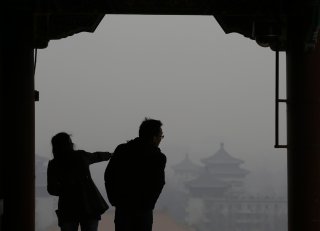 More often than not, the media focuses on the partisan nature of environmental policy, particularly climate change. In truth, however, the United States has achieved numerous environmental successes in recent years—breakthroughs that are now a crucial, and underutilized, advantage in Washington’s strategic competition with the People’s Republic of China (PRC).

During the Trump administration, agencies like the National Oceanic and Atmospheric Administration (NOAA) and the Environmental Protection Agency (EPA) made significant advances in environmental quality, conservation, and non-partisan environmental science. This leadership, embraced by allies and partners around the world, stands in stark contrast to China’s worldwide reputation for environmental degradation and broken promises.

A look at the PRC’s track record explains why. Today, China continues to lead the world in greenhouse gas emissions, primarily caused by energy-produced carbon dioxide. While U.S. energy-related emissions have decreased by more than 15 percent between 2005 and 2019, during that same period, China’s comparable emissions rose by 80 percent to an amount exceeding the United States and the developed world combined.

Similarly, NOAA’s Earth System Research Laboratory has detected a global increase in the ozone-depleting gas CFC-11 and ultimately determined Eastern China as the point of origin, in violation of Beijing’s obligations under the Montreal Protocol. By contrast, the United States leads the world in monitoring ozone-depleting gas emissions and has worked with partners to urge Beijing to keep its international commitments for environmental stewardship.

At the same time, the world’s oceans are under relentless assault from China’s proliferation of plastic marine debris and the destruction of global fishing stocks by Beijing’s marauding fleet of often semi-militarized fishing vessels. The United States, through EPA and NOAA, runs a world-class program and works with other countries to reduce marine debris and limit the presence of plastics in the ocean that threaten tourism, fishing, and public health. The U.S. Coast Guard and NOAA are collaborating with international partners from the Pacific region to Africa to Latin America, who have all seen their food sources and the livelihoods of their citizens diminished by China’s reckless over-fishing.

Even China’s most infamous territorial claim, the construction of artificial features in the South China Sea is damaging the environment. These features have destroyed coral reefs, compromised critical fisheries, affected water quality, polluted nearby land, and killed protected species. By contrast, the United States has been a leader in coral reef restoration through the Coral Reef Conservation Program.

Through these and other international efforts, the United States has consistently strengthened and expanded human knowledge in areas like environmental science, tropical storm and tsunami preparedness and response, ocean acidification monitoring, fisheries science and management, adaptation to sea-level rise, and coastal resilience. These initiatives have fostered additional goodwill between the United States and its allies and partners in the Caribbean, North and South America, the Indo-Pacific region, and the European Union. They stand in stark contrast to Beijing’s record of environmental irresponsibility, public deception as to the extent of its mismanagement, and inability or unwillingness to make real progress on these pressing challenges.

The United States, in other words, has been leading by example in recent years—and is continuing to do so. The Biden administration’s interim National Security Strategic Guidance continues its predecessor’s emphasis on long-term competition with China, and the importance of strong alliances and partnerships to the success of that effort. As China pushes a narrative of U.S. decline in the wake of the unfolding debacle in Afghanistan, it is crucial that Washington seize every opportunity to trumpet U.S. leadership on the global stage and remind the world of China’s failure to behave as a “responsible stakeholder.” And there are few areas of greater contrast between the United States and China than the protection of the planet.

Tim Gallaudet, a retired U.S. Navy Rear Admiral, served as Oceanographer and Navigator of the Navy and as Deputy Administrator of NOAA.

Alexander Gray, a senior fellow at the American Foreign Policy Council, served as Deputy Assistant to the President and Chief of Staff of the White House National Security Council, 2019-21.