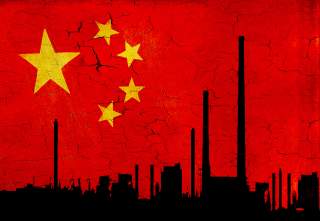 Throughout the 2016 presidential election, Donald Trump blasted China for its protectionist trade policies, currency manipulation and a number of other accusations. Indeed, these accusations were not limited to Trump as China bashing is simply standard fare for anyone seeking elected office and on the campaign trail. Much of Trump’s campaign was, however, met with derision. As the election process unfolded, the derision soon turned to snickers. As the election continued, the snickers turned downright somber while Trump sailed past his Republican opponents Jeb Bush, Ted Cruz, Marco Rubio and others who had been deemed more likely to become the GOP nominee.

Among the intelligentsia, the mood has turned to alarm as now President Trump has set out to do exactly as he promised during his “America First” campaign. To show his sincerity to the campaign promise of bringing jobs back to the United States, he kicked off his first day in the Oval Office by issuing an Executive Order that cancelled American participation in the Trans-Pacific Partnership. The TPP was President Obama’s signature trade deal. It created a free-trade zone with eleven other nations for approximately 40 percent of the world’s economy. Trump also threatened to impose a 45 percent tariff on Chinese goods if China does not “behave” accordingly.

Since Trump’s selection of Iowa governor Terry Branstad as his ambassador to China, the president may be backing away from some of his campaign promises. Still, the fact that Trump was elected based upon the use of these rhetorical devices suggests that there is a profound misunderstanding, if not complete lack of understanding, of the symbiotic relationship between the United States and China. It is also worth noting that, had his opponent Hillary Clinton won the election, she too would have won based upon some of the same anti-China trade rhetoric.

In his book, Anti-intellectualism in American Life (1963), Richard Hofstadter once wrote that after the 1952 election, the intellectual was now “dismissed as an ‘egghead,’ an oddity, [who] would be governed by a party which had little use for or understanding of him, and would be made the scapegoat for everything from the income tax to the attack on Pearl Harbor.” Adding to that of Hofstadter, Arthur Schlesinger had remarked that anti-intellectualism (and anti-rationalism) “has long been the anti-Semitism of the businessman.” It appears that America has set a new low bar, with an electorate that is smug in its ignorance. Yet, it prides itself on knowing who best should guide the myriad U.S. policies—from trade, investment and currency to geopolitical strategy—to achieve the national interest.

Americans always admire those that are decisive and true to their word. But those qualities are only admirable when decisions and actions are based upon a clear and unvarnished understanding of the problem. That either candidate could win an election based on attacking a trade policy that has benefitted so many people on both sides of the Pacific for so long is at best disingenuous, and at worst, exploitation. Voters need to be more informed about the policies and agendas of their candidates and politicians need to stop pandering to a political base that subscribes to a zero-sum, take no prisoners theology. Both need to develop an understanding of the historical context between the two countries.

Philosopher Søren Kierkegaard remarked that “Life can only be understood backwards . . . but it must be lived forwards.” In developing sensible and pragmatic Sino-U.S. policies for the future, likely the most consequential relationship in the twenty-first century, voters and policymakers must have at least an understanding and appreciation of the past.

The generally understood starting point for America’s trade relations with China begins in 1784 when the privateer Empress of China set sail from New York Harbor for Canton (Guangzhou). In fact, trade relations had already begun during the seventeenth century. However, while Chinoiserie did exist in America at that time, direct trade with China was limited by the English Parliament’s Navigation Act of 1651. It was not until after the 1783 Treaty of Paris that the Patriot war financier Robert Morris decided to establish trade between the new Republic of the United States and China “to encourage others in the adventurous pursuit of commerce.” Free from the mercantilist policies of England, Morris sent the Empress of China on its maiden voyage to China. In doing so, a tectonic shift was created for the Republic as it severed its commercial obeisance to the United Kingdom and embarked on a new relationship with the Middle Kingdom.

For the Founding Fathers, commercial intercourse with China gained more than simply teas, silks, porcelains and other chinoiserie brought back by the Empress of China. They sought to integrate many aspects of the Chinese cultural philosophies into American life. In his Pennsylvania Gazette (1737), Benjamin Franklin wrote that the “Chinese are regarded as an ancient and highly civilized nation.” Franklin wanted the United States to be governed by a meritocracy based on learned men with moral virtues, according to “what Confucius proposed to the princes” and “according to this [Confucian] model” for a “happy and flourishing empire” in America.

Then Secretary of the Continental Congress, Charles Thomson, observed that “this country may be improved beyond” what “might have been expected” if we could be “so fortunate as to introduce the industry of the Chinese, their arts of living and improvements in husbandry, as well as their native plants, America might in time become as populous as China, which is allowed to contain more inhabitants than any other country, of the same extent, in the world.”

Thomas Jefferson had also studied Chinese gardening and incorporated a number of architectural designs into his home at Monticello. For the worldly Jefferson, it was natural for him to combine the best of both occidental and oriental cultures to help create a new American civilization.

Americans who deride all things made in China today as low-quality imitations could be forgiven for thinking that this is a uniquely Chinese invention. In fact, this was the brainchild of two American brothers who sought to make an entry into the American middle-class market. Nathaniel and Frederick Carne had specialized in importing luxury goods from France intended for wealthy Americans. However, the emergence of a middle class in the 1830s led the brothers to recognize a possible third tranche of consumers who, while not wealthy, still had some disposable income. In contemporary argot: affordable luxury.

The Carne brothers sent some of their luxury goods from France off to Chinese craftsmen where the goods could be made at a much lower cost. Once products were satisfactorily replicated, they were imported to America in quantities, and the knockoff was born. Nonetheless, acquiring and collecting all things Chinese was a genuine testament to the admiration colonial America had for China or anything Chinese.

But building the new Republic required far more than tea and porcelain. America and China both proved to be instrumental in their support of each other during this period of development in their history. Thousands of Chinese labored—not only under institutional violence but perilous conditions—in building the Transcontinental Railroad from the Atlantic to the Pacific Coast. While slavery had been abolished by 1865, the conditions under which they labored were all but indentured servitude given the existing Jim Crow laws and rampant racism. Without the contribution of Chinese labor, American progress as a nation would have been delayed by years. Indeed, this delay would have been exacerbated had it not been for the large capital investment from Howqua, then the richest and most powerful of the Cohong merchants in China, and who had invested heavily in American railroads.

Similarly, it was with American (and Japanese) funding in 1922 that allowed the construction of railroads that linked Peking with Baotou, a remote region to the west on the northern bend of the Yellow River in China.

Like the largely unknown role the Chinese have played in supporting America’s development, the Chinese partnership in supporting western conflicts has also been largely swept under the rug in favor of a more convenient and homogenous western narrative.

In World War I, thousands of Chinese gave their lives in Flanders Fields on behalf of the allies, thousands more are buried in Liverpool and the Commonwealth war cemeteries. One hundred and forty thousand in all labored on the Western Front digging ditches, working in armaments factories, docks and railroad yards, or worked as interpreters. The Chinese Expeditionary Labor Corps to the World War I historiography was so inconvenient that they have been called “the forgotten of the forgotten” over the European landscape.

At the War’s end, thousands marched in the streets of Beijing on Armistice Day, according to Erez Manela. The signs read “Make the World Safe for Democracy” while chanting “Long Live President Wilson!” With America’s prestige at vertiginous heights, it was an opportunity for America to make China in its image. As the Chinese marched, Wilson’s ambassador to China, Paul Reinsch, wrote a hauntingly prescient letter, according to Manela. In the letter, Reinsch observed that Wilson’s principles had resonated deeply with the Chinese people and they desired to “follow along the path of American action and aspirations.” Therefore, the Chinese were putting their hopes on the United States to overcome the humiliations of the past and gain sovereign equality in the world. But Reinsch warned Wilson that, should their hopes not be realized, the consequences would be costly, stating: “If China should be disappointed in her confidence at the present time, the consequences of such disillusionment on her moral and political development would be disastrous, and we instead of looking across the Pacific towards a Chinese Nation sympathetic to our ideals would be confronted with a vast materialistic military organization under ruthless control.”