Why America Must Maintain Ideological Dominance 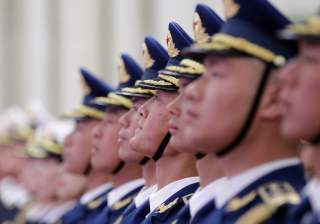 Furthermore, while the interests of its allies are varied, U.S. ideology serves as the cement for alignment against China, particularly for states in Africa, Asia. This is true even in Europe, where economic interest might cause an alliance with China or neutrality in the face of an intensifying Sino-American conflict. The United States cannot fight this struggle alone and the good news is that it need not. The ideology of the United States allows it to maintain relations with Asia-Pacific and European states based on common interests and political principles. But the struggle does require U.S. leadership.

China’s conception of victory is deeply disturbing, disagreeable, and dangerous for stability: the Middle Kingdom returned to dominance, with all other states in a subordinate position. “Why China Fights” is for Han-supremacy. “Why the U.S. Fights” is to preserve a future free and open, and to prevent the hegemony of a great power governed by a nation-based supremacist ideology. The Sino-American conflict will determine whether the security and position of Washington are maintained, and freedom and open societies remain the dominant ideal in international politics. Or whether America will lose, and freedom is supplanted by authoritarianism and Han-supremacism.

Bradley A. Thayer, Ph.D., is coauthor of How China Sees the World: Han-Centrism and the Balance of Power in International Politics.