Why America Must Participate in China's Belt and Road Initiative 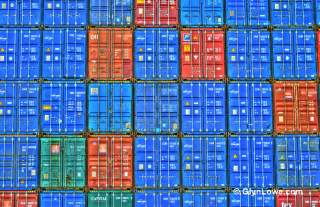 Chinese president Xi Jinping wrapped up the first-ever Belt and Road Forum in Beijing on May 15. Its main purpose was to promote cooperation under the Belt and Road Initiative (BRI)—a Chinese development project of nearly $1 trillion concentrated on the Eurasian continent. China had worked hard to elevate the status of the economic summit, which ultimately drew twenty-nine heads of state and government.

Although participants from over one hundred states were present, among them Russia’s Vladimir Putin and Turkey’s Recep Tayyip Erdoğan, observers did not fail to take note of the absence of top-level officials from developed nations. Japan and major European powers Germany, France and the United Kingdom all refrained from sending a head of state or government. The United States sent only a representative from its National Security Council.

For now, most developed countries seem to regard the BRI either as economically irrelevant or as a geostrategic tool for China to expand its sphere of influence. Both considerations are well founded. But as President Xi’s favorite project gains speed, there are a few reasons to reconsider this wait-and-see approach.

The first concerns risks of ceding power to China to set rules and define norms for global economic flows.

Most countries along the BRI route, including Pakistan, Myanmar and the Central Asian states, suffer from great capital shortages and a lack of market access due to the absence of physical and financial infrastructure. Through loans, investment and aid, China is offering these countries a solution to their problems and, in many ways, entry into global financial markets. The price that these countries pay, however, is becoming heavily indebted to—and dependent on—China, with their economies growing to fit and support the Chinese economic structure. This promises Beijing influence in many regards, but most importantly it grants China the necessary leverage to define rules and norms for future financial transactions and trade.

Being involved at the nascent stage of the Belt and Road Initiative is crucial because this type of rules, norms and structures of organizations and networks tend to persist in their original forms. The founder’s imprint is long lasting, and outsiders seeking to influence developments at a later stage often fail. The sheer size of the BRI makes this worthwhile consideration: The project may become the world’s largest platform for international economic cooperation, serving over 65 percent of the world’s population and covering a quarter of global flows of goods and services.

In sum, China is determined to leave an impressive footprint of norms, rules and values in Eurasia that could eclipse Western equivalents and fundamentally change the normative basis of future transactions and new markets. Whether this will lead to the development of a fair system in which multilateral institutions dominate remains to be seen. But evidence suggests that China will try to shape the initiative to mainly benefit itself—sometimes to the detriment of others. Without Western engagement, there will be little to counteract and bring to light such developments.

The second reason why the West should consider engaging in and shaping the BRI concerns economic interdependence and the risk of conflict in the Pacific Ocean.

China is staging a military buildup and acting more assertively toward its neighbors, particularly in the South China Sea, where Beijing is increasingly enforcing its territorial claims. Taiwan also remains a tense issue, and China has made clear that it will use military force if Taipei decides to push for independence. Over the long term, it is clear that China would like to reclaim Taiwan as well as islands in the East and South China Sea. Nationalist forces are pushing China to take further steps toward this goal.

The main constraint on China’s recuperating these islands is economic vulnerability. China depends greatly on competitors such as the United States, Japan and European countries for economic growth. Sanctions following a decisive Chinese move to reclaim Taiwan or other islands would hurt the Chinese economy in a way that the Communist Party is unwilling to risk. The same is true for maritime trade. China is highly dependent on energy imports crossing the South China Sea, and its economy would not last long in the case of a U.S. naval blockade.

In other words, the main reason that China refrains from acting aggressively in the South China Sea is its dependence on maritime trade and the West for its economic well-being. (Military inferiority also plays a role, but China’s military buildup means that it will eventually be able to challenge the United States in its neighborhood.) This implies that in order to maintain peace in the Pacific Ocean we need to uphold a high level of (inter)dependence, effectively deterring China from seeking military confrontation.

Against this background, the early developments of the Belt and Road Initiative are concerning. There are already indications that China is using the initiative to decouple itself from Western dependence and maritime trade. Among other things, trade routes to China (many of which are questionable from an economic perspective) are being constructed across Eurasia. In a crisis situation, these routes could serve as lifelines if China were to be sanctioned or cut off from trade in the Pacific. The BRI is also establishing a foundation for what could become a more self-sufficient Eurasian industrial base. Similarly, through financial initiatives, such as the establishment of the Asian Infrastructure Investment Bank, China’s economy is becoming less dependent on the Western-dominated financial system.

To counteract these developments, and to ensure that China remains integrated into the global economic system, we should not ignore the Belt and Road Initiative in the hope that it goes away (it won’t). Nor should we further encircle China militarily. Such responses often lead to increased tension and risk of conflict. Our answer should be to take part in the initiative and work hard to shape it.

Failing to engage China on its new infrastructure strategy would give China space to use its economic size and leverage to define the rules of the future economic system in Eurasia and elsewhere. It would also allow China to decouple itself from the global economic system and attain enough economic self-sufficiency to reduce any potential effects of Western sanctions or a naval blockade. If successful, this would grant China the option to take decisive military action in its neighborhood without risking hefty economic decline—thereby increasing the likelihood of it doing so.

Against this background, it becomes imperative that Western governments consider attending events such as last month’s forum. The meeting cemented the general direction of many large projects and might have been the last chance to join the inner circle of participants. It was an important opportunity for observation and could have been a starting point for Western efforts to steer the initiative toward economic development rather than Chinese geopolitical dominance.

At the same time, idly participating in BRI-related events and mechanisms will change little and may even help China legitimize some of its dubious projects. Like-minded governments should therefore join hands and make clear that their support for the BRI will come only in exchange for a high level of transparency and the implementation of fair, collective decisionmaking processes. Chinese strategists may be reluctant to accept, but dominant voices in China often prioritize economic success over geostrategic expansion. If successful, these efforts would ensure that the BRI becomes the peaceful economic project that China portrays it to be, rather than a covert geopolitical tool.

Viking Bohman is a Master of Science degree candidate at the London School of Economics and Peking University. Dr. Christer Ljungwall is an Associate Professor at the Asia Research Centre at the Copenhagen Business School. Dr. Imes Chiu is an Asia researcher with over twenty years of experience.