Why America Needs to Beware of Saudi Wahhabism 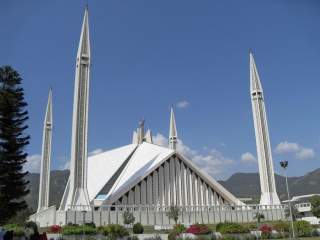 The Obama administration issued a statement welcoming leaders from the Gulf Cooperation Council (GCC) countries—Bahrain, Kuwait, Oman, Qatar, Saudi Arabia, and the United Arab Emirates—to the White House on May 13 and to Camp David on May 14. According to the statement, the gathering will be an opportunity for the leaders to discuss ways to enhance their partnership and deepen security cooperation.

Undoubtedly, this upcoming gathering is essential for improving U.S.-GCC relations, which have been affected by the GCC’s perspective that United States is beating a retreat in the Middle East by pursuing a feeble foreign policy towards both the Syrian crisis and Iran’s regional expansion of power. Central to U.S.-GCC negotiations is the concern about the implications of a potential U.S.-Iranian nuclear agreement for the security of the GCC countries. The GCC countries consider Iran to be the bête noir of the Middle East. This is not for irrelevant reasons, but to blame Iran for all the mayhem resulting in the creation of ISIS and the civil wars in Yemen and Syria is counterproductive, and in Arab metaphoric parlance, a derisive pat on the shoulder of American-Arab relations.

Besides the necessary steps the Obama administration must take to alleviate GCC’s concerns over Iran’s nuclear program and Middle East policy, it is high time for the administration to face up to Saudi Arabia’s embrace of the fundamentalist Wahhabi-Salafi creed, which is at the center not only of the kingdom’s official religious establishment but also of the attitudinal behavior of the Saudi state and some of its citizens. In other words, the Saudi monarchy has made some sort of a Faustian pact with the Wahhabi-Salafi school of Islam whose theological and political ramifications cannot be discounted as principal factors for paving the way for Islamic radicalism. Absent an American grasp of the relational religio-political dynamics in the Kingdom, and absent a cathartic friendly exchange between the two strategic allies, there is little hope that Islamic radicalism in the Greater Middle East might peter out any time soon.

The Saudi-Wahhabi pact goes back to the eighteenth century when Sheikh Muhammad ibn ‘Abd al-Wahhab (1703-1792), the founder of the Wahhabi-Salafi school of Islam traveled to Diriya, the stronghold of the Saudi tribe, and struck a deal with its chief. The pact served the interest of both parties by expanding their respective political and religious influence throughout the regions of Najd and Hijaz.

Basing his ideas on the writings of classical Salafi scholar Ibn Taymiyyah, al-Wahhab rejected shirk (idolatry, polytheism) and bid‘ah (heretical religious innovation), which he believed permeated the holy land of Islam. He believed in the return to the authentic ways of the salaf al-salih (pious ancestors) and advocated tawhid (oneness/unity of God) and transcendence of God. He called for unity and the purification of Islam. His puritanical movement became known as the Muwahhidun. Significantly, he justified leveling the charge of takfir (unbelief) on those he considered engaged in shirk. For example, the failure of Muslims to observe all the pillars of Islam or direct their exclusive worship toward God alone was tantamount to committing kufr (unbelief).

In their campaign to control Najd and Hijaz, the Saudi-Wahhabi movement faced serious setbacks that left indelible impressions on its political outlook. Coming on the heels of destroying holy shrines in what is today Iraq, the movement occupied the holy cities of Mecca and Medina in 1805, thereby disrupting Muslim pilgrimage. In response, Ottoman authorities sent the army of Muhammad Ali of Egypt to crush the movement. The army, aided by tribes and natives, destroyed the Saudi-Wahhabi capital of Diriya and took the Saudi chief to Istanbul where he was executed. Consequently, Wahhabi scholars, including the grandson of al-Wahhab, Sulayman ibn ‘Abdallah, issued fatwas (religious edicts) asserting that those who supported the invading army to be apostates and that the Ottomans were polytheists.

The next important setback took place during the campaign of Saudi chief Abd al-Aziz (also known as Ibn Saud) to conquer Najd and Hijaz (1902-1932). Radical Wahhabis, known as the Ikhwan, fighting on Ibn Saud’s side had begun to oppose him once he started to negotiate with the British. Preempting their budding rebellion, Ibn Saud rallied moderate Wahhabis and a number of tribes and harshly clamped down on the Ikhwan. Before long, he completed his conquest of Najd and Hijaz, and in 1932, he proclaimed himself king of the newly established Saudi kingdom.

Early on in their rule, the Saudis recognized that their assumption of power, unlike that of other tribes in the Gulf, was bloody and that opposition to their rule could emerge under certain circumstances within both Saudi society and the Wahhabi religious establishment. They recognized that their rule has to be based on a tripod of 1) appearing pious Muslims worthy of being the custodians of the Holy mosques, 2) conferring state benefits on Saudis to maintain their loyalty, and 3) supporting the Wahhabi religious establishment as a key source for legitimizing their rule. The Saudis institutionalized the Wahhabi-Salafi school of Islam as the official religious establishment of the Kingdom and strove to support its proponents in return for their political obedience. This division of labor between the two parties was in line with the initial pact whereby the Saudis were in charge of politics and the Wahhabis in charge of propagating (da‘wa) their version of Islam.

This division of labor came under duress during the Cold War when Saudi Arabia led the pro-Western conservative camp and Egypt led the left-leaning nationalist camp in the Arab world. The two countries fought by proxy in Yemen. During that time Saudi Arabia welcomed many members of the Muslim Brotherhood when President of Egypt Gamal Abdel-Nasser clamped down on them for trying to assassinate him. The Saudis assumed that nobody was better suited to taunt and criticize nationalist Nasser than the pious members of the Muslim Brotherhood. As it turned out, their assumption proved deeply flawed and harmful to the security of the royal family. Once in the kingdom, the Brothers joined the burgeoning field of education, in particular the newly established universities. It was there in the universities of the kingdom that a theological cross-fertilization took place blending the political outlook of the Muslim Brotherhood with the dogmatic stance of Wahhabism. The corollary was that a number of Wahhabi-Salafists became politicized and consequently began to air their displeasure with the rule of the Saudi royal family.

Soon enough, this displeasure grew into opposition to the royal family, which manifested itself in the seizure of the Grand Mosque in 1979 by Juhayman al-Utaibi and his followers in the religious establishment. Al-Utaibi anathematized the Saudis as corrupt and illegally rulers of the holy land because they did not belong to the Prophet’s tribe, the Quraysh. With help from Pakistan, Saudi authorities stormed the Grand Mosque and either killed or detained the miscreants. Subsequently, Saudi authorities beheaded al-Utaibi and his followers.

This episode in the history of the Kingdom has had tremendous impact on Saudi domestic and foreign policy. Domestically, the royal family removed all Brothers from their educational positions and supported the apolitical camp within the religious establishment. This camp rallied around two illustrious scholars: Sheikhs Muhammad Aman al-Jami and Rabi’ al-Madkhali, who professed unquestionable loyalty to the Saudi regime. Doctrinally, they endorsed the view of Sheikh Nasir al-Din al-Albani’s (1914-1999) scientific Salafi school, which is also known as the quietest Salafi school.

As a Salafist, the principal tenets of al-Albani’s scientific school are: tawhid, itba’ (following only the Prophet), and tazkiah (purification). He, like classical Salafists, adhered to the broad principle of tawhid. In respect to the tenet of itba’, al-Albani stressed following only the Prophet in affirmation of the Muslim pillar of shahada (testimony): “I testify/bear witness that Muhammad is the messenger of God.” This testimony would not be complete without the belief that Muhammad was a human being, who received a divine revelation: the Qur’an and the Sunnah. And this testimony would be completed by loving the Prophet and emulating the beneficent first three generations in Islam. It follows from this that Al-Albani categorically rejected what he considered reprehensible innovations introduced to Islam by "rationalist" groups; innovations that tarnished the creed of and worship in Islam. In respect to the final tenet of tazkiah, al-Albani considered it as the primary purpose for which the messenger of God was sent. Its objective was “to cleanse and heal the soul,” and “purge it of its abominations,” by abiding by the revelation and creed and ethics of Islam, which achieve justice and benevolence.

For al-Albani, these aforementioned tenets of scientific Salafism could not be properly understood and applied without engaging in da‘wa, the vehicle of societal change. Da‘wa is a priority for al-Albani's scientific Salafist school, for without which neither the upright Muslim nor the Muslim state could be brought about. Correspondingly, al-Albani premised the methodology (manhaj) of change inherent in his da‘wa on the concept of “al-tasfiyah wa al-tarbiyah (purification and education).” He believed that, in order to effect the exemplary Muslim, and by extension the Islamic State, Islam should be purified of everything that is alien and fraudulent. To that end the Sunnah (customs and traditions of Prophet Muhammad) must be purged of all forged and weak hadiths (sayings of the Prophet) so that the revelation can be understood in light of authenticated hadiths. As for tarbiyah, al-Albani believed that only by instilling into the youthful generation the authentic Islamic creed, as outlined in the Qur’an and the Sunnah, could a pure Islamic society be formed as the basis of an Islamic state.