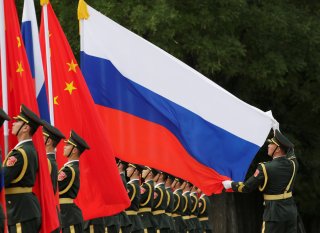 THE UNITED States today faces real geopolitical peril, and neither the Biden team nor the broader U.S. foreign policy establishment acknowledges the gravity of the situation. President-elect Joe Biden and his advisers like to speak not only of renewed American leadership, but also of a restoration of the liberal international order and the American ability to simultaneously act as a revolutionary power and be at peace. In fact, the danger of a nuclear confrontation is growing. This uncomfortable truth is rarely acknowledged, but not for a lack of warning. Rather, a new normal has emerged in American foreign policy debates where the dangerous implications of U.S. policies are downplayed so that the pursuit of American hegemony can continue unquestioned, without any meaningful congressional scrutiny or the kind of genuine political debate that existed during the Cold War. But in world politics, benign intentions do not assure impunity.

At the same time, the United States is confronted by emboldened and embittered adversaries such as China and Russia and handicapped by confused and uncertain alliances—starting with NATO—which seem to exist not so much as tools of U.S. foreign policy but as sacrosanct symbols of Western virtue. Beyond these unnecessary adversaries and uncertain alliances, there is also a growing fragmentation of world politics unparalleled since World War I. That fragmentation renders otiose the popular term “international community.” The United Nations acts far too often as a forum for international debates rather than as an effective regulating mechanism.

This crisis of the international community is paralleled by a crisis of the American expert community, which—in the context of growing political polarization and the decline of the national interest as a guiding principle—has markedly surrendered its former moral and intellectual authority. President John F. Kennedy once famously called upon Americans: “Ask not what your country can do for you; ask what you can do for your country.” Rather than answer this appeal, experts today frequently act as just another self-interested group, rarely prepared to talk truth to power if it comes at any real cost. In his memoirs, Henry Kissinger describes a 1955 meeting between then-President Dwight Eisenhower’s Special Assistant for Foreign Affairs Nelson Rockefeller and a group of academics. Eager to offer their advice on the domestic political benefits of various foreign policy approaches, the scholars were taken aback when Rockefeller rebuked them. “I did not bring you gentlemen down here to tell me how to maneuver in Washington—that is my job,” Rockefeller said. “Your job is to tell me what is right.”

Seeing what passes for expert foreign policy analysis today, I often feel like I’ve been whisked back to Leonid Brezhnev’s Soviet Union, where one had to use obligatory terms and demonstrate devotion to political orthodoxy in order to be taken seriously. Terms like “democracy,” “liberal international order,” “alliances,” “aggression,” and “disinformation” are routinely deployed not as analytical tools that help interpret the world but rather as buzzwords intended to show that whoever is using them is prepared to play by the rules.

This lack of analytical rigor is nowhere more evident than in dialogue on NATO. NATO is routinely depicted as an unassailable cornerstone of U.S. foreign policy. Ironically, the necessity of these foreign alliances was not self-evident to the first U.S. president, George Washington, who in his farewell address warned about the danger of permanent entanglements, particularly in Europe. Alliances, he warned, “facilitat[e] the illusion of an imaginary common interest in cases where no real common interest exists.” Closer to our own time, George F. Kennan presciently warned against NATO expansion, predicting that it would poison U.S.-Russia relations and inevitably place the two countries on a collision course. “Of course there is going to be a bad reaction from Russia,” Kennan told The New York Times in 1998. “[The NATO expanders] will say that ‘we always told you that is how the Russians are’—but this is just wrong.” The fact remains that Russia made a key contribution to the ultimate demise of the Soviet Union and acted carefully in the 1990s—before NATO expansion reached across the former borders of the USSR—not to put itself onto a collision course with the United States. In fact, no Russian military intervention against a neighboring country occurred until the 2008 Russia-Georgia conflict when, in a tit-for-tat process, Georgian forces attacked Russian peacekeepers in South Ossetia.

Proponents of NATO expansion rarely bother to look at the history of Eastern Europe before making snap judgments about the strategic and moral imperative for U.S. involvement in the region, virtually always on the side of Russian neighbors in dispute with Moscow. Consider the Baltic states. They had no history of statehood until sponsored by German-occupying forces in 1917–18. They maintained their independence until 1940, when they were again annexed into the Soviet Union as part of the Molotov-Ribbentrop Pact. Mikhail Gorbachev abjured using force when the Baltic states began to demand independence as the Soviet Union disintegrated in the late 1980s. Boris Yeltsin rejected military operations even more than Gorbachev. The new Russia quickly recognized the Baltic states as independent nations, without any demand for territorial concessions. No evidence exists, therefore, of any Russian aggression against the Baltic states that would justify their later entry into NATO—an expansion that virtually brought the alliance into the suburbs of Saint Petersburg. To make NATO expansion possible, moreover, Latvia and Estonia disenfranchised their own citizens of Russian origin. How these two states were able to meet NATO’s democratic requirements has never been adequately explained, nor seriously discussed. The introduction of a new military infrastructure in the Baltic states has only triggered an increase in Russian military activity, and it has become increasingly difficult to figure out who provoked whom first. Nobody wants a nuclear war, but if the Baltic states view NATO’s Article 5 as providing them impunity against Russian retaliation for their efforts to turn NATO and the EU against Russia, they may be playing with fire. That potentially nuclear fire can easily spread to Europe, and even to the United States.

On top of the illusory security provided by alliances, there is also a widespread misconception about the challenges that come from supposed U.S. adversaries, especially China and Russia. Both countries are, at this juncture, clearly adversaries—if for no other reason because the United States has determined that they are hostile powers and must be treated as such. Neither Beijing nor Moscow are in a mood to surrender, and each in its own way has taken actions that adversely affect American security. Whether this state of relations is inevitable (and in the American interest) is another matter entirely.

China has indeed presented an unparalleled challenge to American global hegemony, having already surpassed the United States in terms of purchasing power, raising its military expenditure much faster than the United States, mastering new sophisticated technologies, and establishing political and economic relations across the globe. But these developments raise two crucial questions. First: to what extent is an unquestionable global hegemony—which the United States has enjoyed since its victory in the Cold War—feasible in this new era and essential for U.S. security? And second: what is the exact nature of Chinese ambitions, and do these ambitions require China to strive to replace America as a world leader?

Bumper sticker clichés such as the “Chinese Communist Party,” the “genocide” against the Uighurs in Xinjiang, and the blame for the “Chinese virus” all carry some element of truth, but they are also misleading. The CCP has indeed turned China into an authoritarian state, but China also has a market economy that allows considerable intellectual and personal freedoms. More importantly, China is not an ideologically militant state that seeks to impose its doctrines abroad. The recent protests in Hong Kong, to cite one example, reflect not only Chinese authoritarian control, but also Hong Kong’s complex history with Beijing, to whom the United Kingdom provided the authority to run Hong Kong under certain limits. This combination of special circumstances makes the Chinese treatment of Hong Kong certainly regrettable, but more damaging to Hong Kong’s financial markets than to U.S. national interests. As far as Chinese military activities in the South China Sea are concerned, the United States is right to oppose them, but it must also be realistic. America did not ratify the Law of the Sea Convention—which provides the legal basis for challenging China’s conduct in that area—and most of the affected neighboring states, moreover, have already eased their tensions with China.

The Chinese challenge is momentous, but it is also complex and must be understood with analytical seriousness and without dangerous over-simplification. It certainly requires maintaining and enhancing U.S. military capabilities in the Asia-Pacific region and protecting American manufacturing and know-how. But lurching into a new cold, or even hot, war with Beijing is inimical to American national interests.

The Russia challenge is in a different category. As far as its economy is concerned, Russia is not in the same league as America. Vladimir Putin is reluctant, however, to surrender to the notion that the United States, together with its allies, is entitled to more or less govern the world, including the Russian periphery. He is particularly hesitant to create the impression that he will bend to American pressure. But Moscow is not looking for a permanent confrontation with the United States and NATO either. On the contrary, it has made clear that even if it is subjected to periodic sanctions and condemnation, it remains open to cooperation in many areas, ranging from arms control and climate change to conflict resolution. In the absence of Russian military aggression against NATO or meaningful Russian interference in the U.S. political process, the appointment of Russia as the main enemy could do unjustified harm to American interests. Such exaggerated depictions not only prevent the United States from focusing on other priorities—foremost, China—but also tend needlessly toward nuclear brinkmanship with an economically weak but militarily powerful nation.