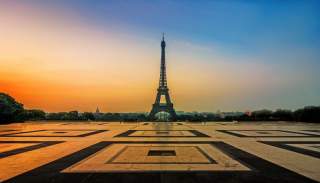 On Wednesday, the U.S. Senate voted to give the Obama administration “fast-track” trade promotion authority. This gives the president the power to negotiate the Trans-Pacific Partnership (TPP) and other potential trade deals that could stretch well into the next administration.

There are still hurdles, including president Barack Obama’s threat to veto the trade promotion authority bill unless the U.S. House passes auxiliary “trade adjustment assistance” legislation to boost workers whose jobs are endangered by or lost to international trade. Those all seem surmountable, however, and the successful conclusion of the Obama administration’s fight for fast-track authority salvages its trade policy, which was in real jeopardy just a week ago. Most importantly for the Obama administration, the fact that TPP has become centerpiece of its “Pivot to Asia” made the fight paramount to its foreign policy as well.

Nevertheless, the TPP fight reflects a glaring strategic error for the Obama administration that split the Democratic Party just months before party members choose its nominee for the 2016 election. By letting the TPP shape almost the entire debate over “fast-track,” the smarter strategic bet all along would have been to highlight trade promotion authority for the TPP after (or at least adjacent to) the Transatlantic Trade and Investment Partnership (TTIP), which aims to be the first major bilateral free-trade deal between the United States and the European Union. Though it may be a victory that the Obama administration has rescued TPP from the jaws of defeat, failure to win “fast-track” negotiation for TPP could have permanently derailed TTIP as well. As it stands, the difficult fights over TPP will reduce the political capital and goodwill in both the United States and Europe to accomplish what’s arguably an even more consequential trade agreement than the TPP. Opponents still smoldering over the fast-track defeat will now be sure to redouble their efforts to stop TTIP, notwithstanding even more tangible benefits from the trans-Atlantic deal.

If that were to happen, it would be a disastrous result for the Obama trade agenda. Its near-fatal setback on TPP (via the current debate on “fast-track”) has already put TTIP at risk, with TTIP’s most resilient European supporters, including German chancellor Angela Merkel, British prime minister David Cameron and the Swedish European commissioner for trade Cecilia Malmström, having doubts. Winning support first for the low-hanging fruit of TTIP would have established at least some trust to pursue a later TPP victory. Though the Obama administration might have been forced to share the credit with Hillary Clinton, Jeb Bush, Marco Rubio or Scott Walker, no likely successor would be expected to abandon U.S. interests in the Pacific Rim.

TTIP would have been an easier sell than TPP for at least three reasons.

First, from the U.S. perspective, TTIP might easily launch a regulatory “race to the top,” not a “race to the bottom.” Unlike most major bilateral and multilateral trade deals of the past two decades, TTIP would bring U.S. standards in international trade arguably higher on many issues. Given that the European Union’s laws and regulations on matters like consumer protection, environmental safeguards and labor standards are often slightly higher than those in the United States, TTIP could have been a unicorn among U.S. trade agreements—one that labor unions and leftists might have embraced as a means of raising the bar for the United States. When Vermont senator and Democratic presidential candidate Bernie Sanders argues that U.S. policy should look more like Scandinavia’s, TTIP is precisely the kind of tool that could make that happen. Instead of working with labor unions to use TTIP as an opportunity to strengthen workers’ rights, however, the Obama administration has been met with news reports detailing hidden jungle graves of smuggled migrant workers. Even where U.S. regulatory standards are now higher than in the European Union, such as in the financial services industry, U.S. negotiators have held the line, despite appetite for liberalization from financial service firms in both the United States and Europe.

Second, as former US treasury secretary Lawrence Summers wrote in an op-ed last week, the composition of a trade bloc should make strategic sense—either geographically (like NAFTA) or politically (like the U.S.-Colombia FTA). There’s no closer strategic trade partner for the United States than Europe, which already works closely with the United States through NATO and other strategic partnerships. Though David Brooks argued last week in the New York Times that TPP would provide a 0.4 percent boost in U.S. incomes, a 2013 report from the Bertelsmann Foundation shows that TTIP would, at a minimum, result in a 0.8 percent boost in U.S. incomes or, under a deeper liberalization scenario, up to 13.4 percent.

Culturally and economically, TTIP makes intuitive sense. Though TPP’s backers argue that it’s vital to stemming China’s authoritarian, state capitalist approach throughout the region, U.S. allies were initially hesitant about TPP (like Japan) or haven’t even joined the negotiations (South Korea, Taiwan and the Philippines). None are likely to cozy up to China anytime soon, for reasons that have to do with their historical relationships with China as much with the United States. Moreover, it’s TTIP that arguably represents the more audacious trade play against China, because it could  establish joint US-European standards across a super-market that no exporter or producer, anywhere in the world, could afford to ignore. TTIP, in short, would cement Western standards, not Chinese ones, as the global default.

As it stands, TPP is a Frankenstein of different motivations, some more noble than others. It is at once 1) a chance for the United States to harmonize trade with developed economies like Australia and Singapore, (2) an impetus to push Japanese prime minister Shinzo Abe to liberalize his country’s highly protectionist agricultural sector, (3) a political project to strengthen market reforms and reduce poverty in Vietnam (and Malaysia) and (4) a geopolitical strategy to stem Chinese influence. Singapore’s foreign minister K. Shanmugam argued in Washington last week that TPP represents a “very stark” choice for the United States: “Do you want to be part of the region, or do you want to be out of the region?” But that ignores the fact that the United States has been part of the region for decades, and that strategic alliances from Korea to Australia and from Japan to the Philippines would disappear without TPP. They won’t.

Finally, as critics of TPP argue, most trade deals today are measured in marginal improvements because high tariffs are no longer generally imposed in international trade, thanks to decades of negotiations through what is today the World Trade Organization (WTO). That the WTO’s Doha round, launched in 2001, remains at an impasse, is a testament to the success of the WTO (and GATT before it). It means that bilateral and multilateral trade deals today focus on non-tariff restrictions on trade and the convergence of regulatory standards, and there’s still plenty of work to be done in that regard.

A more liberal trade regime between United States and the European Union makes a lot of sense—if, in fact, negotiators are permitted to break down those non-tariff barriers. Why protect Wisconsin and Vermont cheesemakers by banning their French counterparts? Why shouldn’t Air France be able to compete with American Airlines for domestic U.S. air travel routes? Why not be able to choose Vodafone instead of Sprint for mobile phone service—or Liberty Global instead of Comcast as an Internet provider? Why not facilitate the services of European engineering firms that have designed the fast-speed trains that put Amtrak to shame?

There’s no guarantee that TTIP will ultimately provide such deep changes to U.S.-European trade in the face of opposition from vested interests on both sides of the Atlantic. But because the United States and the European Union have so much in common, it’s much easier to imagine the gains from a robust TTIP. Some European countries, it’s true, would benefit more than others, but TTIP could scramble the trade imbalance between Germany and the rest of the European Union that was at the heart of the 2009-10 eurozone crisis. TTIP might also bolster European Union unity if the trade deal becomes one of the many sweeteners that prevents British voters from leaving the European Union in a planned 2017 referendum. Gains from deeper trade might also boost economic growth in countries like Greece, Italy and Spain.

TPP and TTIP opponents alike would have still deployed generic arguments about dispute resolution, though it’s already in effect at the WTO level, in NAFTA tribunals and in myriad bilateral FTAs without chipping away nation-state sovereignty. They would have also bemoaned the fact that TTIP, like any other treaty, is negotiated in secret. In truth, a more public venue might result in even more distortions from the free-trade paradigm; in any event, many of the provisions are similar from one trade deal to the next. It’s no big mystery—you either get the provision protecting investors from expropriation or you don’t. Critics who oppose U.S. attempts to lengthen patent protections or shelter agricultural interests are correct that the tools of free trade have often been used to protectionist ends. But that’s the kind of thoughtful cost-benefit debate that’s been obscured by hysterics over secrecy, investor-state dispute settlement (ISDS) or the Chinese threat. Of course, international trade produces widely dispersed gains at the expense of deep losses to certain industries or types of workers. That, in itself, isn’t an argument against free trade, though—it’s an argument for stronger domestic safeguards like those set forth through Trade Adjustment Assistance (TAA).