Why America Should Put India First 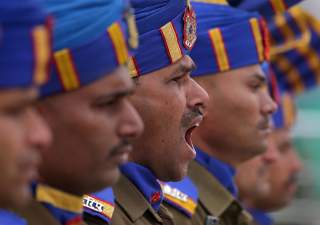 A new kind of relationship is evolving between the United States and Asia. In the past, on account of the Cold War politics, the United States was more concerned with the containment of Soviet Union in an unpredictable Asia. It was inevitable that, in a relationship based on common perceptions of threat rather than the concurrence of political ideas, discords should mount once those threat perceptions ceased to exist. With the passing of the age of Cold War, a new dynamic has impacted the relationship between the United States and Asia. In this phase of changing relationships, Americans are exploring the similarities that unite them with some Asian countries and the differences that divide them from the others. This has given rise to several positive alliances on the continent, which are showing a higher degree of stability and prudence—unlike their Cold War counterparts. This transformation can be best understood in the context of South Asia.

For roughly sixty years, the United States has acted as an offshore balancer to India, a country that has more in common with the United States than any other Asian nation. From the American perspective, the idea of nurturing Pakistan (an Indian adversary) was twofold. First, it would plausibly complete a geopolitical siege of USSR. Second, it would remind India of what it was losing due to its “nonalignment.” Eventually, the excessive militarization of Pakistan—and more significantly, its politics—was to have adverse consequences for the region. For example, to overcome the conventional superiority of Indian military strength, Pakistan decided to pursue a nuclear program that was exclusively Indo-centric. Even though the United States responded with the “Pressler Amendment,” which was designed to discourage Pakistan from going nuclear, there was a certain degree of complicity in pressurizing Pakistan due to its then importance in Soviet-Afghan War. When Pakistan finally acquired nuclear capability, nuclear deterrence would allow Pakistan to realize its goal of “parity” with its larger eastern neighbor, a desire which has now been deeply embedded in its body politik and continues to destabilize the region.

The 1990s were the age of transformation for America’s policy towards South Asia. Besides the overarching phenomena of the disintegration of Soviet Union, several factors like India’s liberalization of its economy and its desire to improve relations with the United States, Pakistan’s development of nuclear weapons in contravention of U.S. laws that necessitated the withdrawal of aid, all weighed heavily in American policymaking. Ultimately India emerged as a winner and Pakistan a loser in this new dispensation. The War on Terror again put the United States and Pakistan on the same page, but this time the Americans were in no mood to make any gesture to Pakistan that would irritate India. The general consensus in Washington was that the short-term relationship with Pakistan should not undermine the larger objective of achieving a strategic partnership with India.

From the American view, unlike Pakistan, India is a natural partner and not just a client state. Epithets like “global commons,” “natural allies” and “destined partners” have been attributed to this brewing relationship. In fact, former U.S. President Barack Obama described the U.S.-India relationship as “one of the defining partnerships of the 21st century.” Cutting through the nomenclatural rhetoric, a strong U.S.-India relationship is indeed essential for both the countries. Think of all the commonalities. Shared democratic values, energy security, Islamic radicalism, the future of Afghanistan, and the geopolitical architecture of Indo-Pacific region—they all point to the growing convergences of strategic interests between the two countries.

Why Do United States and India Need Each Other?

In 2018, United States renamed its strategically important Pacific Command (PACOM) as the U.S. Indo-Pacific Command. The move highlights American keenness to count India as a key partner in its strategic vision for the region and the continent. In particular, the urgency to cultivate a strategic engagement with India has been driven by the aggressive rise of China on the continent. At a higher level, the United States sees China as a “revisionist” power which seeks to develop an alternative to the West-led liberal order. However in the immediate context, the fear has arisen since China has abnormally expanded its military and economic footprint in the region much to the apprehensions of its smaller neighbors. This was visible when China claimed sovereign rights over the strategically important and resource rich South China Sea. Rejecting the award of the Permanent Court of Arbitration, China claims ownership to 90 percent of South China Sea and has increased its military presence in the disputed waters. Similarly, Chinese investments under its Belt and Road Initiative project have caused internal economic upheavals in several recipient countries like Sri Lanka and Pakistan, which are suffering from “debt traps” and loss of sovereign rights over their own territory. Such an assertive China poses a threat to the American credentials in the region. Already, America’s standing in the Asia-Pacific region has suffered. Does the United States remain aloof from the Chinese encroachments? If so, then its image of a net-security provider would effectively erode globally. Considering the United States’ geographical handicap, it is India alone which can play the role of a counterweight to China. Unlike China, India is a democratic, liberal and perceived by the United States as an evolving mirror image of it. The United States seeks to project India as an alternative to China in Asia. India is to the United States what Great Britain was to it during the Cold War.

Perhaps the strongest testimony supporting India’s importance to the United States is its policy of “exceptionalism” to India. As an exception to its traditional policy of engagement with partners, the United States to a large degree, has relaxed norms and policy postures for India which it generally demands from American allies. During the Cold War, India did not align itself with either of the blocs and decided to pursue an independent foreign policy. Over the years, this has given rise to a culture of “strategic autonomy” in New Delhi where foreign-policy measures are taken independent of outside influences. For example, when U.S. Permanent Representative to United Nations Nikki Haley urged India to reconsider its ties with Iran following new sanctions on Iran, India’s response was to openly abide by UN imposed sanctions and not those imposed by individual countries.

However, the United States seems sensitive to this Indian desire to formulate its foreign policy without external influences. Washington understands that the way it perceives threats from countries like Iran and Russia might not align with India’s own perceptions. In fact, it seems to build a relationship with India outside the ambit of these otherwise conflicting variables thus reflecting the positive nature of the partnership. In fact, India became only the third Asian country after Japan and South Korea to get the Strategic Trade Authorization-1 (STA-1) status by the United States. Traditionally, the United States has placed only those countries in the STA-1 list who are members of the four export control regimes: the Missile Technology Control Regime (MTCR), Wassenaar Arrangement, Australia Group and the Nuclear Suppliers Group (NSG) regime. However, India was bestowed with this status even though it is not a part of NSG. Similarly, the U.S. Congress recently passed a defense spending bill that seeks to amend an existing law to provide waivers to America’s strategic partners like India from punitive sanctions against those doing business with Russia’s defense industry. The CAATSA waiver is intended at preventing sanctions on countries like India for purchase of defense equipment from American adversaries. It has been alleged that the amendment was motivated specifically to insulate India from any punitive sanctions. This comes after India remained adamant to go ahead with its purchase of S-400 Triumph Air Defense System from Russia. Earlier in 2008, the United States lobbied to get a unique “waiver” from the NSG to exempt India from its rules governing civilian nuclear trade and has since pushed for India’s membership in the group itself. These actions point to various Confidence Building Measures (CBM’s) on part of the United States to allay any apprehensions of it usurping India’s “strategic autonomy.”

From the Indian perspective, a gradual alignment towards United States would work in its favor both economically and politically. One of the centerpieces of Indian foreign-policy post liberalization has been its emphasis on economic diplomacy. It aims at accelerating domestic growth by boosting foreign investment. India has both an enormous demographic potential and diverse avenues for investment. However, owing to nature of its economy, which directly leapfrogged from agriculture to the services sector, India requires foreign capital and expertise to develop its yet untapped manufacturing sector. Recent campaigns like “Make in India” point to the efforts of the Indian government directed at wooing foreign investment. With its abundant capital and technological expertise, this outreach can best be reciprocated by the United States. The two economies have the potential to work as complimentary in a sense that India’s growing middle class also offers a powerful business constituency for American companies as markets elsewhere start to dry up.