Why America (and the World) Still Fears Russia's Lethal Battlecruisers 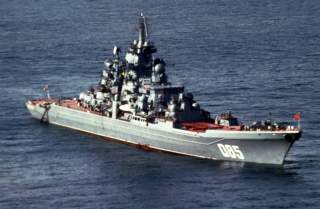