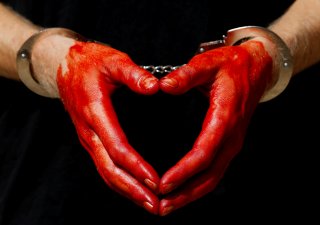 Foreign policy scholars debate the concept of American exceptionalism, but with more than 20 percent of the world’s prisoners and only five percent of the world’s population, the United States has long been without doubt the exception on criminal justice. Being so out of step with other developed democracies has undermined our standing and moral leadership in the world.

Beyond eroding U.S. credibility as a beacon of human rights, diminishing confidence in America’s justice system, stemming in part from persistent racial disparities, threatens the unity that undergirds our fiscal strength as well. Racial tensions drain U.S. economic vitality, and, considering that 43 percent of military members are racial or ethnic minorities, the dangers of white supremacy and the efforts to delegitimize our democracy and justice system are far from merely theoretical.

On the surface, national security and criminal justice policy may seem to be otherwise unrelated, but in fact, some of the major foreign policy lessons Americans have learned apply in great measure to justice reform. Both require that policymakers are clear-eyed about the limits of government intervention, recognize the value of peace through strength and leverage the vitality and web of relationships that only a robust private sector and civil society can sustain.

Looking first at how these concepts apply in foreign policy, humility as to the efficacy of government force is well justified and increasingly dominant in public opinion. Indeed, broad consensus that the war in Iraq was a mistake and helped cleared a path for ISIS has helped reshape both the Republican and Democratic parties. While officials at the time suggested that regime change could usher in democracy and human rights at the point of a gun, reality proved otherwise.

A humble realism when it comes to what government force can accomplish, and, in particular, skepticism toward the notion that more force is more effective than less force, is consistent with the motto “peace through strength.” Coined by Bernard Baruch, who advised President Franklin Roosevelt during World War II, this phrase reflects an aversion to using force.

It remains salient because, though military firepower is just one source of strength, the reality is that weakness can be provocative. Just as the U.S. troops overseas deterred Soviet designs on Eastern Europe, on Inauguration Day only weeks after an insurrection America may have witnessed the deterrent effect of twenty-five thousand troops deployed to the U.S. Capitol. Of course, deterrence is not without its limits as seen with suicidal terrorists, who by definition are not rational actors.

Finally, a sound foreign policy depends on the vibrancy of the private sector and civil society, creating economic might, a beacon of freedom, and a global interconnectedness that reduces the risk of conflict. The Cold War ended not just because of the military might of the United States and its NATO allies, but also due to the dynamism of free-market economies and the attractiveness of Western culture. Without prosperity, a country like North Korea struggles to feed its military. Those living behind the Iron Curtain even sought out Hollywood movies and Beatles records.

These three tenets—humility, peace through strength and leveraging the private sector and civil society—are equally indispensable to criminal justice reform.

Just as society must recognize the limits of military power to change civilizations that are centuries old, we must also confront limits to the efficacy of government-imposed punishment to change individuals. The late criminologist Mark Kleiman captured this truth in his book When Brute Force Fails. While penitentiaries in the United States originally stemmed from a Puritan inclination to “fix people,” prisons are often the worst environments to deliver treatment programs. Reasons for this include separation from supportive family and employment, negative peer influences, depressing and even unhealthy conditions and frequent lockdowns that disrupt programming. Additionally, research shows that longer prison terms do not reduce recidivism.

Our overconfidence in punishment rests in part upon an incorrect presumption that criminal activity is entirely rational, even though research tells us that crime is often impulsive. Indeed, the average street-corner drug dealer makes less than minimum wage and takes significantly more risk than legal employment. But many young people don’t perform the cost-benefit calculations and find a sense of belonging in gangs that they may not have found in their families or schools. The efficacy of consequences in deterring crime is also undermined by the high percentage of defendants who suffer from mental illness and traumatic brain injuries, which impair judgment. In fact, suicide rates are nearly five times higher in U.S. jails than in the general population.

Furthermore, while going to jail is disastrous for the average American who has a stable job, home, and family, some people are in such desperate circumstances that they commit crimes because they want the shelter and meals that come with incarceration.  In 2016, the majority of people in Oklahoma prisons eligible for parole opted against being considered for release.

Still, just as the peace through strength doctrine leverages our military firepower to deter aggression, there is a role for the proverbial hammer in the justice system. As with national security policy, those who are rational actors can potentially be deterred by the prospect of force, whether through police presence or punishment. Research suggests, however, that increasing the perceived chance of being caught is a much more effective crime-control tool than increasing the severity of the penalty. Moreover, the incapacitation effect of incarceration must be measured against the degree to which the conditions behind bars, isolation from society and challenges of reentry can increase the proclivity to offend.

Still, there is substantial evidence that a strategic police presence on city streets in certain hotspots can deter some types of crime, such as auto thefts, without simply displacing it to other areas. There is also the “carrot and stick” approach to community supervision where research has shown it is the swiftness and sureness of the sanction, not its duration, that affects behavior, along with positive incentives. Additionally, long probation terms do not lead to more public safety, but instead cause larger caseloads, meaning that those in their first year or two on supervision who can benefit from significant attention are less likely to get it.

Likewise, while peace through strength in the criminal justice environment depends on police on the streets, it also requires the resilience of institutions that prevent crime. Strong families, religious institutions and schools reduce the risk that young people will become entangled in delinquency. Treatment for Americans struggling with mental illness and substance use disorders is often too difficult to access without entering the justice system. As the Council on Criminal Justice’s report Experience to Action: Reshaping Criminal Justice After COVID-19 notes, “More than 40 states have reported increases in opioid-related fatalities since the onset of the pandemic.”

The “defund the police” slogan was intended by all but the most radical advocates to communicate that other types of interventions, such as using clinicians to respond to some mental health calls, could contribute as much or more to safety as a police-led response. Another innovation, READI Chicago, is a non-profit program that promotes peace in the most dangerous parts of Chicago by targeting men who are most likely to commit or be victims of violence. It provides them with subsidized transitional jobs along with cognitive behavioral therapy and services such as case management, skill-building and peer mentoring by credible messengers. Additionally, when it comes to incarcerated people who are reentering society, non-profit initiatives like the Prison Entrepreneurship Program that similarly tap into the power of relationships can reduce recidivism through efforts that go beyond reliance solely upon government-operated programming.

Coming to terms with the limits of brute force, the value of peace through strength and the central role of the private sector and civil society can prove challenging, in different ways, for both the Right and Left. In general, neoconservatives have supported regime change abroad and more incarceration at home. Meanwhile, some on the left were reluctant to acknowledge the deterrent effect of our Cold War military power and, in the criminal justice context, often place too much faith in government programs to rehabilitate people, without enough emphasis on the role of relationships fostered by families, religious congregations and non-profit organizations. Just as America will always need military and police forces, strengthening the other parts of the country’s arsenal for promoting peace and justice at home and abroad can reduce its need to use them.

In both national security and criminal justice policy, the nation is well-served when Americans check their ideological predispositions long enough to consider what history and research teaches them about these concepts as they build both a better justice system and a stronger nation.

Marc Levin, Esq. is Chief Policy Counsel at the Council on Criminal Justice. He can be reached at [email protected] and on Twittter at @marcalevin.