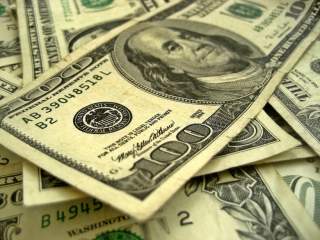 In Schrodinger’s famous thought experiment, a cat is placed in a sealed box with a mechanism rigged to possibly release cyanide in an hour, depending on the rate of atomic decay. It is a quirk of quantum mechanics that, until the contents of the box are observed, the cat can be considered to be both alive and dead—simultaneously.

The thought experiment is well suited to pondering the U.S. federal government’s current debt situation. Currently, there is an unprecedented amount of debt in the proverbial “box,” and the outcome is difficult to observe until after the fact.

And this is part of the problem. Much like Schrodinger’s cyanide, the level of U.S. debt could be safely contained or mortally high, it depends on when, if, and by how much interest rates rise in the future. We neither know the timing or the extent interest rates will rise in the future—not to mention the level of debt that will need to be refinanced. This means that the debt situation is in a sort of limbo. We simply do not know when, or if, it will explode.

There are certainly reasons to be concerned. The absolute amount of debt amassed by the federal government is at an unprecedented $18.1 trillion with $13 trillion held by the public. These are astounding amounts, but the level of debt is not the end of the story, as the level of debt does not determine the amount of interest expense tied to the accumulated debt.

Debt to GDP is an often cited metric. It is catchy, simple to use and calculate, and sounds ominous. (A 100 percent debt-to-GDP really means that if all of GDP were used to repay debt, it would take one year to do it.) But it is a deficient measure. GDP itself cannot be used to repay the national debt, and then there is the question of real or nominal GDP use. GDP is a measure of consumption, but also contains government spending, inventories, and transfer payments—none of which should be counted in a metric that is attempting to convey information about a country’s indebtedness or ability to repay.

A far more relevant figure would be the amount of revenue the government is receiving—its tax receipts. GDP does not provide an indication of future government revenues, or even potential government revenues. Stepping back for a minute, we should remember that other countries have spent decades far above the 100 percent debt/GDP ratio (Japan) with little consequence.

Much the same criticism could be levied against the overuse of the “debt” number. The amount of debt is (to an extent) irrelevant—so long as the interest payments are manageable.

This gives a useful indication of the actual costs of debt accumulation—not simply the size of the stockpile. It also provides a more complete context to the evolution of the federal debt by implicitly including interest rates and changes to the tax code.

Using this measurement, America’s federal debt picture brightens significantly. Whereas debt to GDP is 100 percent and has persistently crept higher, payment to revenue has consistently moved lower. While the total debt outstanding is sitting at an all-time high above the $18 trillion mark, both net interest expense and total interest expense are off their highs. Net interest subtracts the payments on the roughly $5 trillion in intra-governmental debt holdings, thereby reducing the reported number.

Granted, the Federal Reserve’s low interest rate policy and subsequent QE program has caused borrowing rates to decline. And the aforementioned decline of interest payments to revenues was due to interest rates declining over the past couple decades. Therefore, the Fed is principally responsible for the phenomenon of low interest expenses, and some credit for the better economy and increasing revenue should be given to the Fed for its monetary intervention.

But there are still worrying possibilities. The potential for interest rates to rise in the future poses the most danger. A doubling of the interest payments would return the total interest payments to about 29 percent. This is a bit higher than 1992, when the debt level was lower, but the debt payments as a percent of revenues were far higher than today. A doubling of the net interest to about 15 percent would bring it to a level similar to the mid-90’s, but below the high teen figures that dominated the 1980’s.

There is a much higher debt level now, but a lower relative cost of debt service to revenues. This indicates interest rates and the resultant interest payments can move significantly higher without the debt becoming too much to handle.

There is no denying the debt amassed by the U.S. federal government is considerable, and has the potential to cause problems down the road. But looking at the issue through the narrow lens of debt/GDP would be a fallacy. Well publicized papers have argued that beyond a certain threshold level of debt/GDP, economic growth slows. In reality, the slowing was probably more attributable to changes in the costs of servicing the debt. The economics of debt change and so do the situations and context.

The U.S. “debt problem” is either nearing a crisis point—as it careens over the “slow growth” threshold—or is in fine shape—because revenue increases have outstripped interest payments. At the moment, there are plenty of revenues to cover the interest expenses, regardless of the absolute level of debt. Interest rates may rise, and with it the interest paid. The U.S. economy has dealt with higher revenue to interest paid, before. There is good reason to think that the cyanide is still contained, and the cat is still alive.