Why Are Elites Out of Touch? They Think Anyone Who Disagrees with Them Is Crazy 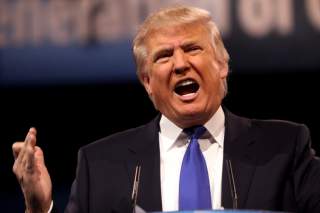 The experts told us that Brexit will not happen. It cannot happen. The consequences will be too severe. The economic fallout too great to even imagine. Yet, the unthinkable became a reality: The people of Britain voted "Leave,” against the experts' advice. How could this be? Did they not hear the experts' warnings? What went wrong?

Baffled, the experts searched for an answer. And they found one: the people went mad. They became mad from their anger at globalization. Globalization promised them riches, instead it made some of them unemployed. Or they became mad because of fear—fear from immigration and foreign people. Whatever the reason they went mad, the experts are sure of one thing: the fault is not with them. They gave sound advice. Their arguments were relevant. The fault is with the populace, not the leaders.

A few examples are in order. First, an article published in Foreign Policy with the title: "It's Time for the Elites to Rise up Against the Ignorant Masses." The writer claims the world is divided not between right and left, but between the sane and the angry. And the latter are angry simple because they are ignorant. "If they have known better, they would have done better" goes the saying. The masses need education from the elites. Once educated, they will follow their leadership. The Economist's article "The Politics of Anger" express the same theme. It too views the people of Britain and Trump's supporters as angry, their anger causing them to vote against the liberal order. Lastly, an article was published in Foreign Affairs, titled "Brexit's false democracy." From the article (emphasis mine): “Brexit’s real lesson is that there is a consequential divide between cosmopolitans who view the future with hope and those who have been left behind and have seen their economic situations and ways of life deteriorate.” Again, the problem is not with the European Union, but with people getting hurt from globalization.

Not a single expert has questioned his own beliefs. Not a single word on the dysfunction of the EU, or why exactly cosmopolitanism should be embraced. And the Brexit is just one example where the experts put the blame on the general public. Another is Trump. With few exceptions, most of the establishment calls Trump a fascist, a racist and a danger to American democracy. But he won enough votes to handily secure a major party's nomination. And again, instead of questioning why their voice has become irrelevant, the elites blame the masses. This trend cannot go on.

Why? Because it is counterproductive. Everyone recognizes the gap between the elites and the public. But by claiming the public is ignorant, racist, or paranoiac, you only widen the gap. That should not be our reality. A nation is strongest when the elites and the populace share a common goal. When they become rivals, opportunistic leaders use the situation to gain power. If we wish to protect democracy, to stop the decline of Western power, we should find a way to restore the elites influence on people's hearts and minds.

How? By replacing the elite’s language. If you look back at the articles I cited, you'll see a common language. A language not of rational discussion, of pros and cons, but of psychology. A writer explains the public based on its emotional or intellectual qualities. "The public is angry,” or "the people are ignorant.” In other cases, such as when discussing Trump's supporters, the writer will usually use adjectives from psychology. "The Republican nominee is manipulative, his supporters xenophobic." You will rarely find a writer addressing the arguments against the elites plans and values. Why is that? Well, if the people are ignorant, they should be educated. If they are angry, they should be medicated. We do not need to address people's concern about immigrants, because their concern is xenophobic and—again—ignorant. The language of psychology opens no discussion. In the writer's mind he is a therapist, helping his opponent understand the hidden reasons for his arguments. Once the opponent recognize his problem, he can be treated, “educated.”

You might argue that often times the public is not led by rational discussion, but by an emotional one. It might be true. But you cannot change feelings, let alone have an open discussion when you and your opponent slur back and forth nasty adjectives. And the blame is on all of the elite, left and right. Every side has utilized demagogy to its ends, destroying the political discussion in the process. The only way to improve the situation, is by returning to a sound public discourse. No adjectives, no borrowed terms from psychology. Yes, it might not make waves in the social media as much as shouting from the top of your lungs. But it will force you to reconsider old thoughts and ideas, helping facilitate understanding between opposite camps. A second advantage lies in rebuilding the trust of the people in the establishment.

Why do people support Trump? Why do they trust their governments less and less? Because of the artificial language of the establishment. One side of it is using psychology. the other is trying not to say anything with substance. Here's an example: in February of 2015, the White House held a three-day conference on “Countering Violent Extremism.” Extremism is the artificial term for “violent Islamic radicals.” Everyone knows the problem is Islamic radicals. However, since it is not right to talk just about Islamic radicals (or else you'll be called "Islamophobic") the establishment talks about countering all extremism (as if the Western world is in danger from Catholic priests taking arms.) This situation creates frustration in the general public. They know it's Islamists who are the problem, and they want the government to address the threat. Trump responded to their concerns by calling for a revision of the U.S. immigration system. How the elites responded? By mocking Trump's proposal as unrealistic and racist. To the people they say the terrorists are “un-Islamic.” When an ISIS fighter heard the claim, he laughed and asked "So what are we, Jews?" How can the people trust the elites, their government, when it refuses to state the reality?

This also has a critical effect on foreign policy. When we start to self-censor, talking in terms that have no meaning, we become sterile. No new ideas can come up, for we do not dare say or think other than what is in the consensus. Originality of thought is replaced with a complex jargon. When the people follow simplistic foreign-policy ideas we call them superficial. But we should not mistake our own knowledge of details as sign of “deep thinking.” Much of the current discussion on diplomatic matters is superficial, caused by the use of dishonest language. We talk about stability and trade, openness and security, about the importance a political solution to Syria and stabilizing Iraq. Yet we have no concrete plan of action. Trump's call for use of nuclear weapons against ISIS might be crazy, but is Operation Inherent Resolve any sounder? We need new ideas, ones that can only be produced in an open discussion.

We are living in a very important time. The gap between the elites and the public is widening. The reason, as briefly shown, is the elitist language of little substance, detached from the people and their concerns. The people in response have revolted with votes of no confidence and support to new leaders who are antiestablishment. The only way to close the gap, to win back support, is to abandon the language of therapy and political correctness, to one of honesty and rational arguments. There can be no other way.

Nitzan David Foucks is an Israeli writer and speaker on foreign policy and geopolitics.