Why Are People Who Live in Mountainous Regions Almost Impossible to Conquer? 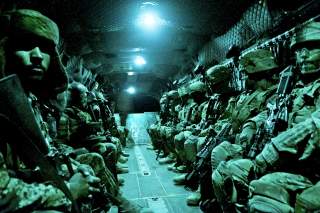 Yet terrain only explains part of the difficulty of “pacifying” mountain people—and the least significant part. Culture is a much greater problem. Mountain people tend to be clannish, inwardly focused, belligerent toward outsiders and tough. Constant infighting among clans and families insures their fighting skills and toughness are continually honed. Between 1991 and 2012, over ten thousand Albanians died in feuding—up to 20 percent of all males in Albania’s mountain communities. David B. Edward’s Heroes of the Age: Moral Fault Lines on the Afghan Frontier highlights the role conflict between cousins plays in Afghan society. Edward describes how cousins compete to lead their generation of the family. These competitions are often violent. “The word in Pashto for ‘male father’s-side first cousin’ is tarbur, which is, at the same time, also one way of saying ‘enemy’ in Pashto.”

Internal feuds between families, clans and tribes are an inherent part of many mountain cultures. In the United States, feuds between mountain families are legendary in West Virginia, Kentucky, Tennessee, Alabama and Arkansas. In Iraq, the Kurdistan Democratic Party (KDP) actually invited Saddam Hussein’s army into Kurdistan to help drive their rivals, the Patriotic Union of Kurdistan, out of Kirkuk. This was in 1996, when the United States was providing security guarantees for Kurdistan after the 1991 war with Iraq. Since then, the KDP has both suppressed the Kurdistan Workers Party (PKK), which is fighting for a Kurdish state in Turkey’s southeast, and allied with the PKK to fight the Islamic State. Separated by harsh terrain, mountain people often fight each other—until outsiders show up, and then they loosely cooperate to eject the outsider, before returning to their intramural conflicts.

And the conquerors frequently left. Historically, they have only stayed when the resources available in the conquered territory’s strategic value made it worth the expense of maintaining control. For instance, England held Scotland despite the high cost because control eliminated a serious threat to its rear during its fights with continental enemies. If an area didn’t have economic or strategic value, the occupying power came to understand it was cheaper to deal with any threat from the mountains by blocking it in rather than trying to change the mountain society via occupation. The choke points that keep outsiders out can also keep mountain people in.

This brief analysis of mountain people has implications for U.S. policy. Despite the abysmal historical record of changing mountain societies, the United States finds itself directly or indirectly involved in three conflicts with mountain people—the eastern Pashtuns, the Kurds and the Houthis of Yemen. It is too late to avoid getting involved in these conflicts. However, history should temper any American administration’s ideas on how to resolve them and to be realistic about what it can actually accomplish. Perhaps the most important factor is to recognize the realities of mountain cultures. Even today, a common trait is the idea that all men are independent decisionmakers. They will accept rule by local governments—made up of people they select, not those appointed from outside. Mountain people have consistently demonstrated they do not want to live under the rule of outsiders, or often, even share a government with lowlanders. They have demonstrated this through centuries of active and passive resistance to assimilation. Integrating mountain people into a state can be done, but takes hundreds of years.

Thus, the first rule in dealing with mountain people should be to leave them alone. If a nation decides it is a strategic imperative to fight them, it should not attempt to impose centralized government and especially not try to force outside officials on them. Historically, mountain peoples govern themselves locally. Any larger government was usually achieved only after centuries of often bloody effort.

As the United States seeks to resolve the conflicts in Afghanistan, Iraq and Yemen, it is essential it does not try to fundamentally change their societies. Rather than trying to “fix” societies that do not think they are broken, it should focus on U.S. strategic goals. In each of these campaigns, the U.S. goal is to prevent the creation of a sanctuary for international terrorists. In the past, Washington has tried to remake societies to eliminate the motivation that leads a few to become terrorists. Instead, the United States should, for the most part, let mountain people govern themselves. If they choose to continue to threaten U.S. security, then the United States should seek to contain the few terrorists rather than remake entire societies.

The United States and other Western powers have generally been more successful in their interactions with lowland societies. While the United States is far from achieving stability in either Iraq or Syria, it has made significantly more progress on the desert terrain than it has in mountainous Afghanistan.

As for the future, an outsider’s default position should be to just leave mountain people alone. Unfortunately, there may be times, like the United States in the post 9/11 invasion of Afghanistan, when a nation has to take action. In these situations, it is essential to keep in mind the historical record. Nation-building, even when done by the people of the mountain society, is a decades to centuries long struggle that will most likely fail to significantly alter their society. The United States needs to accept that punishment raids followed by campaigns focused on suppressing terrorist capabilities (“mowing the grass”) will be both more effective and cheaper.

Dr. T. X. Hammes is a Distinguished Research Fellow at the U. S. National Defense University. The views expressed here are his own and do not reflect the views of the U.S. government.